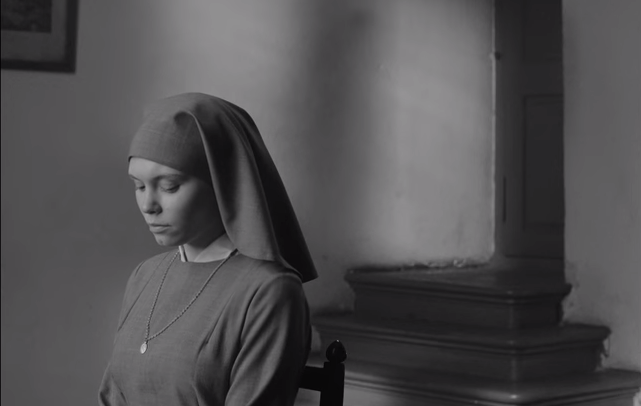 Ida is the first foreign language Oscar win for Poland even though the country’s films have been nominated ten times within the last five decades. The film defeated the much-fancied Russian anti-Putin satire Leviathan.

“We make a film about silence and withdrawing from the world and the need for contemplation – and here we are, at the epicentre of world noise and attention. Fantastic – life is full of surprises,” said Paweł Pawlikowski, the 57-year-old filmmaker who has lived and worked most of his life in the UK, when accepting the award.

But this intimate black-and-white drama had a long road to the podium. It played Telluride all the way back in 2013, but missed the Oscar cutoff date that year, and rolled out throughout 2014 internationally. Since then it has won numerous prizes including the European Film Award, three Eagles — Polish Film Awards, Golden Frog at CamerimagePrize, the European Parliament’s Lux Prize, two nominations to BAFTA (one award) and a nomination to the Golden Globes.

“It was a harmless little arthouse film when it first came out,” Pawlikowski explains. “It was only when it started winning awards – not just the Oscar nominations, but the European film awards, and then the Globe nomination – that it became a public phenomenon. Suddenly there was a spate of nasty articles, about how unpatriotic and disgraceful it was, and how it was designed for an Oscar. If there was one film that wasn’t designed for an Oscar, it was this one!”

Set in Poland in 1962, the film is about a Catholic novice nun, orphaned as an infant during the German occupation of World War II. Before taking vows, she must now meet her aunt, a former Communist state prosecutor and the only surviving relative who tells her that her parents were Jewish. Called a “compact masterpiece” and an “eerily beautiful road movie,” Ida has also been said to “contain a cosmos of guilt, violence and pain”, even if certain historical events (German occupation of Poland, the Holocaust and Stalinism) remain unsaid: “none of this is stated, but all of it is built, so to speak, into the atmosphere: the country feels dead, the population sparse.”

But Ida has generated a wave of controversy in Poland and has been attacked both by conservatives and leftists for different reasons. Many accused the film of failing to acknowledge the German occupation of Poland, calling it “anti-Polish.”

Pawlikowski says he did not make Ida to stir debate, “I wanted to make the film very specific and very concrete, and at the same time universal and poetic. Audiences in Brazil, Spain or Finland respond to it because it transcends the time and the place where it is set. And not because they are being educated about the ins and outs of Polish history. In their head, the film has some kind of ideological intention. For me, everybody in the film is Polish. I wanted to cut across all the kind of sterile arguments that have been around. What cinema’s good for, what art is good for, is to be specific in order to be universal. And not to have another of these films that try to explain a version of history.”