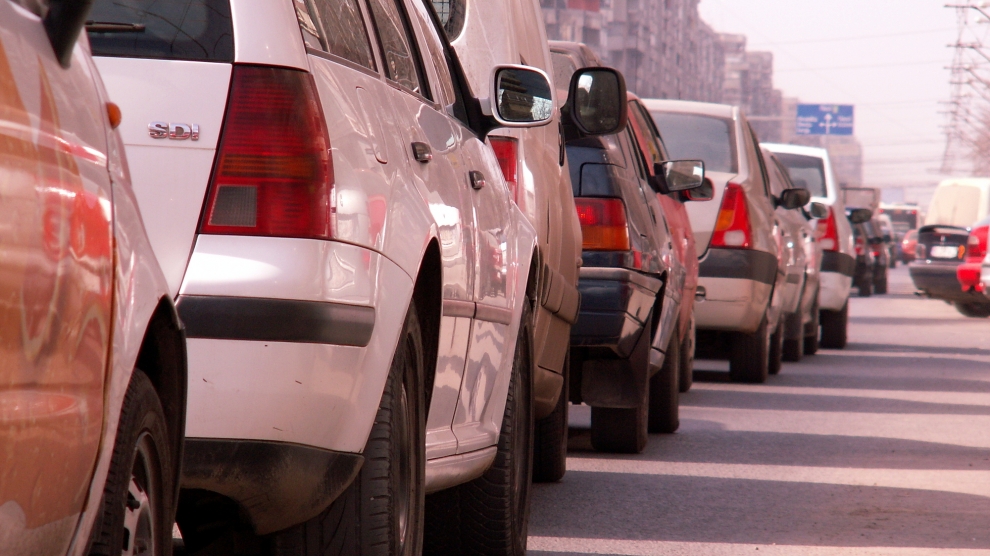 Unfairly regarded by many as an awkward mix of the socialist realism of Warsaw and the chaos of Cairo, Bucharest is a city that hides its charms well. Increasingly popular as a weekend-break destination it offers Europe’s best coffee, a food scene to rival anywhere and some incredibly wild and hedonistic nightlife.

Bucharest has never felt more vibrant, more decadent and more immediate. A city in constant flux the immense changes of the past decade have created a city that in its heart begs to be loved despite its spiky exterior. Next summer its huge stadium will play host to a number of matches in the UEFA 2020 European football championship, with fans from across the continent set to arrive in huge numbers. We suggest you get here before they do.

Bucharest’s Otopeni/Henri Coanda airport is around 20 kilometres from the city centre. A railway line is currently being built between the airport and the main station, Gara de Nord, but in classic Romanian style there are huge doubts if it will be completed in time for UEFA 2020, which kicks off in June. Right now, the only reliable public transport connection is a bus, the No. 783, which runs to the city centre at 30 minute intervals day and night. Tickets (in the form of a plastic card that can be topped-up for use on all buses and trams in the city) need to be bought in advance from the small kiosk next to the stop, which is outside the lower level of the arrivals terminal. Taxis are cheap, costing no more than 50 lei (10.50 euros) for a ride to the city centre. You can also call an Uber or Bolt.

The heart of Bucharest is Piața Universității, dominated by the towering InterContinental hotel. Just south of here is the Old Town, or Lipscani, area, home to numerous restaurants, bars, pubs and clubs and very lively at night (maybe a bit too lively for some). Just beyond that is Piața Unirii: a vast, featureless concrete expanse that is the centrepiece of socialist-era Bucharest. At the far end of Bulevardul Unirii, which dissects the square, is Romania’s most (in)famous building: Palatul Parlamentului, built at the fag end of the Nicolae Ceaușescu regime and home today to the country’s parliament. Far more pleasant is the north of the city, around Herastrau park, a leafy district of villas and modernist architecture, and location of some seriously upmarket restaurants.

Head to parliament for the guided tour of what is Europe’s largest building. Much of it is off-limits, but you will get to appreciate the sheer scale of the place, as well as take in one of the best views of the city from the enormous balcony. You will need to bring ID. Note that Izvor is the closest metro station to the entrance (which is on the right-hand side of the building if looking face-on).

Then take a stroll along Calea Victoriei, the city’s most historic street and home to a number of superb buildings, not the least of which is CEC (the National Savings Bank). You will pass through Piața Revoluției, home to the former Communist Party Central HQ, the balcony of which was the site of Ceaușescu’s last public appearance on the morning of December 22, 1989. He fled by helicopter from the roof shortly afterwards and was shot three days later.

The Athénée Palace Hilton on the far side of the square is the best place in the city to stay (if you have the cash), and the Athenuem concert hall opposite Bucharest’s best-loved building. Classical concerts are held most evenings.

Further along Calea Victoriei is the George Enescu Museum, a wonderful late-19th century palace now dedicated to the memory of Romania’s best-known composer.

Spend the later afternoon strolling around Herastrau park, looking out for its bizarre mix of statues, featuring poets and writers from across the world, as well as a ghastly likeness of Charles de Gaulle. There is a sensational range of high-end restaurants on the northern side of the park’s lake, of which our favourite is La Brasserie, a popular hangout for the city’s rich and famous, drawn by an unsurpassed wine list and superb food such as fusilli with veal ragout.

Start with coffee at one of the hip new speciality coffee shops that have taken the city by storm. We like centrally-located Beans and Dots, whose baristas (all with rock star looks) blend their own coffee and don’t get annoyed if you ask for sugar (a few other coffee places do).

It’s then time for more Ceaușescu, in the shape of his former home, the Spring Palace. A pleasant if unfussy villa from the outside (complete with sensational gardens) the interior is a veritable panoply of kitsch design, including gold-plated toilets and taps and a swimming pool surrounded by colourful yet garish and poorly executed mosaics, reminiscent of the kind of picture a proud young child presents a parent and demands be placed on the fridge. Note that you need to book a tour of the palace at least 24 hours in advance.

While parliament provides an insight into Ceaușescu’s megalomania, his home provides an intimate and unique look at his private life, not least the family hierarchy. The Ceaușescus had three children: Valentin, Zoia and Nicu. If the size of their respective apartments is anything to judge by (and, having studied how Ceaușescu made decisions, it probably is), then Zoia was clearly her parents’ favourite.

Now Bucharest’s most popular attraction, Therme is the largest thermal bath and water park complex anywhere in Central and Eastern Europe. You should allow at least a full afternoon to sample all of its pools, slides, treatments, massages and bars, and should you wish to stay even longer you can: it’s open until midnight, even later during the summer (when it is also home to the largest artificial beach in Europe). It’s located just past the airport: a taxi will get you here for around 50 lei, or there is a free shuttle bus from Piața Romana.

Should you have any time left, a walk around the city centre, in the back streets that run between Piața Universității and Piața Unirii will unearth a few architectural gems, including a decent selection of art deco apartment and office blocks.

For your last supper in Bucharest, head to the city’s (and indeed Romania’s) finest restaurant: The Artist, on the northern end of Calea Victoriei. The tasting menus, which offer a chance to sample all of the seasonal starters, main courses and desserts, are an amazing adventure starring wonderfully inventive flavours that should not be missed: you will need to reserve in advance, the place is usually full, especially at the weekend. If it’s Romanian food you are looking for, try Maize or Kaiamo, both of which offer contemporary versions of local classic dishes.

If you fancy a really late night, the clubs await. The wealthy and/or supremely good looking head for BOA, on the edge of Herastrau park, Loft or Face. All feature top local and international DJs, floor shows with barely-dressed dancers (of both sexes) and eye-wateringly priced drinks.

For a more down-to-earth night out head for the three floors of fun that is Mojo in the Old Town. Upstairs is Bucharest’s liveliest karaoke bar (you will need a reservation), downstairs is live music (and once a month English-language stand-up comedy), while the ground floor is a sports bar showing football and rugby from around the world.