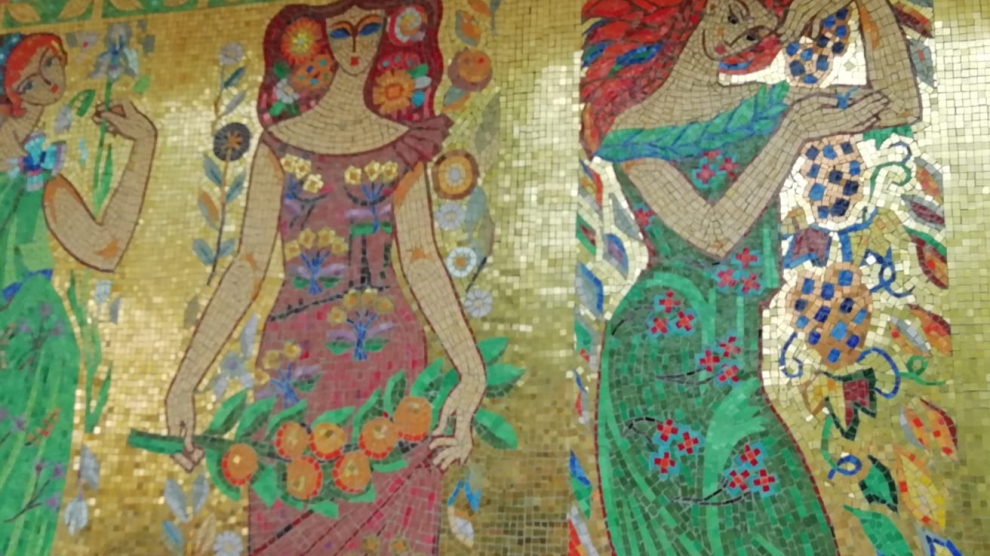 One of the first assignments I ever undertook as reporter in Romania, back in 1999, was to visit the so-called Spring Palace in the plush Primaverii neighbourhood of the capital Bucharest. The building was at the time off limits to the general public, and was something of a mess. Its many rooms – and there are over 150 of them, many underground – were full of gifts that had been given to the Romanian dictator Nicolae Ceaușescu and his wife Elena by visiting foreign dignitaries. The gifts were about to be auctioned off, and my job was to photograph and write about a few of the best of them ahead of the auction. Highlights included a tasteless pair of bronze busts – one of Nicolae, the other Elena – which would eventually be bought by the then Bucharest correspondent of the Financial Times. He used them as doorstops. They no doubt still take pride of place in his home, now in Los Angeles.

Unlike a number of buildings in Bucharest which were ransacked during the 1989 uprising that overthrew Ceaușescu, the Palatul Primaverii (as it is known in Romanian) was spared. The Romanian army guarded the palace in great numbers in order to protect it, perhaps under the impression that it would continue to serve as the residence of the country’s president, whoever that may be. It didn’t. Instead, the former royal palace at Cotroceni was chosen to be the new president’s official residence, which it remains to this day. 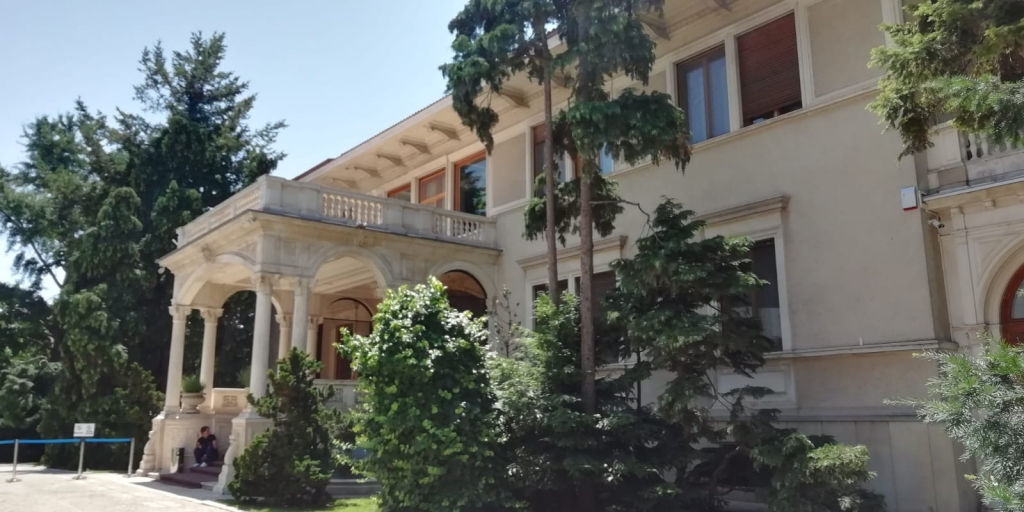 In 2014 the Spring Palace was put up for sale but found no buyers. Two years later it was finally opened to the public. Thanks to the soldiers who guarded it so diligently in 1989, and with the thousands of gifts from African dictators long gone, it today looks much the same as it did when the Ceaușescus left it for the last time in December 1989.

The palace was built in the mid-1960s, and both designed and decorated to the exact specifications of the Ceaușescus themselves. It is a monument to kitsch. The furniture aches to be elegant, Viennese even, but falls well short. Gold and marble are everywhere, not least in the extraordinarily opulent bathrooms. Even the toilets are awash with gold plate. The swimming pool is surrounded by colourful yet garish and poorly executed mosaics, reminiscent of the kind of picture a proud young child presents a parent and demands be placed on the fridge. A lack of money was clearly not a problem. A lack of good taste clearly was. 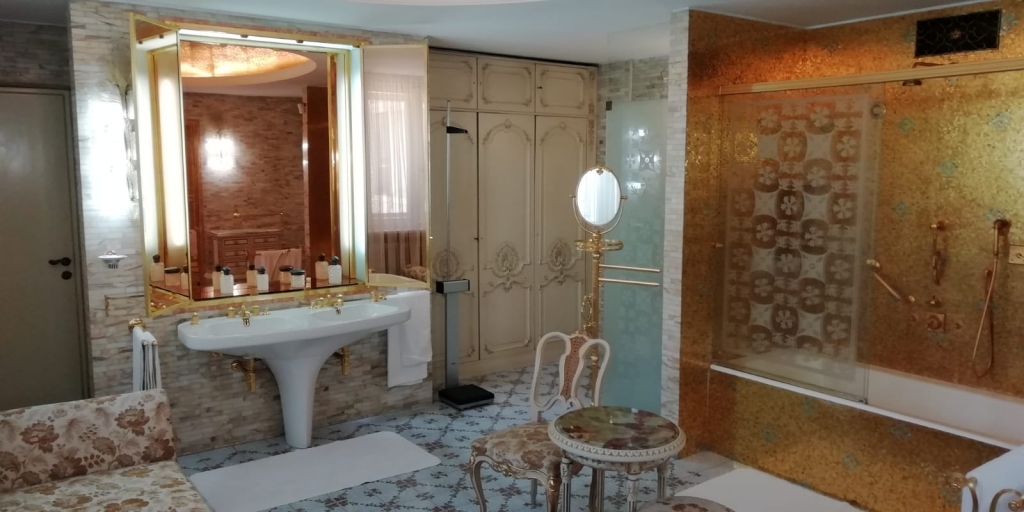 While the more (in)famous and far larger Palace of Parliament – built in the 1980s – provides an insight into Ceaușescu’s megalomania, his home provides an intimate and unique look at his private life, not least the family hierarchy. The Ceaușescus had three children: Valentin, Zoia and Nicu. If the size of their respective apartments is anything to judge by (and, having studied how Ceaușescu made decisions, it probably is), then Zoia was clearly her parents’ favourite.

The one part of the palace which is unquestionably lovely is the courtyard. With shade offered by a plethora of beautifully tended trees it would have been the perfect place to relax after a busy day destroying the country’s economy. The miserable existence of ordinary Romanians during Ceaușescu’s time in office is a million miles away.

And that is the overwhelming sensation visitors leave the palace with: that a leader who on paper at least strove to create an egalitarian society that provided generously for all could have the temerity to live in such luxury while the 23 million souls whose well-being he claimed to care for queued for basic foodstuffs.

The Spring Palace is open Tuesday to Sunday, 10am-5pm. Tours are currently limited in size due to Covid-19 social distancing restrictions, and are available in Romanian, English and French. You will need to book 24 hours in advance. Face masks must be worn at all times.