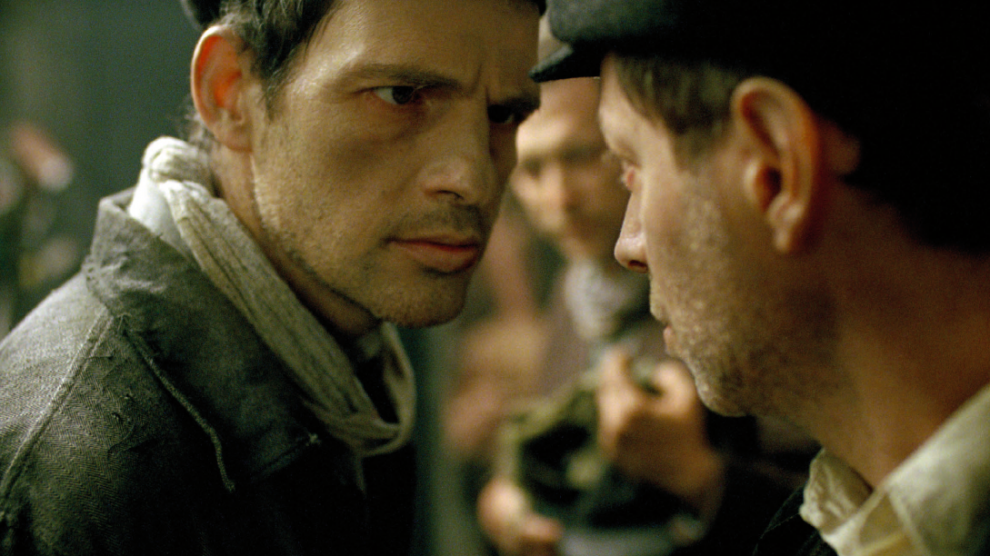 Son of Saul, the winner of the Grand Prix at last year’s Cannes Film Festival, features Saul Auslander, a Hungarian-Jewish prisoner,  played by Géza Röhrig, as a member of the Sonderkommando at Auschwitz-Birkenau, forced to cremate the bodies of fellow prisoners gassed by the Nazis at the concentration camp.

When he wants to start realising his task he thinks he recognizes his son among the dead. Meanwhile other members of the Sonderkommando learn about their impending extermination, rise up and destroy the crematorium. Despite that, Saul keeps focused on his own plan to save his son’s corpse from the flames and find a rabbi to say Kaddish at a proper funeral.

“You know, the Holocaust has become over the years an abstraction. For me it’s more a face, a human face. Let’s not forget this face,” said director László Nemes said on accepting the award.

The film relates to the director’s family story. “A part of my family was assassinated in Auschwitz. It was something we talked about every day. When I was little, I had the impression that “evil had been done.” I imagined it like a black hole burrowed within us; something had broken, and my inability to grasp exactly what it was kept me isolated. I didn’t understand for many years. Then, the time came for me to reconnect with that specific part of my family’s history,” said Nemes in an interview.

Upon its release at Cannes, the film was met with critical acclaim: Justin Chang, Variety: “A terrifyingly accomplished first feature for 38-year-old Hungarian writer-director László Nemes.” A. O. Scott, New York Times: “The movie offers less insight than sensation, an emotional experience that sits too comfortably within the norms of entertainment.” Peter Travers, Rolling Stone: Nemes is tackling a subject of enormous complexity. The result is, quite simply, a great film. Joe Morgenstern·Wall Street Journal: “Son of Saul,” a great movie and a debut feature by László Nemes, summons up a world we may think we know from a visual perspective we’ve never encountered. A.A. Dowd, A.V. Club: “Son Of Saul, for all the enormity of its subject matter, is an oddly gripping experience—a vision of intense purpose found in what may be the final hours of a life.”

Announcer Hellen Mirren said it was the first time a Hungarian film has ever won the award.  Hungary was previously nominated twice, in 1989 for the World War II film Hanussen and in 1986 for Colonel Redl, but never won.

The Hungarian film was included on many critics’ year-end lists and for some time was considered a potential Best Picture Oscar nominee.

Chris Lowney — What Jesuit Spirituality Can Teach Us About Global Leadership
With the Chopin Competition, Its Founder Hit the Right Note
Comment