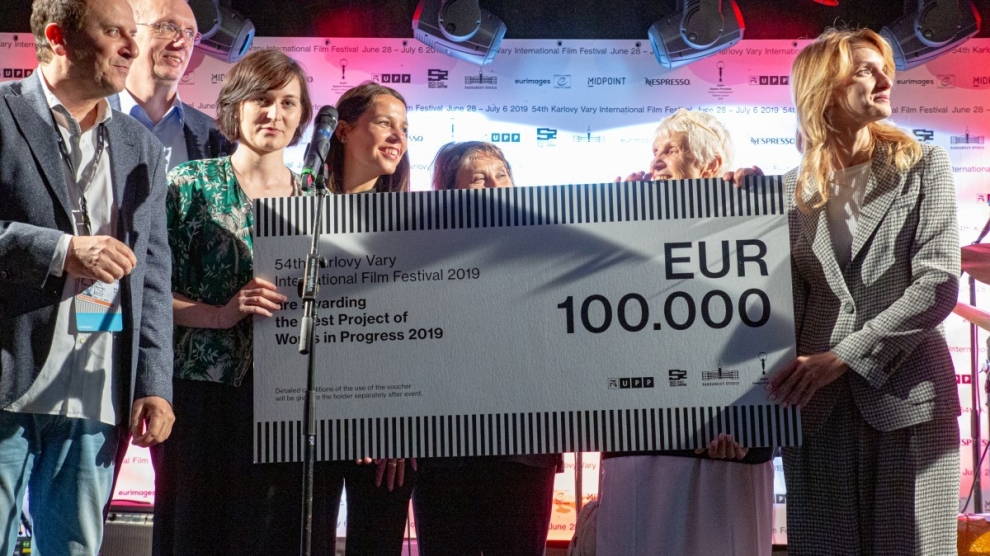 The 54th edition of the Karlovy Vary Film Festival took place in the Czech Republic this past week, showcasing the best of the Central and Eastern European film industry.

Like every year, international stars were given awards, and the 2019 edition was dedicated to actress Julianne Moore, who was presented with Karlovy Vary’s Crystal Globe for her outstanding artistic contribution to world cinema.

Although the festival is these days attended by people from all over the world, it was originally intended to create a bridge between talented filmmakers from the East and potential Western partners, festivals and audiences.

“This is the perfect place to present films by upcoming filmmakers from the region, to present them to a Western audience and to open doors for them to other festivals, for the films to be seen by the sales representatives, distributors and film industry guests who are coming here to Karlovy Vary,” said Lenka Tyrpáková, one of the organisers of the festival.

“The support of the national institutions is very important,” she continued. “For example, when we talk about Kosovo, the head of the Kosovo Cinematography Centre, Arben Zharku, is very active. He travels to the big festivals and he knows what the audience expects. The same goes for Ukraine. When I started, there was not a strong young cinema in Ukraine. But over the last four or five years, we’ve seen some very interesting Ukrainian films premiering here and travelling very well around the festival circuit.”

Part of the festival is the traditional Works in Progress competition which focuses on projects from Central and Eastern Europe, the Balkans, the former Soviet Union, the Middle East, and North Africa in the post-production stage.

“Our choice went for a film in which we felt the director created a unique realm filled with a prophetic dimension,” said the jury. “With strong cinematic language, this first-time filmmaker offers a visual and harmonious world through a story with resonance, announcing a unique voice from a country we do not see much cinema from.”

In Pigeon’s Milk, a teenager from a remote Moldovan village is planning to escape to Europe with his gypsy friend, although it is hard for him to leave his mother and a new classmate he likes. But the girl shows an interest only for a local thug, whose father is having an affair with the main character’s mother. The boy decides to seek revenge against the people who have taken away the two women he loves. However, it doesn’t quite go as planned and his escape runs the risk of failing.

Hungary also performed well, with short movie Some Birds, directed by Daniel Hever, winning the Works in Development – Feature Launch award, which presents projects in development and offers expert feedback to filmmakers from the CEE region.

Some Birds follows an old man, Béla, who is moved to a nursing home against his will by his estranged son and has to spend his days with an impulsive teenage girl, Zoé, who is sentenced to do social work there. They both struggle with their families but they find in each other unexpected allies and they embark on a journey together.

“It is a story about two people who are trying to find a place in the world, creating a special bond that transcends generations,” commented the jury.

Lithuania was another country to do well, notably Karolis Kaupinis’ debut feature film Nova Lituania, where a Lithuanian interwar geography professor tries to establish a Lithuanian colony overseas in the efforts to save his country.

Mr Kaupinis attempted to deliver the highest level of factual accuracy since history is a very sensitive topic for small nations.

“We should be more decisive, more black-and-white, rather than tacking somewhere in between,” he underlined when thinking about what Lithuanians can learn from his movie.

The Polish celebrities eyeing seats in parliament
The Danube Swabians: A story of cultural loss and revival
Comment