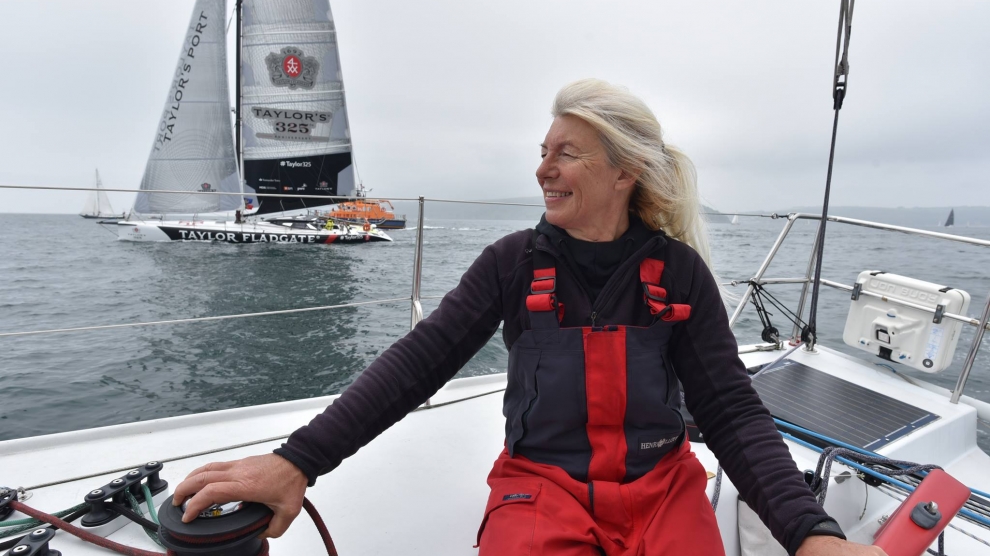 “Ms Pajkowska is one of the most experienced ocean sailors in Poland, if not the world. In 2008-9 she completed the journey westwards, but with a stop in South Africa. Her second voyage, between 2010-11, saw her and husband Aleksander Nebelski, who’s also a sailor, attempt to do the same thing but after setting off from Florida they were forced to end their journey in Monfalcone, Italy,” writes The First News.

Captain Pajkowska is the first Polish woman to complete a solo circumnavigation of the globe and the fourth Pole to achieve such a feat. Her journey began on September 2018 when she set sail from Plymouth in the UK on FanFan, a 12-metre yacht, and arrived back in Plymouth on April 28 after 216 days at sea.

“FanFan was loaned to me in order to help me realise my dream. Ten years ago I sailed the 8.5-metre Mantra Asia but was forced to stop in South Africa to avoid a gale. This time I was determined to finish the circumnavigation,” Ms Pajkowska told Scuttlebutt Sailing News.

To achieve such a feat comes with many risks and complications: Ms Pajkowska explains that “technical problems will always arise during a trip like this, even with the best preparations.”

She was met with a series of gales during the voyage, the autopilot stopped working and she had to steer by hand for several hours. She also broke her ribs after being thrown across the boat and landing on a solar panel bracket.

Ms Pajkowksa documented the entire trip on her website. On March 20, she wrote:

“There are also pleasant moments. A large pod of dolphins appeared at sunrise. These are the first dolphins of warm waters. I did not think that with my speed of 2.5 knots I would be an attraction for them, but they also moved in slow motion, leisurely…”

“I only got frustrated when there was no wind and perhaps when my boat’s gas installation failed and I had to cook on a small portable heater! I don’t mind my own company, so I never felt lonely. I am so happy to have achieved my childhood dream. The whole trip was an adventure of a lifetime.”