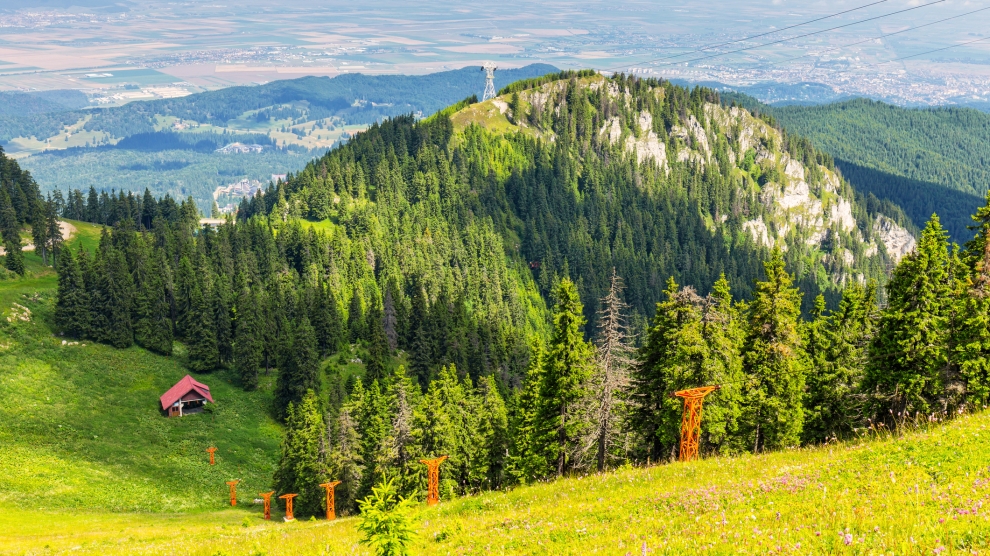 It’s the footwear which gives them away. Sandals, trainers, sometimes even flip-flops. It’s why Romanians call them pantofari, not an easy word to translate. It’s a pejorative word for someone who wears ordinary shoes when a decent pair of hiking boots is called for.

Poiana Brașov, long Romania’s leading mountain resort, is full of pantofari. (Both during the summer and the winter: it’s not unusual to see well-dressed ladies in high heels walking down the snowy slopes, particularly at New Year).

Long a retreat for wealthy Romanians, Poiana Brașov (known as Poiana Stalin for much of the 1950s) was developed as an international ski resort in the late 1960s and geared almost entirely towards foreign tourists on cheap packages. Large, self-contained hotels were built in which tourists not only slept, but also ate, drank and watched questionable entertainment in kitsch nightclubs. Unless on the slopes skiing, or on a carefully chaperoned excursion, spending time outside the hotels was not encouraged. Mixing with the locals was frowned upon. Not that there were many to mix with: it was difficult for Romanians without the right connections to reserve rooms here, and those with the right connections usually had party cards and could be relied upon to stick to the approved line about how wonderful was life in the socialist paradise.

Poiana Brașov, where there was not an apartment block or queue in sight, the food and drink was plentiful (if not always particularly appetising) and the scantily clad dancers in the nightclubs conveyed an unexpected sense of liberal values, was the public face that this most restricted of all the eastern-bloc police states wanted to present to the world.

Sometimes, however, the mask slipped.

On March 2, 1989, wearing a placard around his neck on which he had written ‘Living in Romania is like living in Auschwitz’, Liviu Babeș, a 37-year old electrician, walked on to the Bradul ski slope and, in front of a horrified group of Scottish skiers, set himself alight. He died of his injuries later the same day.

Few visitors to Poiana Brașov today are aware of Babes, although there is a memorial to him, in the courtyard of the resort’s Maramureș-style church.

Not as cheap as it once was, Poiana Brașov no longer features in many western European holiday brochures, neither as a summer nor winter destination. It has been reclaimed by Romanians: both the wealthy, who can afford to stay here, and the less well-remunerated who visit on day trips. Pantofari one and all, they ride the cable car to the top of the Postavarul Mountain and spend a few minutes walking around, take selfies and perhaps eat at one of the mountain cabins before riding it back down again. A few of the more adventurous walk down the grassy slopes, a handful of the most brave walk up, but hardly any use the many excellent mountain trails that wind through the forests: a boon for those of us with the right footwear who can climb or descend for hours without seeing nary another soul. It’s something of a paradox that the most popular mountain resort in Romania has some of the country’s emptiest hiking trails.

Pantofari aside, there is much to like about Poiana Brașov. One of the reasons it is relatively expensive to stay here is because it has been spared the over-development of other Romanian mountain resorts. No monstrous apartment blocks here, just hotels, villas and houses which have by and large been built with consideration for their surroundings. Even the monolithic hotels of the communist era were built with a certain regard for the setting.

As for the pantofari, they are easy to forgive. Poiana Brașov was all but off-limits to ordinary Romanians for decades. Why begrudge them their right to walk up a ski slope in flip-flops? Liviu Babes gave his life so that they might do just that.