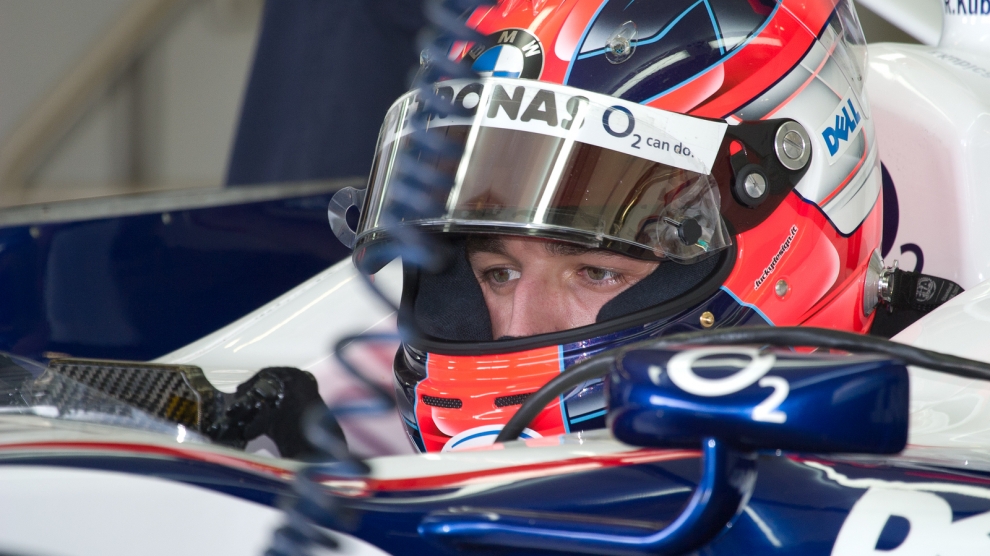 The 2019 Formula One (F1) season is about to go into full throttle, with the opening Australian Grand Prix taking place on March 17. While most are eager to watch the high speed race, for Poles there is an added incentive to watch: the return of Poland’s first F1 driver, Robert Kubica, making his second debut in the sport, this time with Williams.

“It will be a very emotional Grand Prix. It is the second debut for me after being away from the sport for many years. My last Formula One race was in Abu Dhabi 2010, so I am looking forward to going to Australia with a few things to cover and learn. I hope to enjoy the weekend and that everything will run smoothly without any big issues so I can concentrate on my driving and discover a new Formula One,” Kubica said at a press conference ahead of the race.

Eight years ago, Kubica was considered as one of the best drivers of his generation and touted as a future champion. However, his F1 career came to an abrupt halt in 2011 when he suffered a career-ending injury, during the first stage of the Ronde di Andorra rally. The crash left Kubica with a partially severed right arm, which resulted in him needing emergency surgery, which included a partial amputation of his right forearm.

A return to F1 looked impossible, and Kubica admits that “it has been a challenging journey to make it back to the Formula One grid, but what seemed almost impossible is now beginning to feel possible.”

Simply, he was not ready to give up on his life-long dream.

“You gain nothing from giving up. I knew it would not fix my problems. You have to face reality, you have to adapt and try to move forward. It’s simple, you don’t gain anything by giving up.”

However, the road back to F1 has not been easy or fast, and Kubica has had to undergo several rounds of surgery as well as intense physiotherapy. He also had to face mental and emotional challenges.

“The period straight after the accident was probably the most difficult physically,” he says. Part of the process required him to learn to adapt to his new situation, explaining that he had to relearn how to use his body and discover its new limitations.

“You live in a different situation, so in the end there is a kind of switch and you change your mindset, you have to learn and you have to want to learn. I discovered how powerful the brain can be. The brain adapts very quickly. It is incredible how quickly we can adapt and what progress we can make in a very short time,” explains Kubica, emphasising that adapting to his new environment mentally was extremely tough.

“The period where you have to adapt mentally, this was even more difficult. Physical things you can solve. But you discover you have not moved forwards but backwards. Dealing with that is a mental task. You have to be strong. I do not have an easy character, definitely, and in those days this character helped me quite a lot.”

While Kubica has made a tremendous recovery, critics have argued that he may not be as capable as other drivers on the circuit, due to the fact that his right arm lacks the range of motion it once had and that he has to compensate with his other arm.

According to Dr Riccardo Ceccarelli, a specialist in sports medicine, Kubica is not driving with only one arm, pointing again to his fitness and economical driving style – a style that was perhaps honed on the go-kart tracks of his youth, where he used to spend hours tirelessly running-in new engines for himself and then team mate Nico Rosberg.

“Robert is extremely strong in terms of aerobic fitness. You need to be physically strong to drive a F1 car – but there’s a limit to the amount of muscle you need. Because Robert does not waste energy during driving, he does not need to be Mr Muscle,” explains Dr Ceccarelli.

While the physical disability could pose a problem for some, Dr Ceccarelli feels it was a non-issue for Kubica, the main focus was on his mind.

“We work on filtering the brain, taking out any activity you do not need. In this situation, Robert is extremely strong. This is his strong point. Even if he’s in a difficult situation, he’s able to cut himself off from outside stress and allow the brain to focus on the driving. This is why he consumes very low energy. This is why in my opinion, he’s the only driver able to drive a F1 car with the physical limitation that he has. It’s because he’s so natural in driving, so economic, he can positively compensate.”

Dr Ceccarelli is not the only person who believes in Kubica. Claire Williams, deputy team principal of Williams, stands behind the decision to put Kubica back behind the wheel.

“I don’t see Robert as injured, I never have. I take people for what they deliver, against what you’re asking them to deliver. Last year, the fact he didn’t get the race seat but still started to work with us as a reserve and development driver is a testament to his strength of character. I don’t see [his physical limitations], so for me, it wasn’t a huge consideration. Of course there is a consideration there because you’ve got to do the right thing from a human perspective, you’ve got to know that someone is capable of driving one of these machines, not least a team like ours that have lost drivers,” explains Ms Williams.

“We wouldn’t have given him the race seat if we didn’t feel we could. From a fitness perspective, I think you would struggle to find a fitter racing driver. The guy is constantly ensuring that his fitness is at a supreme level,” adds Ms Williams.

While Kubica has recovered from his injuries and is scheduled to race over the weekend, he is still faced with new challenges, in what he refers to as “new Formula One”.

“The last time he raced in F1 it was with a normally aspirated V8 engine – not the V6 turbo-hybrid engines of today. The cars were also significantly lighter, and ran on Bridgestone tyres rather than Pirelli, which have very different characteristics. The new aerodynamic regulations for 2019 mean all of the drivers are getting a reset to some extent, but the Pole – who admitted he’s lacking confidence for Australia, after Williams’ well-documented issues in testing – is under no illusions as to the scale of the task he’s facing,” writes Formula1.com.

“I may go off track – but sometimes you need to fall off to know how far you can push. I’m not hiding behind my limitations. I don’t gain anything by having them or talking about them… This is me. If it will be enough for F1 in the future, I’m happy. If not, I tried. It’s a big challenge. But in the past eight years, I have had much bigger challenges than this,” concludes Kubica