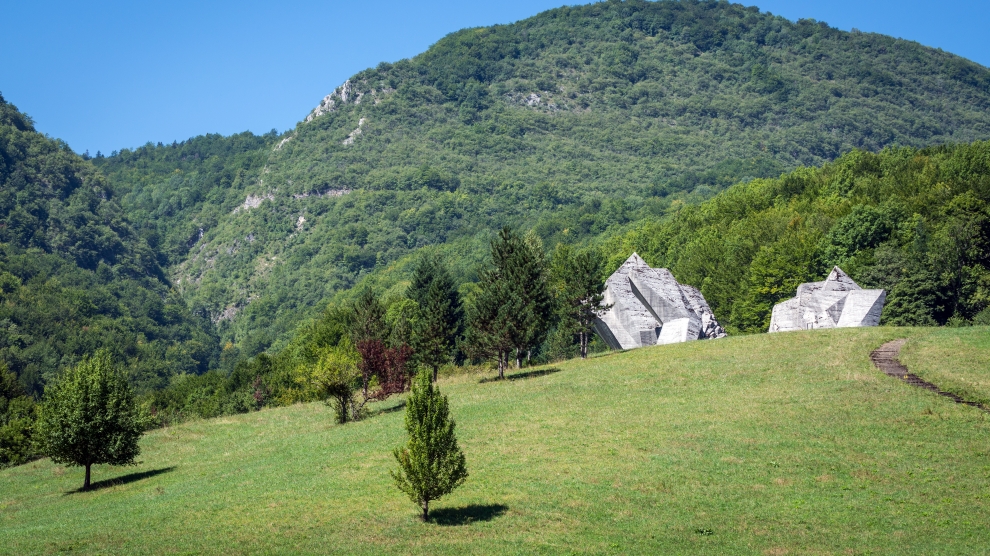 Statues and monuments have never been more topical. A wave of iconoclasm has swept across much of the western world, forcing several countries to belatedly question their less than glorious pasts. Two weeks ago a statue of Edward Colston, an Englishman who made a fortune in the slave trade, was removed by Black Lives Matter protesters from its pedestal in Bristol and dumped in the sea. Local authorities in London have even been forced to secure a statue of Winston Churchill for fear that it may be also attacked by protesters. Meanwhile, in Belgium, statues of King Leopold II, who established a brutal colonial regime in the Congo, will soon disappear from public view for good.

Emerging Europe has been casting knowing glances towards its western neighbours. The region knows a thing or two about unwanted statues and memorials. Most countries took down anything with communist era connections – not least statues of Lenin – as soon as their communist regimes had themselves been toppled. In some places the statues were destroyed, in others they were brought together in one place, such as Memento Park on the outskirts of Budapest, Hungary.

In the former Yugoslavia, where there were no Lenin statues, a large number of monuments from the communist era – not all of which are unwanted – remain in situ.

Called spomeniks (Bosnian-Croatian-Serbian for monument), these (usually) concrete structures can still be seen all over what used to be Yugoslavia, commemorating various events mostly centered around World War II.

Built between 1950 and 1980, they represent the sites of various Nazi atrocities, as well as victories achieved in what Yugoslavia called the “National Liberation War.”

In 2013, the Guardian likened the spomeniks to “alien art”. Others have said that they look a bit like UFOs. And while it is easy to appreciate them on a purely aesthetic level, for their strangeness and boldness, doing so divorces them from their meaning.

For some, they represent victories, for others they are communist eyesores. Many simply view them as relics of a bygone era.

What usually captures the imagination of visitors are the highly unusual shapes and construction of the monuments. The reason for this can actually be found in Yugoslav leader Josip Tito’s post-1950 break with Stalin and the USSR.

As Yugoslavia sought to distance itself from the Soviet Union politically, artists too were breaking with the established social-realist style most closely related with the USSR. Instead, they found inspiration in the then emerging new artistic movements around the world such as abstract expressionism and minimalism.

This is what produced the structures that at first glance can look incomprehensible, but are very much the product of a Yugoslavia trying to find its own artistic style of expression that would be distinct from everything that came before.

Many of the spomeniks can be visited relatively easily. The next time you’re traveling through Slovenia, Croatia, Bosnia and Herzegovina, or Serbia (and with Europe slowly opening from its coronavirus lockdown that might be sooner rather than later) consider visiting one of these strange, and imposing structures. There is quite literally nothing in the world quite like them: here are three of the best.

Perhaps the best known of all the spomeniks, this monument which is also known as “Interrupted Flight” is part of a larger memorial complex whose construction began in 1955.

The complex, known as Šumarice Memorial Park, is dedicated to the victims of a Nazi massacre which happened just a few kilometres west of Kragujevac city centre.

On September 21, 1941, the occupying German forces killed an estimated 2,300 fighting-age civilian men, including priests, students, and their teachers. Of these, around 130 to 300 were young schoolboys aged 12 to 15.

The “Interrupted Flight” monument was unveiled in 1963 and has since become one of the most famous symbols of the atrocities committed by the Nazis in Yugoslavia. Its V shape is meant to represent a pair of broken wings, symbolising the premature deaths of young people.

Figures of those slain are also seen embossed in the surface of the monument, thus also representing a shift from the representational and realistic into the abstract which is one of the defining characteristics of spomeniks in general.

Unlike some other monuments that have seen vandalism and neglect, this monument is well-kept, with thousands of visitors and commemorative services held every year. As such, it’s an easy one to visit owing to its close proximity to the city of Kragujevac.

The Battle of Sutjeska Memorial (Tjentište, Bosnia and Herzegovina)

Commemorating one of the most decisive battles to take place in Yugoslavia during World War II, this spomenik is located near the small village of Tjentište in Republika Srpska, Bosnia and Herzegovina.

In May of 1943, the Axis powers were hoping to strike a decisive blow against the Partisans and Tito in an operation called Case Black.

Some 270,000 Axis forces pursued 22,000 Partisans across the Durmitor Mountains, eventually boxing them in near the valley of the Sutjeska river. A massive battle ensued between the two forces but eventually the Partisans managed to break through the German forces and escape.

This event served as one of the founding myths of the new socialist country and was made into a movie in 1973, starring Richard Burton as Tito.

As for the monument itself, it was built in 1971 (just two years before the film was released) and was designed by Miodrag Živković, who is still considered to be one of the greatest living Serbian sculptors.

It’s another take on the wings motif, but this time drawing heavily from the larger tradition of the “wings of victory” sculptures and especially the ancient Greek Winged Victory of Samothrace sculpture located today in the Louvre.

“The idea is that of breakthrough and victory, the two blocks with the figures inside represent the breaking of the circle created around the Partisan forces. The opening takes the shape of the fighters, very stylised, in an architectonic manner, and simple geometric forms to emphasise the presence of men of the individual fighters in the columns,” says Mr Živković.

Situated on a man-made hill, the monument can be seen from nearly any point in the valley. Visitors are cautioned however, to not go hiking off-trail around the Sutjeska valley as landmines from the civil war in the 1990s are still present in some locations.

Completed in 1965, this monument and ossuary is dedicated to the fighters who liberated the area during WWII.

The remains of 248 fighters who died during the battle are interred in a mass tomb below the monument itself.

In addition to commemorating local fighters, it is also dedicated to those members of the 4th Yugoslavian Army who fought overseas, mostly in Italy.

Designed by Slovenian sculptor Janez Lenassi, the intricate structure draws inspiration from the natural world around Ilirska Bistrica — especially the famous cave systems that are located in the area.

“The monument is also the ossuary for fallen soldiers, mainly the overseas fighters, hence the element of piety in the concept. This content, along with the micro-location, lead to the concept of a classical temple, where the colonnade is also a metaphor for elements typical of the National Liberation War: the forest, the mass, the bones, but above all, the Karst region, the caves,” said Mr Lenassi in a 2004 interview.