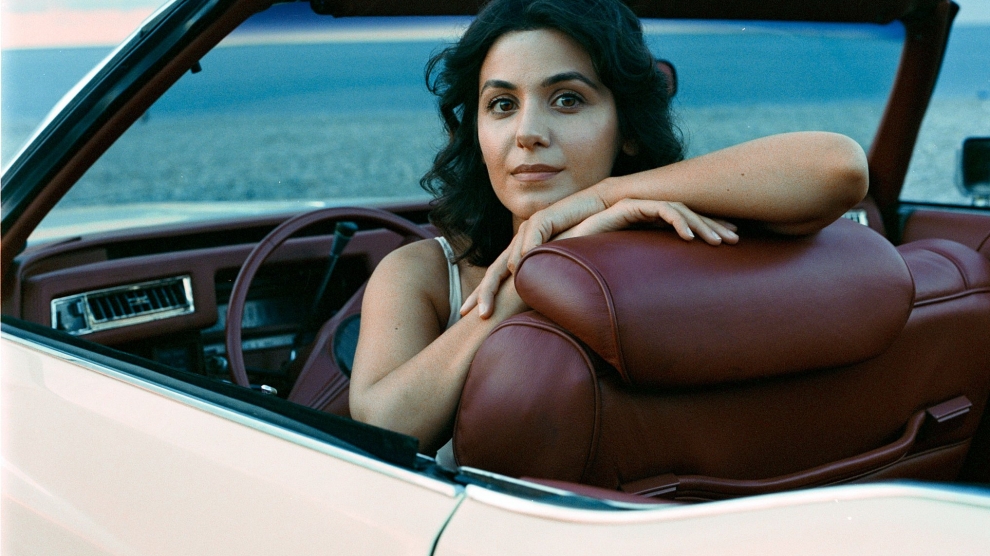 “That run-through was one of the most extraordinary performances I’ve ever witnessed”.

With these words, producer Leo Abrahams, who has been making music with some o the biggest names in music for decades, described the final recording of Album No.8, the latest studio release from Georgian musician and singer Katie Melua.

Born in Georgia and now a naturalised citizen of the UK, Melua is one of the most successful artists of the last decades to hail from the emerging Europe region. Having received over 56 platinum awards and with hundred of millions of streams on Spotify, her appeal owes much to a cultural convergence between the UK and Georgia.

When the lights came on in Georgia

Melua grew up in post-1989 Georgia, experiencing the hardships that came in the aftermath of the breakup of the Soviet Union. “When the lights did come on in Georgia – you know, ’cause they did for about one hour during the day – we’d listen to music from America and the West,” says Melua.

She moved to the UK at the age of eight with her family, first living in Belfast and then in London, where she enrolled in the School for the Performing Arts and Technology. There, in 2003, she was noticed by producer Mike Batt, who was captivated by her unique talent for combining soul and blues.

Her music has been praised for its “ethereal beauty”, where minimalist pop songwriting elegantly merges with sophisticated jazzy atmospheres in Call off the Search and Crawling up the Hill. Her voice is so unique that, when the tones get deep and the lyrics are almost whispered, it seems to suggest that Melua wants to share a secret, almost creating an emotional relationship with the audience.

Although Melua has lived the majority of her life in the UK and has fully absorbed western culture, in her songs it is possible to detect a lingering sense of longing for her motherland, Georgia. Before 2016, Melua had never recorded any songs in Georgia. Her point of reconnection with the motherland was In Winter, an album released in the winter of the same year.

Being influenced by the recollection of her grandfather’s exile in Siberia, the album marked a reconciliation with her Georgian cultural heritage. Every aspect of the record points at a closer relationship between Melua and her nation of origin. The album was created by working with the Gori Women’s Choir, specialised in performing pieces by contemporary Georgian composers, and recorded in a former community centre which still bears the signs from bombings that took place during the Georgian Civil War in the early 1990s. The choice of the tracks is also entangled with Melua’s family history

“All-Night Vigil is a piece by Sergei Rachmaninoff, one of the greatest choral pieces ever written. He wrote it in 1915, just two years before the Russian Revolution. One of the stories that I came across while researching the piece was that Rachmaninoff eventually had to leave Russia, and the methods that him and his family used to flee Russia included an open sled through Scandinavia,” says Melua.

“What the piece from a sensory point of view reminded me of was when I was in Georgia and my granddad used to tell me a lot of adventure stories about the time he spent in a Siberian labour camp. And he was sent there when he was 15-years-old,” she says.

The exploration of her relationship with Georgia continues throughout Album No. 8. Delicate yet incisive, it combines coherence between tracks together with an ascending climax which steadily builds up on a perfect union between voice, strings and piano. The album brings together Melua’s dualistic sense of belonging to both Georgia and the UK by including deeply emotional tracks.

English Manner conveys the dreamy atmosphere of a British summer, where the cold breeze coming from the sea below accompanies and encourages a declaration from her lover in an idyllic landscape. This English atmosphere, belonging to Melua’s adoptive country, elegantly blends with the breathtaking track Leaving the Mountain. The song is a nostalgic depiction of Melua’s journey in Georgia, when she travelled with her father to the Black Sea and the Caucasus mountains:

Down in the valley, homes letting out smoke
And signs of landslides, I saw as he spoke
Dad said, ‘Let’s go there, it’s right on our way’
But we didn’t have time to, we’ll see it some day.

The emotional momentum of the lyrics and the sound allows the listener to identify with Melua’s personal experience, conveying a sense of longing for places never visited, left for other, more immediate destinations.

“For a long time Georgia was not somewhere I’d have considered recording music,” said Melua recently during an interview for The Guardian. “But artistically the country’s always been very rich, and now the technology is coming into its own.”

Album No. 8 perfectly carries the sense of double-belonging which has characterised Melua’s life. Throughout the years, she seems to have reconsidered the role played by Georgia in her music, eventually creating music which is enriched by a twofold perspective on the notion of cultural belonging.