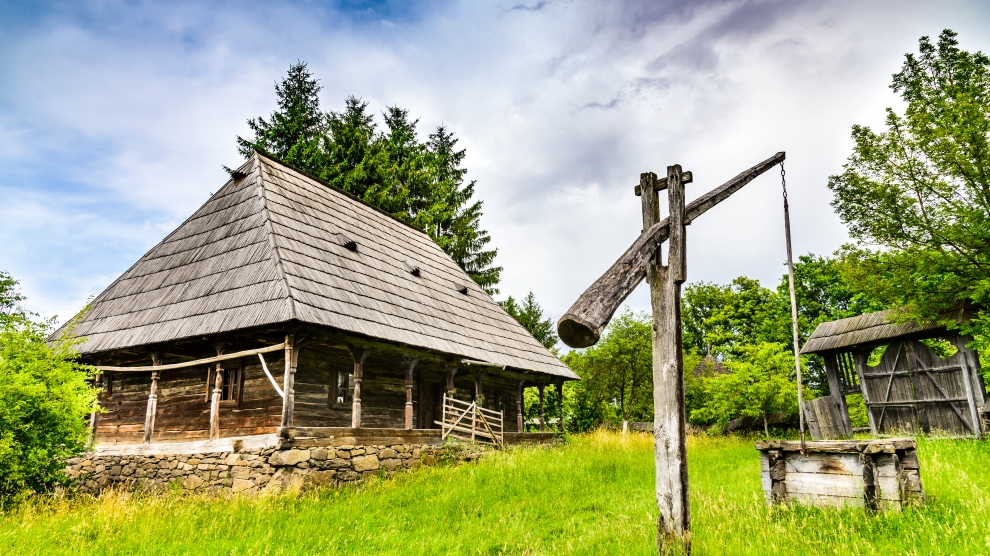 I am fairly certain that just about every foreigner living in emerging Europe has at one stage or another greatly exaggerated their suffering at the hands of their host country’s weather/bureaucracy/infrastructure/insert-your-own-gripe to the good people back home. I know I have. It’s part of the attraction of living abroad, no? The chance to bang on about how cold it gets, or how unreliable the electricity is?

For many, it is a means of ensuring that their employers will continue to handover a hardship allowance for another year. I know a number of people living in what are now (and indeed have been for more than a decade) EU countries who still receive such hardship allowances. One of them (who I shall not name) used last year’s allowance to install a hot-tub in his apartment.

For others – especially for us Brits – exaggerating hardship is often simply a way of starting a conversation in a pub. As a nation we adore talking about the weather even when there isn’t much weather to talk about, so when outside it’s blowing a blizzard and the temperature is -20°C, we are usually all too willing to bang on about the day’s walk to the office in terms that would suggest we have been recreating the opening scenes of Doctor Zhivago.

Less amusing are those people – none of whom (I hope) read this column – who find genuine hardship and outright poverty really quite charming. Just recently a friend who owns a farm in the Romanian countryside was telling us about some English visitors to a village close to his who remarked how ‘sweet and quaint’ it was that women still fetched water from a well each morning. Sweet and quaint? For whom exactly? The women carrying the buckets?

I have long held a quite an open grudge against Prince Charles (so much so that I was quoted in the latest biography to be written about him), considered by just about all and sundry as a ‘great friend of Romania’. Charles owns a number of properties in parts of rural Transylvania (some of which he has renovated at vast expense and rents out to holidaymakers) and visits Romania on a regular basis. His message is always the same, centred on just how wonderful life is in those parts of the world where almost everything has been unchanged since the Middle Ages.

Alas, ‘unchanged since the Middle Ages’, usually translates as no running water, no gas, sometimes no electricity and a life of back-breaking work before keeling over with old age at 55. A wonderful life indeed!

What the heir to the British throne (who has a reported 82 servants) and those other, many visitors to the Romanian countryside forget is that the life they find so charming – a pre-industrial life, where social mobility is unheard of – is not the life those who live it actually chose for themselves. They were condemned to it by birth. For Charles and the tourists, playing at being a peasant is an agreeable way to spend a holiday. They can return to their lives of wealth and privilege anytime. For real peasants in the most deprived parts of Europe, there is no other life to return to.

For Charles, Viscri – the Potemkin village that Charles has put on the tourist map more than any other – is more or less as good as it should get for a Romanian peasant. A home made of traditional materials, some land to farm (using traditional, back-breaking methods of course) and a regular stream of visitors to keep the village’s pensions in business. Why would anyone want more? Why would anyone aspire to the kind of life that, oh, Charles himself enjoys? A life of unadulterated privilege and luxury? No, dear peasants: such things are not for the likes of you.

While we admit – grudgingly – Charles might want to make the life of the Romanian peasant (or at least some of them) a little less uncomfortable, he would nevertheless be horrified if the population of the entire Romanian countryside decided en bloc to down tools in order to demand something better. Like the troopers sent to wipe out the Diggers’ claim on St George’s Hill he would tell them to know their place and get back to work else they feel the wrath of their masters. That’s why I have become so opposed to the idea that he is a ‘friend of Romania’. He is not. Charles is a reactionary determined to conserve the existing social order. If he genuinely cared for the Romanian peasant he would be trying, like the Diggers, to turn that order upside down. Yes, he may bring in a few tourists, but then so does Dracula, and nobody has ever suggested he is an agent of progressive social change.