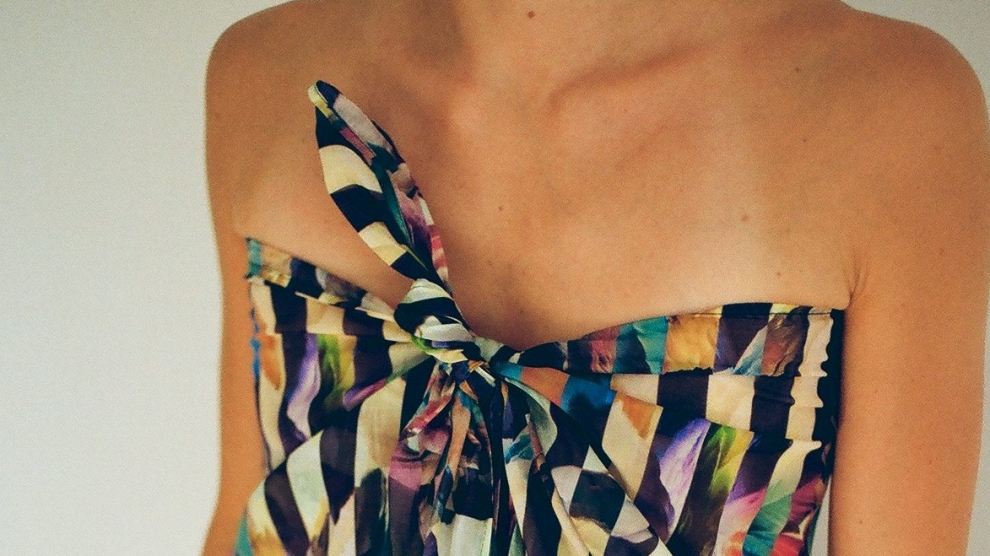 When people hear the words fashion capital their minds are often drawn only to the traditional centres of world fashion such as London, New York, Paris and Milan. To do so is a mistake however, for there is a new, booming fashion capital very much on the up, one that appeals to those who are looking to step outside the borders of the institutionalised fashion industry and into the contemporary.

The Polish capital of Warsaw is currently making the transition from fashion underdog to industry hotspot. It’s a city that has climbed the economic and cultural ladder of late. In Emerging Europe’s Business-Friendly City Perception Survey, the capital claimed first place overall, as well as picking up prizes in a number of individual categories, including Brand and Pool of Talent. It is this enormously positive economic environment that has greatly helped encourage fashion and design start-ups, as well as bring in domestic and international talent to the city.

Historically, Warsaw has never been considered a major fashion destination, often existing in the shadow of its Western European neighbours, but factories across Poland have consistently produced for the top fashion houses. Luxury brands like Louis Vuitton and Hugo Boss have a history of using Poland for cheap labour, but with the economy growing and wages increasing, the sector has taken an independent turn.

Now, a new generation of homegrown creative entrepreneurs are benefitting from this skilled craftsmanship. Warsaw’s school of fashion is producing top tier graduates, while many who have studied at top schools in London, Rome and Paris are returning to the city, where their talent is flourishing.

One of those up and coming designers is Ania Kuczyńska, who after graduating from schools in both Rome and Paris, came back to Warsaw to launch her own brand. Her designs present a nexus of minimalism and modernism, and have been noted by Wallpaper Magazine as “the brightest beacon in the Polish design firmament”.

Ms Kuczyńska describes the fashion scene in Warsaw as “vivid and very lively.” She told Emerging Europe that “its eclectic character, architecture and understated atmosphere is a big source of my inspirations.” Another Warsaw-based designer, Magda Butrym, told the New York Times that “it is a really exciting time to be working here and I wouldn’t want to be anywhere else. There is energy and optimism around young designers in Warsaw. People are paying attention to this region in a way they haven’t before.”

Another noteworthy designer coming out of the Polish capital is Kasia Skórzyńska, a recent graduate of Warsaw’s Academy of Fine Arts, who with her sister Julia, started the label KAASKAS in 2014. The designers have curated a contemporary aesthetic that is both bold and intricate.

When asked about her time at the academy, Ms Skórzyńska told Emerging Europe: “I think what the academy taught me really well is how to explore your imagination to the most and not be afraid to experiment. Also, to stay true to what’s inside of you, creatively. That your own personal aesthetic is what distinguishes you from others and so how can you translate that into a well-designed product in all aspects – design, textile, quality. What I think is specific is the interconnection between different art disciplines – drawing, painting, sculpture, textile design – the academy’s programme is not just about garment design. It’s incredibly creative and specific to fashion faculties in fine arts academies like Warsaw or Antwerp.”

While Warsaw has been for too long been overlooked as a fashion capital by the industry, this is finally changing. “There is lots going on. Big chains are growing and competing with the international fashion scene,” says Ms Kuczyńska. “Also, there are more and more independent designers successfully presenting their work to the international audience. I think it is a very positive sign.”

However, there is still much for brands to overcome in order to get noticed outside of Poland. “This part of Europe is still a little bit underestimated,” says Ms Skórzyńska. But things are changing, demonstrated by Vogue magazine’s Polish debut in 2018, making it the 23rd local print edition of the iconic fashion magazine. This is a good sign for the industry in Warsaw and shows the increasing importance that is being placed on local creative talent.

Arguably, part of the reason Warsaw’s creative industry has been able to develop so uniquely is down to the fact that creatives are not limited by old fashion houses and brands with heritage. Cities like Paris and Milan can become stifled by domineering fashion houses, leaving no room for the unconventional and eclectic. “Eastern Europe doesn’t have brands with heritage, and not everyone will be successful,” suggests Ms Butrym, “but there is a sense that something is really beginning in this region.” According to Ms Kuczyńska the fashion world is becoming more globalised and borderless, allowing cities like Warsaw to burst through into the spotlight. Similarly, Ms Skórzyńska suggests that “the old system and the ‘fashion bubble’ is becoming more and more irrelevant to the world we live in and so smaller brands have a chance to grow and appear with their ideas worldwide.”

One success story of how a Polish brand reached international acclaim is MISBHV. Designer Natalia Maczek launched the label in 2013 and six years on it is being worn by the likes of Rihanna, A$AP Rocky and Kylie Jenner. Drawing inspiration from street style and pop culture, it crosses the line between avantgarde and luxury, with futuristic details and inventive timelessness. One notable design featured a black vinyl trench coat with the word WARSZAWA printed in white bold motif. MISBHV emanates all that is unique about the city with a sense of rebellious minimalism. 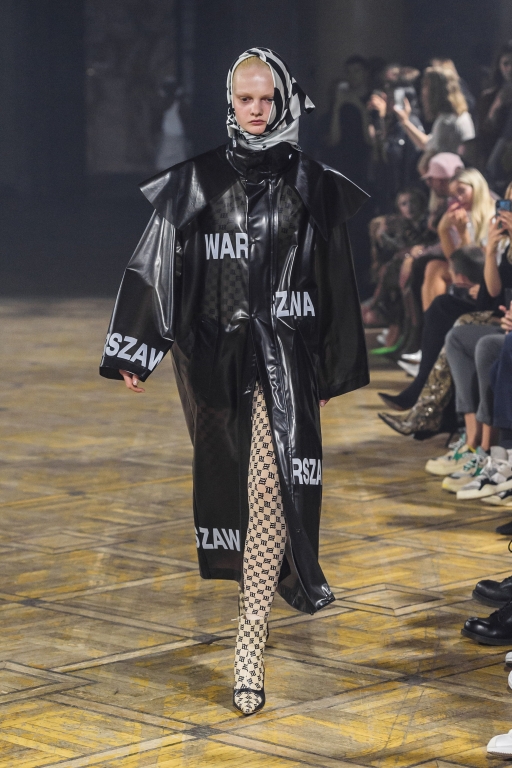 The future of Warsaw’s fashion industry is unpredictable in such an ever-changing climate, but things are heading in a positive trajectory. The scene is developing organically, with a focus on product rather than celebrity name, according to Ms Skórzyńska. “I think it’s very smart and allows the business to grow in a more thought-through and authentic way.”

However, Ms Skórzyńska does note that much of the industry is becoming indistinguishable as “there is less and less creative experiment in fashion in general and lots of brands are creating a very similar offer.” She suggests that “the social media that help with promotion and recognition on the one hand “also in my opinion make a lot of brands look kind of the same. It’s very difficult to stay unique. I feel like Warsaw has that fresh potential but we really have to be careful not to fall for the current ‘instamood'”.

Her argument that cities from Warsaw to New York have to stay ahead of the pitfalls of technology and social media in order to stay unique is well founded. Globalisation in creativity can arguably lead to a blending of ideas, but history tells us that Warsaw’s potential to stay eclectic and unorthodox must not be underestimated. As Ms Kuczyńska says, “the fashion scene has become very mainstream, but there is still space for independent and avantgarde brands like mine.”

In the face of a changing industry, it is undeniable that Warsaw has something unique to offer both to designers and consumers. It is slowly presenting itself as the creative voice of the region, becoming home to small, creative boutiques to high-end celebrity couture. But if there is one thing the city can hold onto in the globalised merge, it is authenticity. As Ms Skórzyńska puts it: “I think it is very down to earth – in a good way.”

Belarus sets sights on Oscars with prison documentary
World on Fire offers a refreshing take on WWII. But is that really Warsaw?
Comment