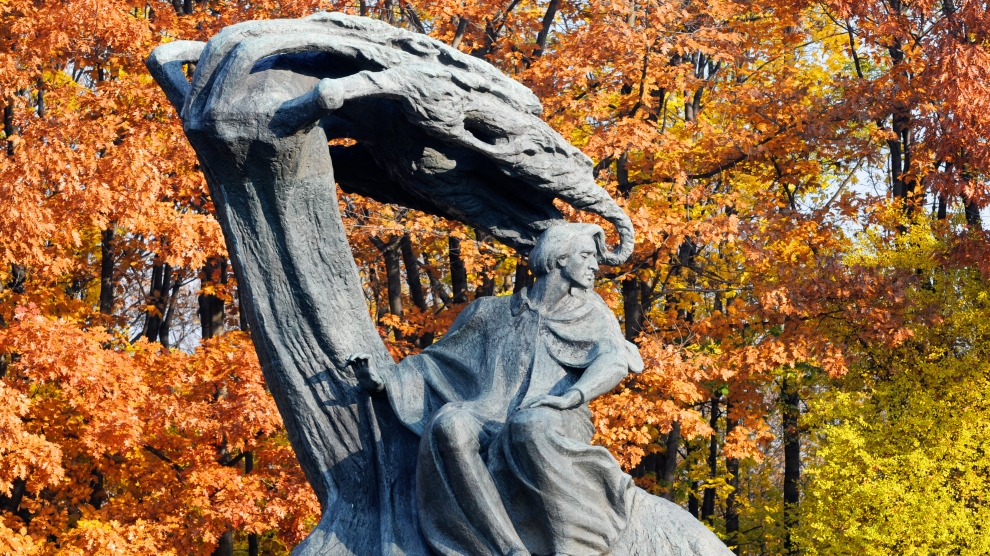 It only takes place every five years and, for young pianists looking to start their international careers, it is one of the most prestigious and awaited piano competitions in the world.

Since it was first organised in Warsaw, Poland, in 1927, the International Frederic Chopin Piano Competition has witnessed it all: fingers bleeding during a performance so much that the keyboard required cleaning, pianists under medication treating heart arrhythmia to prevent tremor of the hands, a performance of a pianist suffering from bronchitis and nose bleeding and a number of other unusual circumstances.

The 17th edition of the Competition attracted a record number of applicants, more than 450. 78 participants were qualified and competed for three weeks. After a long debate over who will receive the first prize, it was given to South Korean Seong-Jin Cho, the second prize to Canadian Charles Richard Hamelin and the third one to American Kate Liu.

“I have taken piano lessons since I was ten. I watched the competition in 2005, which was won by Rafał Blechacz, who became my idol. “It became my dream to participate in the contest and I cannot believe this moment,” said the first South Korean to win the competition.

Jerzy Żurawlew, a Russian-born Polish teacher and pianist, came up with the idea to start the competition when working with young people and observing their keenness for rivalry and for displaying their talents. He realised a pianistic tournament would be the best way of encouraging them to play Chopin. At that time, implementing such an idea was by no means straightforward, and for years the Warsaw Competition was the only event of its kind in the world.

The first tournament attracted only twenty six pianists but the effects surpassed all expectations.

“The standard of playing was so high that the jury found itself with a real dilemma, involuntarily overlooking several excellent musicians. The enormity of the pianistic skills attained in our times by what are virtually children (Goldsand – 16, Oborin – 19) prompts one to reflect – what next?” said Jarosław Iwaszkiewicz, a Polish writer and a music connoisseur, a close friend of Karol Szymanowski and the author of the libretto to the composer’s King Roger, after the first competition in 1927.

After a short break resulted from World War II, the competition flourished. The 1960s and 1970s brought a true heyday for the competition, confirmed by the names of its brilliant victors – Maurizio Pollini, Martha Argerich and Krystian Zimerman – and by the composition of the jury. From 1965, the jury included Jan Ekier (himself a prize-winner of the third edition in 1937). The doyen of world Chopin studies, Professor Jan Ekier, died in August 2014, at the age of 101, having served as a juror of the competition continuously for forty-five years.

In the twenty-first century, the organiser of the competition, the Frederic Chopin Institute, had to face new challenges and new circumstances, especially the growth of the social media. The YouTube recordings and Facebook accounts of all winning pianists have hundreds of views and subscribers.

Since 2009, the Chopin Society of Warsaw has organised three editions of the Amateur Pianists Competition. It was started as an experiment because until then, in Poland, amateur pianists had had no opportunity to present their skills and compare them with those of other pianists.

As a result of the social media presence and the tournament for amateurs, Jerzy Żurawlew’s ultimate dream to make Chopin’s music increasingly popular has truly become reality.