The Czech Republic accounted for almost half of real estate investment in Central and Eastern Europe in the first half of 2019, according to new figures from Cushman and Wakefield. The country attracted 1.9 billion euros in investment from January to June, 45 per cent of the 4.1 billion euros total.

Poland saw an investment volume of about 1.3 billion euros (31 per cent), followed by Romania (410 million euros, 10 per cent), Hungary (seven per cent), Slovakia (five per cent) and Bulgaria (two per cent). 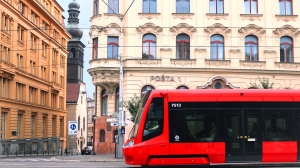