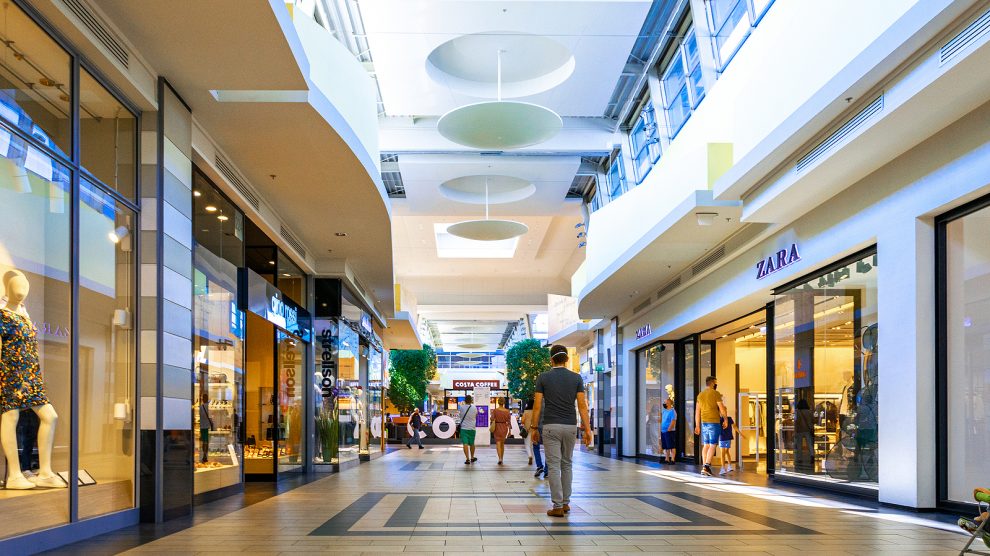 As Poland extends lockdown, keeping shopping malls closed, the Polish Council of Shopping Centres calls for a more equitable form of support, which has until now focused solely on tenants.

Losses for the owners of Poland’s shopping centres will grow by another 200 million złoty (44.05 million euros), according to Krzysztof Poznański, head of the Polish Council of Shopping Centres (PRCH), referring to the government’s decision to extend restrictions by nine days until April 18.

The estimated value of the industry’s total debt is now up to 90 billion złoty and some owners are on the verge of exiting Poland, he adds. Out of 570 shopping centres in Poland, 300 are owned by Polish capital.

The PRCH is a not-for-profit association that brings together over 200 companies operating in the retail and service space industry. Around 70 per cent of the shopping space in Poland’s malls is in the hands PRCH members.

In a statement posted on April 7 on the Polish government’s official website, it was announced that restrictions would be extended until April 18; closed are shopping malls, hairdressing and beauty salons, accommodation facilities, and gyms.

However, Mr Poznański says that it is “asymmetric and illegal”.

He adds that since lockdown began in March 2020 over 5.5 billion złoty had been spent on supporting tenants from the budgets of owners and managers of shopping centres, which accounts for about half of their annual revenues.

“Despite prolonged lockdowns, landlords are still deprived of any state aid, which would compensate for the privileged position of some of the market participants – tenants, over others,” Poznański says.

He adds that retail real estate is 70-80 per cent financed from bank loans, and the lease agreements are security for repaying loan obligations.

“The estimated value of the industry’s indebtedness is up to 90 billion złoty, and the annual cost of interest on the debt incurred reaches 3.2 billion złoty. Reducing the total value of lease agreements, even by 10-20 per cent, leads to landlords’ insolvency and, consequently, problems for the financial sector,” he says.

“As an industry, we constantly recommend supporting the entire retail industry by creating a mechanism based on subsidies for tenants to cover fixed costs, including rents – in line with good experiences from other European countries – so that they can settle their liabilities towards landlords. This solution allows them to maintain liquidity and stability of tenants, landlords and the financial sector,” the PRCH added in a statement.

Mr Poznański meanwhile says that “we would like the government not to interfere in civic contracts between owners and tenants. We believe that some support is needed for tenants, but it must be a fair division with owners.”

According to Mr Poznański, the PRCH had yet to receive any contact from the government to discuss the issue.