ArtBrains Software - Out of Business

Experts of ArtBrains Software integrates approach to web development products. The performance of work takes place according to 6 stages: 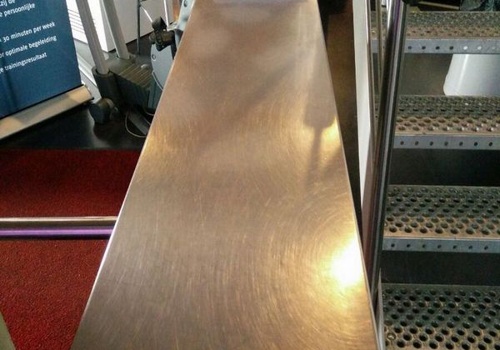 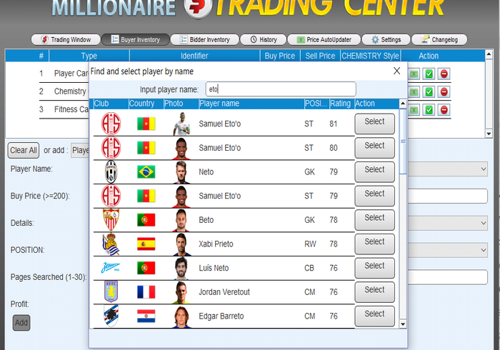 Java project for EA Games FIFA. Goal of this application is to have Trading center of your cards and items in FIFA games 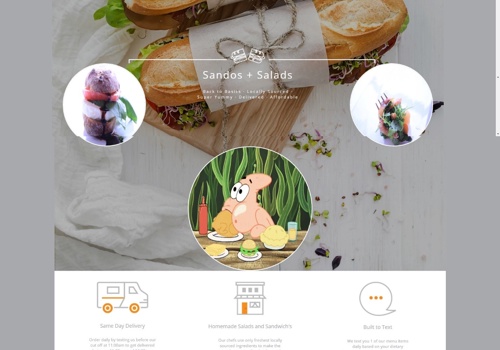 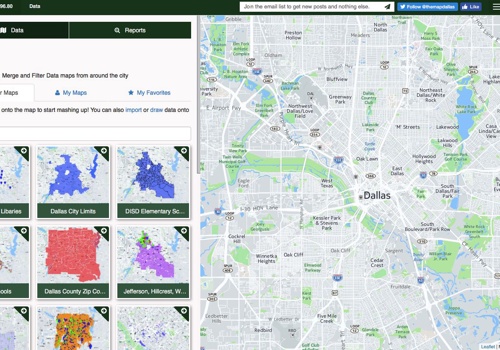 TheMap is a huge and interesting project which was developed with using AngularJS, ASP.NET MVC, SQL, Azure and C# .NET. ArtBrains Team enjoyed in developing this project 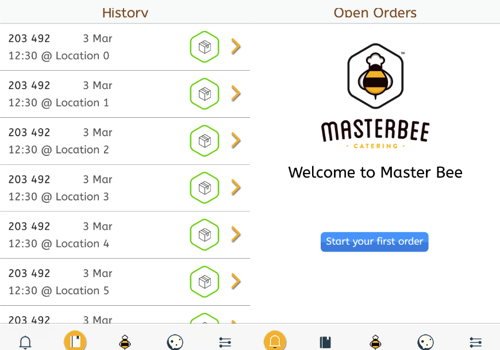 MasterBee is a Xamarin mobile food delivery project for iOS and Android. 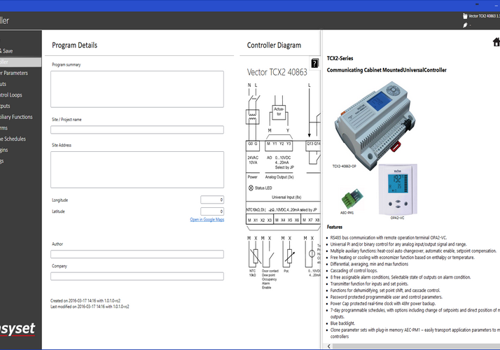 The EasySet software is a technician tool designed to make the process of programming a Vector controller more intuitive and convenient for a user of any level of expertise. 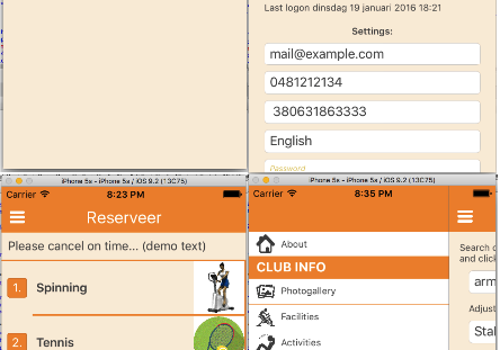 Mobile Xamarin application for iOS and Android which represents  custom CMS application for mobile devices. You can create your own design and add new functionality only with using XML files. ArtBrains Software developed and designed this product from scratch, did backend and front end work as well. This product is ready for downloading and doing great in live production. 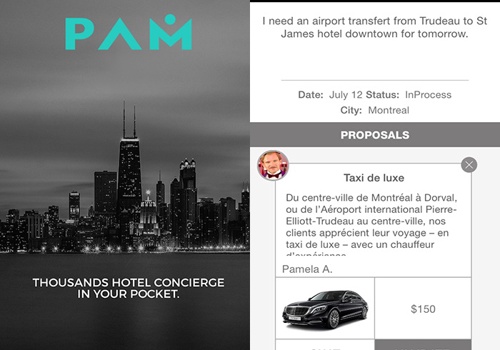 ASK PAM is a mobile application for various platforms iOS. The application allows to order the service or to find the necessary space for business meetings or leisure for a short time. Now it is available for residents and visitors to Montreal and Toronto. Applications can be tested on iPhone, iPad, iPod touch.

Applications was creating using Xamarin only for 3 weeks. Developers have built a universal system with JSON to quickly obtain current information from concierge about events and services. Thanks to this one, users of ASK PAM is being offered the latest information and a wide range of choice of services. The application operates perfectly in all devices with the system iOS. 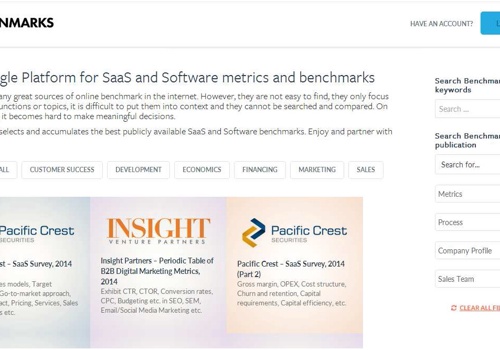 Lean-Marks a unique resource that was designed specifically for users of the website Lean-Case. The resource contains all necessary information how to work with own projects and calculates it yields and profitability. Here users can read useful tips and instructions on working with Lean-Case.

Website Lean-Marks was created on the principle of SSO server for Lean-Case. Lean-Marks can be compared with Wikipedia, but Lean-Marks is resource about the development of projects, development of business plans and calculate the return on investment. 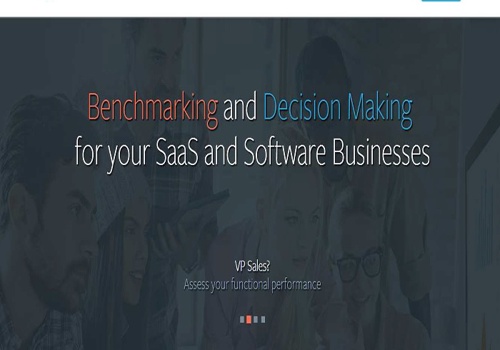 Lean-Case is one of the few online resources to create your own startup projects. The website is being designed for calculating the profitability and the profitability of projects. System Lean-Case was constructed in such a way that all economic indicators is calculating for many years ahead. Therefore, if customers enter the maximum information that they will obtain the most accurate results the effectiveness of the project. One of the advantages of the site Lean-Case is to store large amounts of information about business performance.

Lean-Case has a complex system of calculations of economic parameters for. It is important that the website is available to both registered and unregistered users. The unregistered users have limited opportunities to use this resource.

Developers used technologies that contribute to more convenient orientation at the navigation of website Lean-Case. As a result, it reduces inefficient use of time using website. 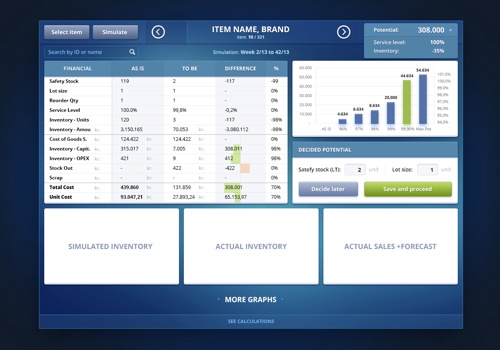 ESO is a desktop solution that was created for owners of small and medium business. Service offers the financial solutions for European companies. The main idea of the website is the accumulation of funds from ESO’s partners to companies that are seeking financial assets to realize their ideas.

The system of ESO is such that information about customers and current financial assets is always updated. Engineers, using SQL and Web-API, have developed a system of direct access to the database. Thanks to this application users can always use new and relevant information. The system of calculation was developed for the ESO program to determine the value of credit and the repayment terms within 2- 4 years. Engineers of ArtBrains Software have created a system of computer programs with WPF, MVVM and .NET. Data is being processed for less than 1 second. 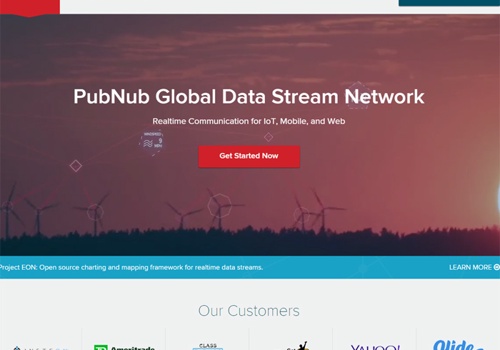 PubNub is a cloud for a variety of applications. The unicity of resource is in it’s simplicity and accessibility. PubNub system provides a global cloud infrastructure and components, allowing developers to create applications and disclose in real time.

Experts of ArtBrains Software created for PubNub universal services that are used between clients and applications. The work of a team is a result of fast processing and issuing data. It observes last analysis of server site PubNub:

PubNub project has been developing successfully in the market since 2013. 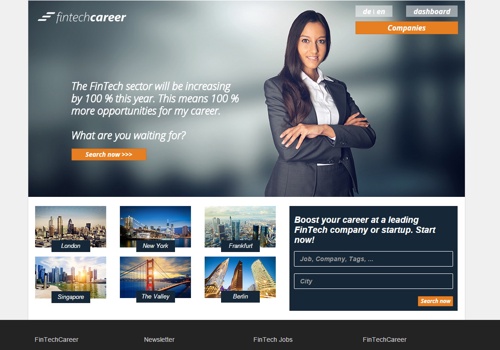 FinTechCareer (Unfellas) website  is dedicated to finding the candidates for a job and works place in Europe and the US. The main advantage of the web site is a quick and easy search by geographic location (Google maps) and by professions. The display of Google maps was developed with Google Maps API.

The pages of FTC web site are dynamic and interact with the server without updating the pages. This single page application was created with technology AJAX and Twitter Bootstrap - CSS Framework. Data transfer to the server within 0.3 seconds. 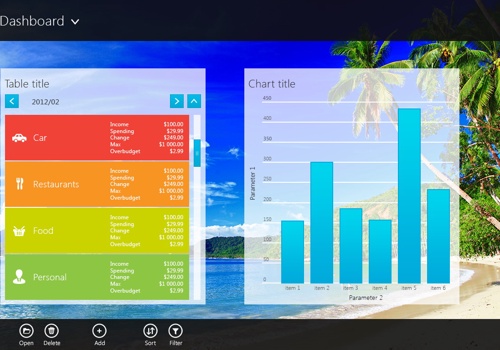 The solution Cash for Dreams is the system for control of personal expenses. The program illustrates a graphical analytics data. In the obtained graph customers can see the results of their financial operations.

The main task of the engineers was to provide quick data transfer to the database with the .NET 4.0 and SQL Server. The Metro Design of application characterizes a great text and good typography. This development allows the user to perceive the information in a quick and easy way.

“If there was a milestone that had to be reached, he really did his best to reach it.”

ArtBrains is developing a mobile application for iOS and Android based on existing designs. The project has extended to involve the development of other applications as well.

“If there was a milestone that had to be reached, he really did his best to reach it.”

From a development standpoint, ArtBrains is well-versed in their trade. However, despite the project extending longer than expected, the team’s reliability has secured them additional assignments for the future.

A Clutch analyst personally interviewed this client over the phone. Below is an edited transcript.

It's a software product in Belgium that is mainly doing software for fitness and development centers.

What is your position?

I am the system architect.

What business challenge were you trying to address with ArtBrains Software?

Our specific goal was to find outsourced software development. Our technologies are web-based apps, client server, and database, so a bit of everything, but mostly Windows-based technologies.

Please describe the scope of their involvement in detail.

The primary scope was to make an app for us. We already had the specifications, and we wanted an app for iOS and Android.

How did you come to work with ArtBrains Software?

That was at the beginning of this year – 2015. Because the prices are getting too high to hire developers here in Belgium, we were searching for developers abroad. Via their website, we found that ArtBrains was one of the candidates to deliver us the services we needed.

Could you provide a sense of the size of this initiative in financial terms?

That information is confidential.

What is the status of this engagement?

The relationship has been expanded indefinitely at the moment. We are having a second person in September to do the web application. We are also moving development of an application to ArtBrains.

Could you share any statistics or metrics from this engagement?

How did ArtBrains Software perform from a project management standpoint?

Following deadlines was good. If there was a milestone that had to be reached, he really did his best to reach it.

What distinguishes ArtBrains Software from other providers?

They are very young, I think they are all less than 30 years old, so they're very young, very flexible. I only know them from the app development, and now from September starting the application in web-based technology.

Is there anything ArtBrains Software could have improved or done differently?

It would have been nice to have a better tool for logging hours, features, and enhancements, a kind of a follow-up system. They had some systems, there are free systems online, but maybe this is more my task, to use a logging tool where we can log the hours and log hours against features. That would have been nice.