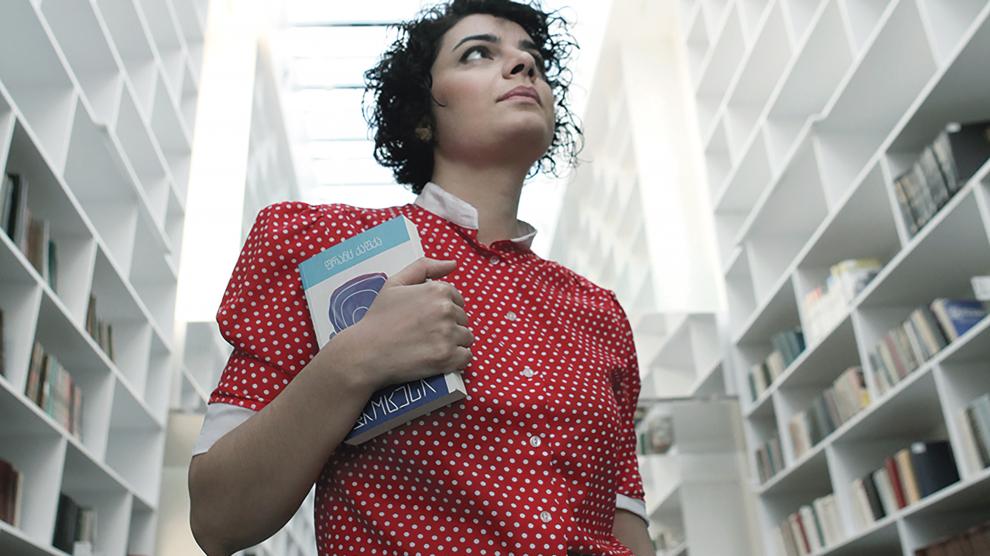 Now totaling more than 500 episodes spread over a dozen seasons, the prime-time My Wife’s Friends remains one of the most popular television shows in Georgia. Why? Probably because it talks about the country’s desires and dreams – not least integration with Europe - and, naturally, the social changes these might bring. Keti Devdariani, the show’s script writer, spoke to Tamara Karelidze about how important it is to trigger discussion about taboos and stereotypes.

Tamara Karelidze (TK): The show is focused on social issues that are quite sensitive for Georgians. It strengthens typically Georgian values and habits but it also promotes open-mindedness. Does bringing these issues up on television help increase awareness?

Keti Devdariani (KD): Unfortunately, I don’t have the exact answer to this question. Unlike television ratings, which can be measured, nobody has checked for an increase or decrease in public awareness. So I don’t know how this television show works. We produce what we want to say and because it is broadcast, it gets heard. We don’t have the aim of changing someone’s position and attitude but of course, everything might have an impact on an individual’s life. It doesn’t matter whether it is a bird which flies from one tree to another, some philosophical work or an old legend from a grandmother’s stories.

TK: But you do deal with issues that are controversial in Georgian society: for example male nannies, sexual minorities, domestic violence, religion, etc. Does the audience’s response meet your expectations?

KD: When a discussion starts it is already very good. Talking about taboos starts from a discussion. It does not matter how intensive, sensitive and hard a debate it is. Of course, we have had cases when the audience has loved a particularly odious character, but it does not start and end with ‘Friends of my Wife’.

TK: Let’s look at the sexual minorities issue, which is very sensitive to society. The character of a transgender lady you brought in one season made a big impact. In general, people took to Nino – which of course is one of the most popular female names in Georgia, a Christian saint. Why do you think such a character was important?

KD: We have almost every kind of character in our show. Transgender women and men are part of our society and the fact that somebody does not want to accept their existence does not mean that they do not exist and that we should not say anything about them. Simply being different from others can make some people so aggressive that they are ready to kill them. That was what we wanted to show with the story of Nino.

TK: Is it effective to discuss myths about the West on television? Does it help the process of integration?

KD: Integration is a complex issue from geopolitics to media or music. Everything supports or disturbs this process. Even prohibition of jeans and Kraftwerk did not happen by chance in the Soviet Union.

TK: In Georgia, there are a lot of projects whose goal is to increase awareness, especially in the regions, for example one involving celebrities who often go to the regions and have a conversation regarding the West, the EU and the importance of western integration. You were part of one of these projects. What do these people expect from the West?

KD: The main problem in the regions is poverty. I often heard people saying “I do not care about NATO, the EU or the UN when I can’t sell my crop.” We try to explain that there is a direct connection between EU integration and the increase of welfare in the country and in the regions as well.

TK: How possible is it to use TV shows or movies in order to bring Georgia closer to the West?

KD: I think that very pro-Western people have to do this. From western movies, we know that the West is good. Now, it’s time to believe that we can also be part of this world. We have to stop talking about the glories of the past and start working hard to build the future. Of course, it is possible to produce a product for western countries, which spreads information about Georgia, but it needs a lot of money, great desire and round-the-clock work.

TK: What are the most pressing social issues that need to be processed and understood by Georgians?

KD: People have to realise that while the EU and the West is oriented towards human beings, Russia is regressing to the days of totalitarianism.