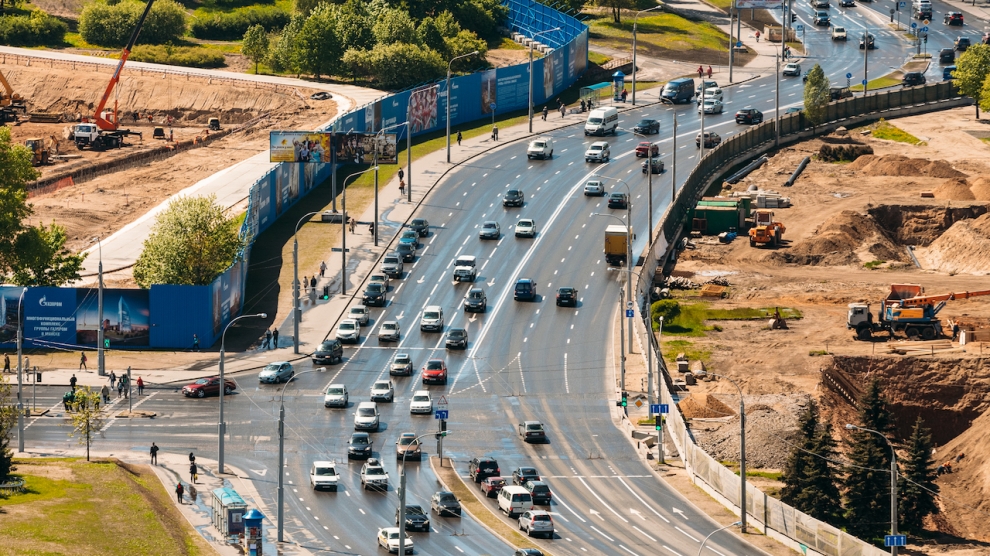 By 2014, €15.8 billion, or over 23 per cent of Belarus’ GDP, was the foreign direct investment (FDI) stock in the country, according to UNCTAD’s World Investment Report from 2015. Foreign companies invested €1.7 billion in Belarus in 2013 alone. 2014 and 2015 saw an FDI of about €1.4 billion respectively, according to the Vienna Institute for International Economic Studies (WIIW).

So far, the largest investment in the country has been the Telekom Austria Group’s acquisition of Velcom in November 2007.

“The mobile telecommunication market in Belarus was liberalised in 2007, but its penetration level of 66 per cent is quite low compared to other emerging markets in the region,” says Helmut Duhs, CEO of Velcom, who has managed the company since 2007. “The Belarusian government started flirting with investors. We invested €1.3 billion first and then about €500 million more. Overall our operations in Belarus are better than our European peers and it is constantly growing,” he adds.

Currently the company is looking to start operating in the fixed line sector but this market hasn’t been liberalised yet and is under a state monopoly. The same applies to the energy sector, where Irish Pure Energy Intelligence operates.

“We are a boutique investment company. We specialise in renewable energy development. We have projects in Canada, Ireland and Chile. We have been in Belarus since 2010 and have invested about €1.6,” says Torsten Merkel, the company’s CEO.

“When we arrived in Belarus, we had already demonstrated a strong market footprint in Russia and Ukraine and Belarus was another regional market with huge potential for developing the banking sector,” says Christof Danz, Head of International PR in the group, which acquired Priorbank from the European Bank for Reconstruction and Development (EBRD).

Sergey Kostyuchenko, Chairman of the Board at Priorbank, Raiffeisen Bank International AG and an Honorary Consul for Austria in Belarus says the Raiffeisen Bank made a conscious decision to come to Belarus.

“In all of our 12 years of operation in the Belarusian market, Raiffeisen has been receiving a steady income,” he adds.

Austrian Kapsch entered the Belarusian market because its geographical location, as one of Europe’s most important traffic hubs. “The government had the political desire, and the economic background, to monetise transit facilities in the most effective way and it decided in favour of one of the world’s most highly regarded providers of intelligent transportation systems (ITS) after a careful evaluation of the business case,” says Sergey Boury, Marketing, PR and Liaisons Manager at Kapsch Belarus.

Kapsch signed an investment agreement with the government and thus started the first public-private partnership project (PPP) in the country, in 2012, with an investment of €267 million.

“An investment agreement is usually signed if an investor wants to receive some additional preferences from the state for a certain period of time. At the same time it is not an obligation, but one of the possibilities for an investor. A number of international companies operate efficiently in Belarus without having investment agreements,” explain Priorbank’s Mr. Kostyuchenko.

Velcom has recently announced its plans to invest in Pure Energy Intelligence’s solar-energy park, the first large-scale solar PV plant in the country. “This project was launched 30 years ago after the Chernobyl disaster and is backed by an appropriate investment contract with the state. We believe that with such an investment, it is necessary to define the framework over a longer period of time before investing. In our core-industry we don’t engage in this way but rather push for a general and transparent setup,” says Velcom’s Mr Duhs.

Looking to the East

Last year, Felice Massaro, previous CEO of Stadler Belarus, told Emerging Europe that the management of Stadler had carried out a very thorough market investigation before it made the decision to invest in Belarus. The reason behind establishing the factory in Fanipol was the available qualified workforce, its proximity to broad gauge countries and the country’s Customs Union with Russia and Kazakhstan. But the fact that by that time, the company had already received orders from BZD was also a driving force to vote for Belarus.

“What we can confirm is the fact that Belarus is part of the Customs Union was a key point when we made our decision to invest here. Because of this we are able to comply with the current conditions in Russia, where in the case of any procurements being required, the local added value has to be at least 80 per cent. If Belarus was not part of the Customs Union, we could not comply with this condition.” Mr Massaro added.

In 2016, Stadler plans to invest €4-5 million in the plant in Fanipol. German Salamander, which boasts an almost 90 year history of shoe production, has also been producing window profiles for over three decades and the latter is what the company produces in Belarus.

“We have been in Belarus since 2008. We bought shares in an existing company, which we took over entirely in 2010. That was an investment of about €11 million,” says Peter Kogge, Global Head of customer service at Salamander Industrie-Produkte.

“The original idea was to get closer to our Russian customers and to avoid expensive imports from the EU. Now we benefit from the stable market in Belarus and compensate our missing business from Russia with sales to other countries such as Kazakhstan, Armenia and Uzbekistan etc. and as well as Romania and Turkey.”

The company operates in the Brest Free Economic Zone (FEZ) and just like Stadler they invested in Belarus in order to reach out to Russia and the other Eurasian Economic Union (EEU) countries. Investing in an FEZ granted Salamander free rent for the first five years and now they are paying $0.10 per square metre for the next 94 years. They also enjoyed no tax on profit for the first five years and reduced VAT (50 per cent) on domestic sales.

“The main advantage was the possibility to import raw material (PVC) from the EU without duty. This benefit will stop for sales in the Customs Union by the end of 2016. This will force us to use special reports and separate booking processes,” Mr Kogge adds.

Stadler’s factory is located in the Minsk FEZ. “Making such a serious investment is a great challenge in any country, but the best example of how Stadler was able to carry out the project is that the factory in Minsk was built in just 18 months, which was possible because of the special attention we receive in Belarus and the support and assistance we got from local authorities,” said Mr Massaro.

“Telekom Austria Group is by far the biggest western FDI in Belarus; they don’t ask for any asymmetrical incentives but rather they continue to argue for the same conditions as every other market participant. Judging by their continuously increasing revenue-market share, this approach is the right one and is the most sustainable one for Belarus,” says Velcom’s Mr Duhs.

In his opinion, one of Belarus’ greatest advantages is its people. “It was one of the key arguments that were advanced when we discussed investing in Belarus. In the technical area people have outstanding skills. When it comes to other areas, such as the commercial, strategic and branding fields we have had to develop know-how on our own,” Mr Duhs says.

“The professional skills of our employees are really impressive; all of them have a great deal of experience of working in other companies. That was a common input from both sides: they gave us their personal knowledge and skills and on our side, for instance, we organised training in Switzerland, Poland, Hungary and the Czech Republic,” said Mr Massaro.

Mr Merkel believes that there is a sufficient supply of well-educated dynamic young people with a modern mind-set in the country, especially in the Minsk area. “They should also be less modest as they are probably much better than they think they are,” adds the Pure Energy’s CEO.

Investors also point to the labour costs, which are lower compared to the Eastern European markets. They also believe that the government should do away with the bureaucratic red tape but that it is manageable for the moment.

“You need to invest time and people to deal with that. You need to identify the right person who is responsible for a certain thing, but if you are aware of that and prepare for it in advance, you are fine. We haven’t been forced to delay any of our projects because of that so far,” says Salamander’s Mr Kogge.

“The bureaucratic machine works very accurately so that if you are notified that you will receive a reply within 30 days, for example, you can be sure that you will. The governmental agencies stick to what they have promised,” Mr Merkel adds.

“When the related areas are properly regulated it adds assurance and confidence to your business. The investment legislation in Belarus regulates all the key areas correctly and secures your investments. But multiple collateral procedures such as certification, licensing, getting numerous permissions and approvals, especially on local levels – are complicated and definitely require the resource of local experts to handle them properly,” says Kapsch’s Mr Boury.

“Such challenges allow, or force you if you don’t adopt them in time, to reinvent your business model, which can create sustainable value. As an example, Velcom with its scheme of micro-financing electronic equipment has a benchmark-setup in Europe,” he adds.

Priorbank’s Mr Kostyuchenko believes that the formula of a successful business is precisely the ability to manage all the opportunities offered by the country properly, regardless of the country. “There are obstacles and difficulties in any business. It is more important to see the possibilities,” he adds.

According to the official exchange rate of the National Bank of Belarus, on June 1st 2014, $1 cost BYR10,090. Two years later the price has gone up to BYR19,788. How is that affecting businesses?

“Heavily,” says Velcom’s Mr Duhs. “Naturally, if you are an exporter it’s an advantage, if you are an importer it’s a disadvantage and we import and sell in local currency only. If we look at the long-term line of our revenues, we are growing not shrinking so we have been able to overcome this. This didn’t happen immediately, but we managed to be very efficient, for example, we have the lowest revenue per user in Europe, but the highest margin,” he adds.

The recession in Russia, which was a prospective market for some foreign investors in Belarus, could be another obstacle.

“Because of either, the exchange rate of the Russian rouble or the low world price of oil and gas, the economic situation in the CIS region has had quite a serious impact on the railway industry and we have also experienced this in Russia and the surrounding countries. However, the Russian Federation still remains strategically important market for us, but obviously when a market is slowing down we need to explore other opportunities as well, so that we have the capacity we need to feed orders. We believe that the current situation is only temporary and we are ready to race when the competition opens up again,” said Mr Massero.

When asked, all investors unanimously agree that investing in Belarus was a good decision. Is it easy to operate? Here the answers are less similar.

“I wouldn’t say that it’s easy to operate in Belarus. What I can say is that, for some reason, the brand ‘Belarus’ appears worse than it actually is, at least for investors in the Western world. Hopefully, with the recent improving trends together with the increasingly better relations with the European Union, that will change,” concludes Velcom’s Mr Duhs.

Belarusian Economy on a Diet to Change its Financial Outlook
Kosovo: A Population of Talented Young Entrepreneurs Waits at Europe’s Door
Comment