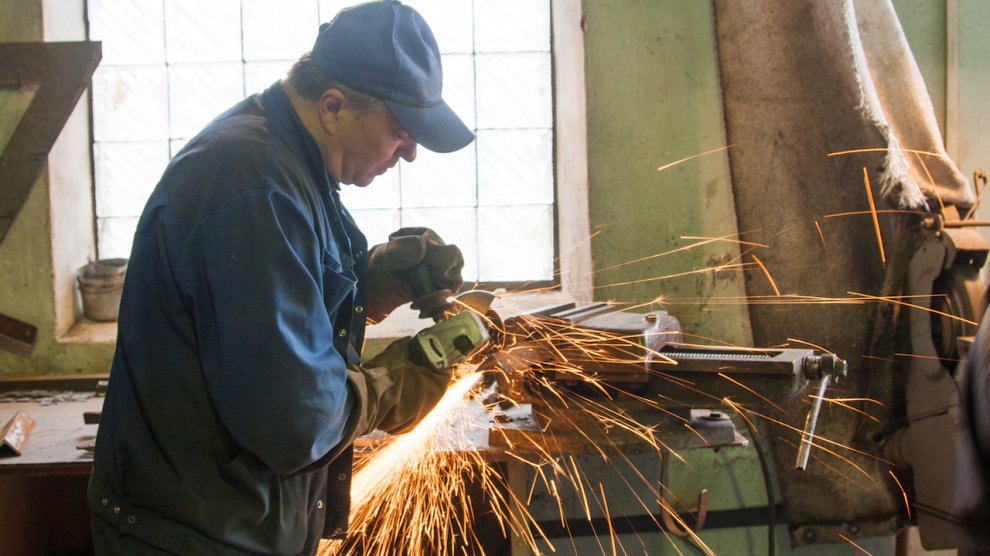 Since the beginning of the military conflict in eastern Ukraine, quite a few foreign companies have left the country. Other firms decided to stay and grow the business, however, seeing Ukraine as a great location for their manufacturing facilities.

Ansgar Bornemann, Head of Nestlé in Ukraine and Moldova, says it has been a good investment for Nestlé. The company has been operating in Ukraine since 1994, and has completed three large acquisitions in the last 23 years: the Svitoch factory in Lviv, followed by the Torchyn cold sauces factory and brand and, lastly, the Mivina noodles and seasonings factory in Kharkiv.

“Over the last years, we have been growing the business significantly and now are in a position, where Nestlé is either number one or two in the FMCG market in Ukraine depending on the year. This growth has been built on internal progress and successful consumer-facing initiatives, based on the products that we had at that time in the market,” Mr Bornemann told Emerging Europe.

BASF, a world-leading chemical’s company, is celebrating its 25th anniversary in Ukraine. “During this time, the company has changed considerably and has turned from a small representative office into a well-developed middle-sized business. Today, BASF serves the needs of all the main industries, with approximately 150 employees and representatives in almost all regions of Ukraine” says Andreas Lier, managing director of BASF in Ukraine and Head of Country Cluster East Europe (Ukraine, Georgia, Moldova and Armenia).

“BASF was among the first representatives of big European business to enter the Ukrainian market. Why?, because we believed in Ukraine and saw a good prospect for the development of our business here. There is the location in the centre of Europe, the favourable conditions for agriculture with 30 per cent black soil, a well-educated population and in many areas a large but not fully developed market,” Mr Lier adds.

Taras Yurynts, managing director at Guldmann-Ukraine, a Danish company that develops and manufactures technical aids for the disabled, and working tools for their carers, says his company would definitely invest in Ukraine again. “The investment was made in several steps. We had to show success in one step in order to proceed to the next one, which allowed us to control costs. Eventually, the investment was paid back within three years. The devaluation of the currency drove the costs down and has made the investment even more profitable,” says Mr Yurynts.

Better is yet to come

“Assuming that the Ukrainian economy is opening up and going in the same direction as the Western economy’s cultures, we hope that Ukrainian society will regain the prosperity it deserves. The consumption per capita will grow with a potential in the revival market, and it could be enormous in the categories we operate,” Mr Bornemann told Emerging Europe.

“The choice of the Ukrainian market was not an accidental one: Ukraine offers a huge sales market and provides opportunities to transfer a portion of production capacities. Because of the relatively low property prices and the cheap labour force, we believe that Ukraine is the most attractive option for European investors today,” says Dariusz Furman, Director of Zefir Ukraine, a Polish leader in paper products such as toilet paper, paper towels and wipes, which has recently set up an office and is planning to start manufacturing in Ukraine.

“Followed the annexation of Crimea and the conflict in the East we witnessed significant economic disruptions. In such conditions, it is always a big challenge for an organisation and its employees to keep the business positive, to sustain and even grow it. Just consider the last crisis concerning the devaluation of the hryvna followed by inflation going up to 40-50 per cent. Consequently, the population of Ukraine faced tremendous challenges with a drop in disposable income. Our consumers face challenges, and they suffer economically. As a food supplier, we need to adapt, be fast, react and protect our business,” Mr Bornemann adds.

“We are optimistic about Ukraine’s development. The situation in the country has improved. Under other more favourable conditions such as rule of law, reduced corruption and ongoing reforms this trend will continue, says BAFS’s Mr Lier.

“By the end of 2017, the GDP should grow by two per cent and in 2018 the market is expecting growth of four per cent. However, the Ukrainian market still remains risky, but given the ease of logistics and the rather large capacity for manufactured goods, Ukraine is definitely promising for many Polish companies,” says Zefir’s Mr Furman.

Nestlé’s Mr Bornemann believes that there isn’t a country where success and growth can be reached easily. “You have to work hard, be fast and understand the FMCG area, its consumers, trends and products. You also need to deliver products of a good quality and taste. We must be better than the competition. It’s not easy; it’s not something that simply falls out of the sky.”

A wave of optimism

Companies see opportunities across all sectors. For BASF, the demand for innovation is important.

“Ukrainian business acknowledges the importance of chemical innovations and technologies. Some industries, for example food and beverages and light industries and construction, experienced slight growth in 2016. We see good potential in Ukrainian regions. West Ukrainian regions and regions of Central Ukraine (especially in Kyiv) are developing the most quickly. The reasons are the foreign investments that are coming there, the improved political framework and the entrepreneurial approach to the development of the region as such,” says Mr Lier.

“So far, our investors have been happy to have their production in Ukraine. Beside metal-production, we have also started sewing production. Future growth is expected to come from bringing more work to Ukraine, which is now outsourced to external suppliers, and from providing more value-added services, for example, participation in R&D projects” says Guldmann’s Mr Yurynts.

BASF’s Mr Lier is strongly convinced that the EU Association Agreement is a long-term roadmap for Ukraine to modernise and become globally competitive.

“This has an impact on all industries starting with agriculture, light industries and others. This is an opportunity for Ukrainian market players to develop and win new markets by implementing new business processes, while changing product ranges and marketing policies to better meet EU requirements. In 2016, Ukraine exported its goods and services to 221 countries in the world. Ukrainian medium-sized companies are actively developing and investing into new technologies to conquer new markets in Turkey, European countries, South and South-East Asia and North Africa, etc.,” Mr Lier says.