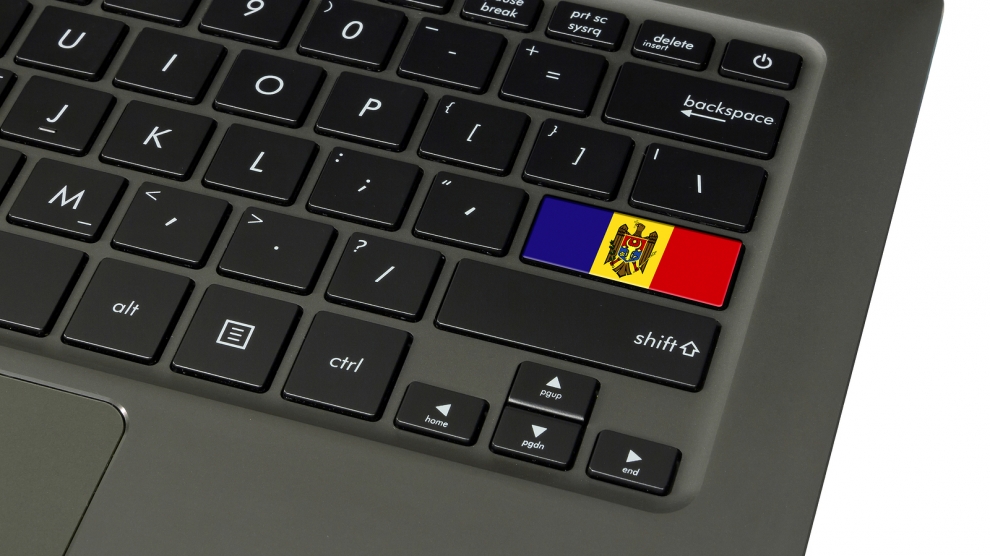 For a small country with few natural resources like Moldova, the IT sector today represents one of its greatest opportunities.

“It is often argued that Moldova’s ICT sector has a high, unexploited potential for development,” says Faz Zavahir, chairman and senior business mentor of Vision the Idea, a management consultancy firm which helps start-ups.

“The realisation of this potential, the argument goes, would enable Moldova to serve as a regional destination for outsourcing ICT goods and services and hence boost employment and economic growth.”

In fact, Moldova is in a very interesting regional format: its timezone is favourably placed between western and eastern Europe and can be leveraged to seek partnerships and serve clients from both these regions. The cost of doing IT business is advantageous – about 30 per cent to 40 per cent cheaper than its larger neighbours such as Romania and Russia. Moreover, the country is recognised as a benchmark for its advancements and innovative developments in e-Government, especially by countries in East and West Africa.

“The ICT sector plays a special role in the country’s portfolio of opportunities for investment. It is not only a strategic branch of the national economy with consistent qualitative growth, but constitutes the channel of Moldova’s integration into the global information and economic infrastructure,” adds Rodica Verbeniuc, general director of Invest Moldova.

“Access to the internet, even in remote areas, combined with the e-Governance system, have contributed to a general technological upgrade, ensuring a more transparent environment for sustainable business. Due to dedicated policies applied by the government, the existing human potential expressed in multi-linguistic skills as well as traditional technological know-how, the agency’s call to invest into ICT is an honest promise to grow the business in Moldova.”

However, as pointed out by Mr Zavahir, Moldova faces strong international competition from regional established players such as the Czech Republic, Hungary, Poland, Estonia, Romania and Bulgaria.

For Vitalie Tarlev, state secretary for IT&C at the Ministry of Economy and Infrastructure, the industry is not only strategic but also a facilitator and a catalyst for development and innovation, a business transformer and an education upgrader.

“The government has for some time focused its attention on stimulating the IT sector and applied a holistic approach, starting with policies and legislation to stimulate the high-performance electronic communications infrastructure as well as to the initiatives addressing the development of the IT business ecosystem,” he tells Emerging Europe.

“The IT sector has indeed exceeded growth rates seen elsewhere in the economy,” agrees Arcadie Grosu, founder of the IT company Scalek.

“The sector is boosted by the presence of international companies that offer very good opportunities, training and certification programmes. Also, if we look at the regional level we find that Moldova is an attractive destination for companies to deploy their IT activities and projects. This is why we have many local IT companies which work with entities from Europe, the US or other countries where the costs of IT services and professionals are very high. Local incubators have played also an important role here because they are organising different activities like hackathons, conferences and meet-ups,” he tells Emerging Europe.

However, this growth didn’t happen overnight, and the country’s economic crisis has discouraged many investors from entering Moldova.

“To give an idea of the situation a few years back, at that time the ICT sector in Moldova was – and still is to some extent – dominated by companies that do outsourcing work for other firms, rather than firms developing their own products,” explains George Teodorescu, regional director at photo editor Mixbook.

“Most engineers worked in such companies, although some had cut out the middleman and worked directly with foreign clients, bypassing the system altogether. Excessive employment and corporate taxes eroded the cost advantage of setting up operations in Moldova, leading some unscrupulous IT companies to pay employees off the books, or underreport profits. This deprived the government of revenues, and it responded by raising taxes or multiplying inspections that were often arbitrary or abusive –  it was a vicious cycle,” he tells Emerging Europe.

An important step towards stimulating the ICT sector was the implementation of a law on information technology parks, which created the first Moldovan IT park, which today can count on 346 registered residents with about 6,000 employees.

Anton Cucer, executive partner of Meta-Sistem, a company creating websites and business software, sees the IT parks law as an interesting development.

“There was a high tax burden by the beginning of 2018. The new law offered a seven per cent fixed tax for IT companies that join the parks. I’m sure that this initiative will boost the sector in a few years,” he says.

Other than competitive taxes, there are many other advantages offered by the IT park. Mr Tarlev highlights the high standards in education, creativity and multi-linguistic skills of human resources, inter-cultural heritage, geographic location and balanced timezone, the opportunities offered by the Association Agreement between the Republic of Moldova and the European Union, including the Deep and Comprehensive Free Trade Agreement (DCFTA), together with FTAs with a wide range of countries, which offers free access to potential markets of over 880 million consumers.

“The virtual format of the IT park means that IT companies adhering to the park will continue to operate in their own offices on the territory of the Republic of Moldova. At the same time, it is important to note that IT park residents can attract foreigners on preferential conditions, after the adoption of the IT visa initiative which provides an easy legal framework for labour migration for foreign IT specialists, managers and investors,” he adds.

The operational period of the IT park law is 10 years and the list of eligible activities is extensive, including software development and IT consulting and services, as well as R&D and educational programmes in a wide range of sectors.

“The key goal of developing the IT park in Moldova was to create a tool which would be able to enhance the competitiveness of the IT industry by confronting challenges such as the low regional/international competitiveness of Moldova, risk of business relocation to other countries and, very importantly, the migration of a skilled labour force.”

Investing in the country

All of this makes Moldova a more attractive proposition for foreign investors coming to the country. Faz Zavahir decided to enter the Moldovan market for many reasons, including the skilled labour force, the governmental measure to promote investments, and the fact that Moldova is the only country that has both a preferential trade regime with the EU and a free trade system with the ex-Soviet area and one of the highest growth rates among Central and Eastern European countries.

“Before entering the Moldovan IT market, we looked at a few markets in the region, including Romania and Ukraine as they all have talented engineers and a growing IT ecosystem. In the end we decided on Moldova because of the quality of the local engineers, its great cost-to-quality ratio, great internet penetration and availability, and because at that time the local IT market was not yet on the map of the big investors and hence a Silicon Valley company such as ourselves would have an easier time attracting and retaining top talent. We had also found a great local partner to assist us with setting up our operations in Moldova, which is always an important factor when considering investing in an emerging market,” comments Mr Teodorescu.

Mixbook has been present in the country for over three years. It minimised the investment risk by operating through a local partner, an existing IT outsourcing company who would provide office space for local engineers, help fill their open positions, and generally handle all the hiring and administrative aspects of running an office in Moldova.

“Restarting Moldova as an IT destination requires an efficient use of its limited resources, timely career orientation, adjustment of university curricula, retention and return of the IT professionals in the country, as well as attraction to the industry of the highly skilled IT professionals and technologies from abroad. In addition, in order to achieve our goal for the IT sector, we need to diversify access to investments and other financial mechanisms for starting and developing a business in Moldova,” explains Mr Tarlev.

In this regard, the ministry of cconomy and infrastructure has updated its policies to support the growth and diversification of the IT industry, promoting a new strategy for the development of the information technology industry and digital innovation ecosystem for the years 2018-2023. In order to maintain and enhance the growth rate, the objectives for the next stage are to capitalise on identified reserves, to further support a competitive business environment, to invest in digital education and ecosystem improvement, to target quantitative and qualitative growth of the sector by attracting new investments, to increase the internal consumption of IT products horizontally in various sectors and to promote the sector’s offer on targeted markets.

Businessmen like Anton Cucer think that the main challenge was to have a stable and professional IT team and the possibility to find more personnel in a short period of time when needed.

“Now we have a strong HR department that does a good job. We even offer out-staffing services, which means we provide companies with IT personnel working remotely from our office. The other challenge was to make the income stable and predictable. That’s how active online marketing activities were started and now this gives us a stable customer flow. Due to the many projects we have now carried out, we have a stable amount of clients on support, which provides predictable monthly income,” he says.

“One of the challenges which remains is a lack of human resources, which can slow the growth and the development of the sector. When starting the company we also faced this challenge and continue to face it,” agrees Mr Grosu. “But if the sector continues to be supported by so many local and international players then more and more people will choose to develop their careers in IT.”

Mr Zavahir believes the main challenges are represented by a poor compliance with management practices, standards and regulations; weak governance and clientelism; and underdeveloped e-commerce due to a lack of modern banking tools.

“Some of the challenges are common to all the markets in the region, while others are particular to Mixbook’s own strategic choices in Moldova. Over the past two years or so there has been an explosion of investment in Moldova’s IT sector as the country has been making a name for itself as an attractive destination in the tech field. This has put a lot of upward pressure on salaries, and also led to a bit of a brain drain of experienced local engineers, as some of them get either promoted through the ranks of a multinational company and get posted in other international offices, or simply move out of the country in search of better opportunities (usually in Western Europe or the US),” adds Mr Teodorescu.