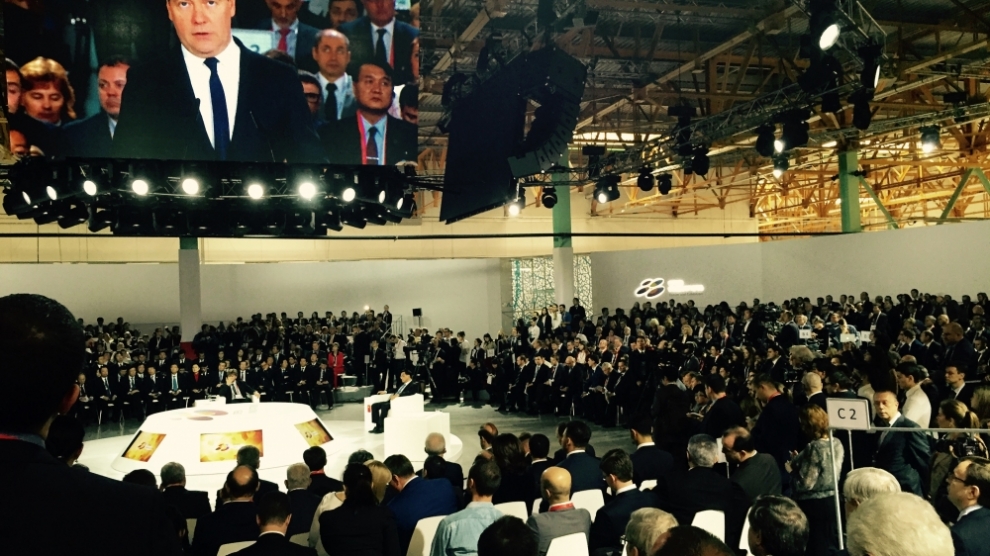 Despite the sanctions imposed by the European Union and the US, Moscow wants to attract a large number of foreign investors. The City Hall has been working hard to develop a new investment strategy for the period of 2015-2025. The plan is to focus on increasing long-term investments connected with industrial development and invite international corporations to open their headquarters in the city. Moscow’s officials want to achieve that goal by making doing business easier.

“Investment climate is one of the most important tasks to be solved by the City Government. We perform systematic work to reduce administrative barriers. Thanks to the cooperation between business, the state and the capital city, within a short time, we have managed to simplify many processes, including a reduction of procedures for registration of ownership from five to one. Also the time required for the procedure [to be completed has been] reduced three times (from 57 to 18 days),” says Oleg Bocharov, Head of the Department of Science, Industrial Policy and Entrepreneurship.

According to the City Hall, Moscow has always been a popular investment destination. In 2013, the whole country attracted investment worth €144 billion, with a mammoth €82 billion going to the city of Moscow. The most popular sectors are food processing, manufacturing of optical and electrical equipment and vehicles.

“In fact, almost everything is produced in Moscow — from bread to aviation complexes for combat aviation, from razor blades to space modules,” Bocharov boasts.

In 2012, The Russian capital’s area grew from 1,070 square km to 2,560 sq km and, in terms of land footprint, Moscow now comes close to Paris. This provides additional opportunities for investors.

“If an investor needs large-scale assembly facilities or large workshops, we are ready to provide an opportunity for such construction, including in the territory of new Moscow.  It is very important that in all of these territories the Moscow law applies, providing tax benefits and releases for successful start of the business,” Bocharov adds, stressing that it is high technologies, modern production and innovations that the City of Moscow would like to attract.

The city representatives believe the sanctions imposed by the US and the European Union should not be an obstacle to realise their plan.

“Sanctions are not a problem, sanctions are opportunities. The market is bestirred — the demand structure and prices are changing. There are new businesses and production chains. A huge amount of people are facing these changes and are trying to find a place to use the situation as a window of opportunities. Russia has a real chance of developing industries whose growth was [earlier] prevented by foreign competitors. Sanctions with regard to certain types of technologies resulted in increased consumption of Russian innovative products. Development of technologies in the country is in demand now. We can see that billions of US dollars are invested in hi-tech industries. These are investments in electronics, new materials, crystals, nanotechnologies.  And the most important: it is impossible to apply sanctions to innovations,” Bocharov says.

During Russia Direct’s webinar, “Russia’s strategy against financial sanctions,” which took place in mid-October, Dr. Christopher Hartwell, the president of the Centre for Social and Economic Research in Warsaw (CASE), said that the sanctions came at the worst possible time for Russia.

“Russia was already a country with an economy that was slowing down, it’s been slowing down since 2012, it was an economy already looking at recession and the sanctions have pushed it over the edge… As time is going on we see it coupled with this weak economy, which already has structural problems… [Sanctions] started to take their toll: We see it in capital flight, in price inflation, and throughout all strata of the Russian economy,” he added.

Given the considerable threats to growth, the Kremlin will need to thread carefully not to let politics get in the way of the City of Moscow’s economic and investment plans.