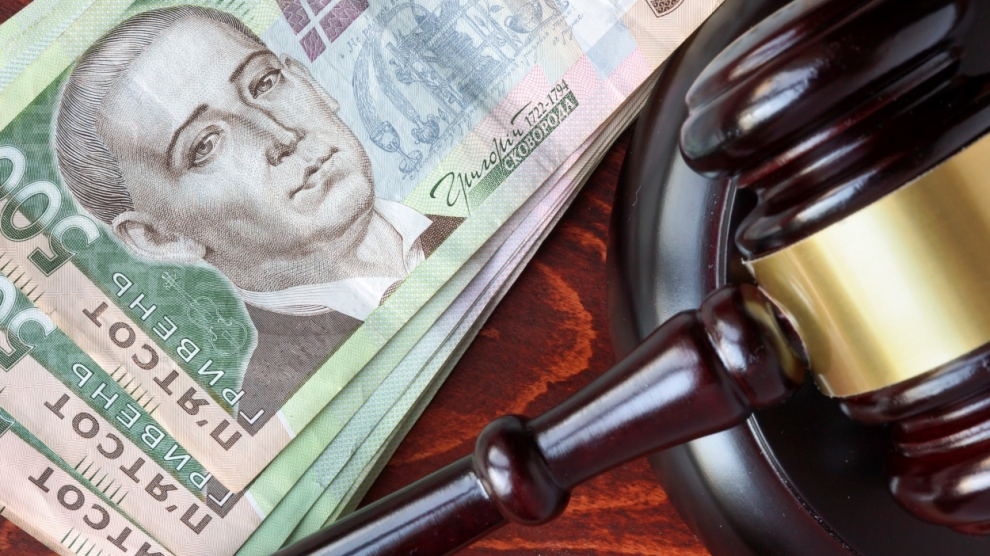 Valeria Gontareva, governor of the National Bank of Ukraine (NBU), might be leaving office, but is often commended for the banking sector restructuring and consolidation that has been long-awaited by foreign investors.

“We are still not at the end of the road, but compared to where we were a few years ago, when we had about 200 banks, the situation is much better,” Dmytro Sologub, deputy governor of the National Bank of Ukraine tells Emerging Europe. “Most of the banks which we wiped out from the market were already “dead”, by 2008. Some of them had been haunted by imprudent practices for 20 years, and their supervision was also pretty negligible. So, there was simply no other choice because the longer you wait, the larger the problem you face,” Mr Sologub adds.

“As a result, 87 banks out of Ukraine’s total number of 184 banks were declared insolvent in 2014. The Deposit Guarantee Fund (DGF) paid out more than UAH 85 billion (€2.8 billion) of guaranteed deposits to individuals who had accounts in the failed banks and now the DGF’s main task is to recover the funds from the asset disposals,” says Kostyantyn Vorushylin, managing director at the DGF.

“The process of mass insolvencies of banks is already coming to a logical conclusion,” says Andriy Dovbenko, Managing Partner at N&D Law Firm. “Most of these banks are in the process of liquidation, which is accompanied by the sale of their various assets, including real estate and production facilities. At present, the Fund is actively increasing the volume of sales of their assets, which is significantly affecting the level of supply of property, which belonged to banks being liquidated, on the market, as well as their receivables. Therefore, the sale of relevant assets is taking place in economically favourable circumstances,” Mr Dovbenko adds.

“The total book value of assets under management is UAH 471 billion (€ 15.7 billion). 20 per cent are physical assets such as bank premises, equipment and real estate. 80 per cent is loans, 95 per cent of the loan book is non-performing and half of the loan book consists of 600 big corporates,” says Mr Vorushylin.

“At the same time, the approximate market value of such assets is about UAH 97 billion. The Fund puts up bank assets worth UAH 4-8 billion a week, for sale,” adds N&D’s Mr Dovbenko.

“As an example, in early April, the DGF put the assets of 55 banks undergoing liquidation up for sale. The total face value of the assets made up to UAH 7.6 billion,” says Tamara Savoshchenko, chairwoman of the Management Board at Ukrsotsbank.

“The main type of such assets (about 80 per cent of the total volume) is receivables, where a lot of various corporate borrowers use property as collateral. It should also be noted that legislative amendments came into force, in early 2017 that removed the restrictions about the list of persons who can take part in auctions for the sale of receivables. So from now on, any legal entity or individual, except for the borrowers and guarantors of the relevant loans, can acquire the receivables. Due to these changes, the market for receivables of insolvent banks is expected to become more active in the near future” says Mr Dovbenko.

“These assets can be acquired by any investor, from Ukraine or outside, but of course Ukraine needs as many foreign investments as it can get, to boost economy growth,” says Ukrsotsbank’s Ms Savoshchenko.

Mr Dovbenko explains that the acquisition of the assets of banks that are being liquidated is attractive because of their cost, which is extremely profitable in an era of financial crisis. However it is associated with some risks. “Despite this, many large Ukrainian banks, as well as foreign investors have shown strong interest in acquiring such assets, since the benefits from their acquisition often remain attractive even in view of the possible risks,” he adds.

“Should DGF decide to sell a bank to the investor, the latter should meet the requirements set by the Ukrainian law “On the deposit guarantee system of individuals” and should obtain the NBU’s approval, under the pre-qualification procedure of persons who may be involved in insolvent banks withdrawal from the market, as well as their participation approval,” says Andriy Pyshnyy, chairman of the Management Board at Oschadbank.

“Therefore, the DGF mainly sells the assets as the rights of claim under loan contracts and also as property entered in the books of insolvent banks. They are sold at public auction, at the price set by assets evaluation methodology for a bank that has been rated as bad or insolvent, and approved by the DGF,” Mr Pyshnyy explains.

Under the current legislation, the sale of the assets of insolvent banks takes place by auction in the form of electronic trade, the subject of which can be both the assets, which are of direct interest to the buyer, and the receivables, secured by collateral (mortgage) on the relevant assets. There are two main ways of acquiring the assets of troubled banks: buying them at auction or foreclosing on them (as collateral) as a result of acquiring the receivables. Both methods are associated with the certain risks that can significantly complicate potential buyers’ procurement of assets of interest.

“The main risk after acquiring the assets is the complications involved in foreclosing on the collateral because of the weak legal framework and protection of creditors’ rights. To mitigate the risk, international buyers of NPL’s need to use their resources to hire legal counsel and other professionals who can seize the assets,” says DGF’s Mr Vorushylin.

“Most of assets’ value has been lost through the exchange rate differences, bankruptcy of borrowers, insider loans, loans with pledges in the form of “junk” securities as well as assets that are located in the anti-terrorist operation zone (ATO) in Donbas and Crimea,” says Oschadbank’s Mr Pyshnyy.

Mr Dovbenko says that the main risk that comes from the acquisition of assets directly at the auction is that a former owner of the assets may launch a judicial appeal against such an auction. This encounter can last for years and the outcome is by no means certain. In addition, it can be accompanied by a temporary return of assets to the previous owner only to have them transferred to other legal entities, which can make the return of such assets impossible.

“The procurement of assets because of foreclosure on collateral (mortgage) after the acquisition of receivables is also associated with certain risks. For this reason, Ukrainian legislation provides for an option that is convenient to the buyer, of extra-judicial foreclosure on collateral (mortgage) property, in particular, by obtaining a property right to it. However, following the implementation of these procedures, the previous owners can initiate an eviction law suit,” he adds.

The acquisition of assets in the form of real estate is often associated with the risks of such properties simultaneously holding several mortgages or there are problems with the technical documentation (unauthorised extensions, unauthorised renovations) that require detailed research prior to the acquisition of such a property. In the case of acquiring an asset in the form of the corporate rights of a company, there is a risk of concealment of the company’s real financial condition from the buyer, including arrears to third parties and budgets of various levels, which can cause the transaction to be accompanied by an audit of the enterprise being acquired.

The faster the better

Mr Vorushylin says the DGF advocates fast and transparent asset sales. “The main task is to sell the asset at the highest possible price for the benefit of the creditors in the failed bank. Anyone, with the exception of the original borrowing entity and the guarantee, can buy assets, including the NPL,” he adds.

“An overall restructuring of the banking sector should be also used to foster the development of broader capital markets,” concludes Gunter Deuber, Head of Economic, Fixed Income and FX Research at Raiffeisen Bank International (RBI) AG.