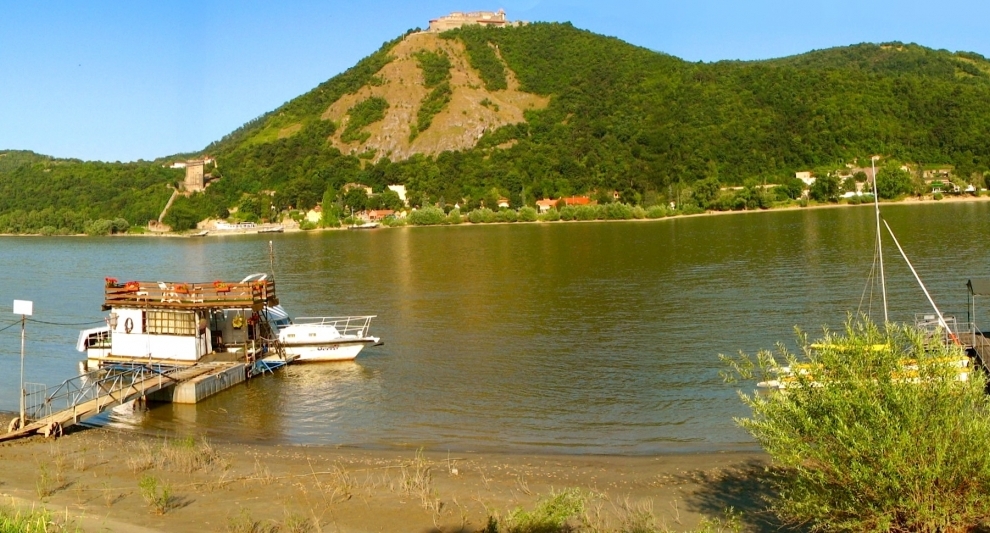 “Ten years after the EU accession, the socio-economic progress in V4 is plain to see. The EU membership has boosted both the economic strength and the relevance of V4 countries. Their total GDP share within the EU28 has increased by one half over the last decade to reach 5.4 per cent in 2013. Their relevance has become most visible in foreign trade, with V4 becoming the fourth largest exporter in the EU. These countries have also experienced strong income convergence. The GDP per capita of the V4 measured by purchasing power standards has increased from 49 per cent of the EU15 average in 2003 to 65 per cent in 2013. Thus, the income gap between the V4 and the old EU members has narrowed by one third,” says Juraj Kotian, Head of CEE Macro/Fixed Income Research at Erste Group.

In order to best quantify the overall impact of the EU membership for the Visegrad countries, Erste analysts built a counterfactual based on four European countries that experienced similar growth to the V4 over one decade (Austria 1965-75, Norway 1969-79, Portugal 1967-77 and Spain 1967-77), but were not EU members for another decade. “Based on this benchmarking, we estimate that EU membership increased the annual average growth in the V4 by around 1pp annually over the last decade,” explains Juraj Kotian.

Even more important, the progress has gone far beyond just headline indicators like the increase in GDP per capita. According to the reading of the quality of life index (an indicator that measures not only material wellbeing, but also other variables such as life expectancy, early school leavers, income inequality, gender pay gap, homicide rate, etc.), three out of four V4 countries jumped in the quality of life ranking, with Czech Republic actually surpassing Italy and the UK. Slovakia, the Czech Republic and Poland were among the top five countries with the largest improvement in life quality over the last decade, while Hungary experienced the second largest worsening right after Greece.

Price convergence had to go hand in hand with income convergence. The aggregated price level of the V4 had increased to 56 per cent of that of the EU15 in 2012, from 46 per cent in 2003. The price gap has narrowed by 1/5. The good’s prices that reached or almost reached the EU15 level are communications with 102%, clothing and footwear with 89% and electricity and gas with 80 per cent (2012). The highest price gap still remains in state regulated services such as healthcare and education, due to the lack of liberalisation of the market and the government’s preference to provide many services for free or at low costs, although at the expense of quality.

EU enlargement beneficial for new and old members due to EU funding and trade liberalisation; V4 region now ranks as the fourth largest exporter in the EU28.

Becoming part of the EU opened new opportunities for companies in V4, as they got access to a single market with more than 500 million customers. This yielded fruit and export dynamics across all V4 countries have been remarkable. In fact exports turned into one of the most important advantages for the region, as three out of four V4 countries (Slovakia, Hungary and the Czech Republic) rank in the top 5 most open economies in the EU. V4 countries were outperforming old member states in export growth by a wide margin. Exports of V4 countries grew three times faster than exports of old EU15. The V4 region now ranks as the fourth largest exporter in the EU28 (compared to the sixth position in 2003), becoming a real heavyweight among European exporters. At the same time, V4 countries were also successful on external markets – their exports to non- EU28 countries have quadrupled since 2003.  

On the other hand, the EU enlargement provided a unique opportunity for companies in Western Europe to build new or scale-up existing production capacities in the V4 that made them more competitive both on the internal EU market and the external market. Car manufacturing became the most prominent export-oriented industry in the V4. V4 countries have been persistently outperforming car production in old member states and the V4 became the second largest car producer in EU after Germany.

The Austrian economy has also benefited from V4 countries’ EU accession. The share of exports going to V4 countries in Austria’s total exports increased from 8.9 per cent in 2003 (the year before entry) to 12.4 per cent in 2012. The biggest growth as an export destination was seen in Slovakia (also influenced by the adoption of the euro in 2009), from 1.3 per cent in 2003 to 3.5 per cent in 2012, while Hungary was the only country of the four to lose some of its importance as an importer of Austrian goods and services (from 3.6 per cent to 2.9 per cent). This negative development could be partly explained by the depreciation of the HUF against the EUR in recent years. With exports an important component of Austria’s economic growth, the above-mentioned extension of the export market, accelerated by the V4 entry into the EU, had a stimulating influence on the Austrian economy.

Along with the trade liberalisation, EU funding is playing a critical role for V4, facilitating projects that improved the infrastructure landscape and supported the SMEs. Further EUR 135.4 billion are earmarked for V4 within the new budget allocation for the Cohesion Policy 2014-2020.

Although all V4 countries committed to adopting the Euro, only Slovakia joined the Eurozone so far. For the other V4 countries it is still not much of a current topic, with EUR adoption most likely to happen only at the end of this decade, when countries will fully comply with Maastricht criteria (and Fiscal compact) and the new design of the Eurozone will be better known. The long-term benefits stemming from the openness of V4 economies and their export orientation towards the Eurozone are factors that would play a strong role in the Euro adoption. Joining the Eurozone and ESM thus remain open questions for V4 in the next decade. Due to the presence of financial institutions with cross border operations, both issues are highly important for the region. Adopting a passive or even contrary attitude would be counter-productive.

“Given the constantly shrinking population, V4’s ability to attract and integrate migrants will prove to be decisive. This is particularly relevant for the size of the working age population. Unless V4 countries are prepared to undertake significant efforts to attract skilled labour from abroad in the medium term, it is foreseeable that work force shortages will significantly hurt potential GDP growth across the region,” explains Rainer Münz, Head of Research & Knowledge Centre, Erste Group.

Erste Group analysts’ view on the local economies: “Sound in body, unsound in mind” is the best description of the Czech economy. The weakness is connected to domestic demand, the depressed sentiment and excessive fiscal restrictions. In 2012, Czechs were the second most pessimistic nation in the world, according to a Gallup survey. Greeks came in first. The difference in fundamentals between the Czech Republic and Greece is so obvious that “unsound in mind” can be the only explanation. “To release the bottleneck, the Czech economy needs to decrease perceived corruption and improve the efficiency of its institutions. Both are a priority of the new government, alongside investment support. Long-term priorities have to be energy diversification and an increased share of technical graduates to fully utilise the industrial potential,” recommends David Navratil, Head of Research at Česká spořitelna.

For Hungary, foreign trade intensification has been the most important advantage of EU accession. Last year, total exports rose to a record high of EUR 81.8 billion, whereof 77 per cent was EU-oriented.

Nonetheless, the heavy inflow of EU funds (5.5 per cent of GDP in 2013, 2.4 per cent 10-year average) remains one of the main arguments in favour of Hungary’s EU membership. However, this has also brought some negative effects, as the distribution of EU funds has proved neither effective nor optimal. Furthermore, it has helped mask structural problems, such as high public expenditures (50 per cent of GDP) and low employment (53 per cent). “Hungary’s major challenge for the coming years is to achieve significant improvements in these fields in order to boost its currently low growth (0.8 per cent),” comments Gergely Gabler, Head of Fixed Income Research at Erste Bank Hungary.

Apart from the well-recognised economic benefits arising from deepening integration, the opening of the labour market was one of the most beneficial changes for Poland. The unemployment rate visibly dropped and the inflow of remittances increased, positively impacting households. Moreover, the boost in public investment before the Euro Championship in 2012 would probably not have been as strong had it not been for EU funds. These saved Poland from recession when all of Europe was struggling with the crisis. “We believe that increases in R&D spending and the economy becoming innovation-based are the greatest challenges ahead for Poland”, says Katarzyna Rzentarzewska, Fixed Income analyst at Česká spořitelna.

The deepening of economic integration, especially in foreign trade, has been the main benefit of Slovakia’s EU membership. On top of that, as the only V4 country to join the Eurozone, Slovakia rid itself of FX volatility and thus differentiated itself from peers. However, the adoption of the euro came with some costs, which were unknown at the time. Fixing the convergence rate at a very high level backfired during the crisis. Slovak retail prices and labour costs became extremely expensive compared to regional peers where currencies depreciated. The labour market thus became the main shock absorber, which is why unemployment spiked much more than in neighbouring countries. “The overhaul of public institutions and improvement of labour market flexibility remain the main challenges for Slovakia in future”, explains Martin Balaz, Fixed Income analyst at Česká spořitelna.