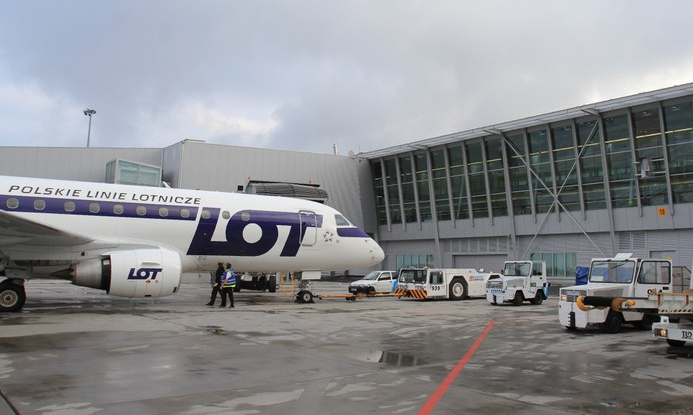 As just one example of the aerospace sector being a key opportunity for foreign investment in Emerging Europe, Warsaw Airport – otherwise known as Frederyk Chopin International –has been undergoing renovations since 2012, due for completion in December 2014. As Poland’s biggest airport, the new Terminal 1 will make it even bigger with a traffic capacity of up to 26 million passengers a year.

Along with Gdansk, Wroclaw and Poznan, 14.8 billion EUR was spent on expanding and building new airports and terminals in Poland. Two new ones are already up and running, including Warsaw Modlin, servicing low cost and charter airlines and costing a total of 92.6 million EUR, and Lublin Airport, opening at a cost of 121 million EUR. These plans will make the already growing economy of the country a strategic air centre, with a total capacity of 12.5 million passengers per year, along with Krakow’s new terminal also due to finish in 2014 and costing 96 million EUR.

Aside from that, there is a growing number of budget airlines emerging in the CEE region and boosting the European aerospace sector. That means expansion to existing airports and new constructions to facilitate the increased traffic. In 2011, 50 commercial airports there handled over 84 million passengers, with Romanian airports achieving the highest growth at 40 per cent.

According to the Romania: Your Business Partner for 2012 report, the country has a long history of aviation. It was officially established as an industry in 1910 and now boasts about 5,000 employees in the sector. That’s predominantly in the manufacture and assembly of aircraft subsystems, 20 types of transport airplanes, helicopters and some medium missions to outer space. The country’s strengths lie in research, design and development, manufacturing structural aircraft items, general assembly, integration of modern avionics and systems, maintenance and overhaul works. Considering the low labour costs of the country, that means a relatively cost effective manufacturing process for prospective foreign companies looking to invest in air transport in Europe. Upgrade programs, flight tests, certifications and customer support is also available, while Private R&D in the sector is developing rapidly.

In terms of specialised aircraft production, Poland has over 120 aviation and aviation-related companies, with annual sales of 823 million EUR and employment of over 23,000 people. The country boasts quality products, competitive labour costs and a high standard of innovation due to large expenditure on R&D. That includes an investment of 76 million EUR by the National Centre for Research and Development between 2013-17. The industrial cluster of Aviation Valley in South-eastern Poland also features scientific research centres and educational and training facilities.

The Czech Republic also has a steadily developing aerospace industry. There is potential for manufacturing cooperation in niche exports opportunities in the sector. There are new aviation applications being developed at Czech universities, renewal of production in aircraft factories and improvement of infrastructure. It is also a leader among other CEE countries in availability of R&D, even exceeding Germany in terms of specialisation. But Poland still remains a key, not only in construction currently underway on Warsaw airport but in its aviation cluster also.

Visegrad countries – plenty to celebrate, yet more work ahead
Poland should renegotiate the ERM2 mechanism
Comment