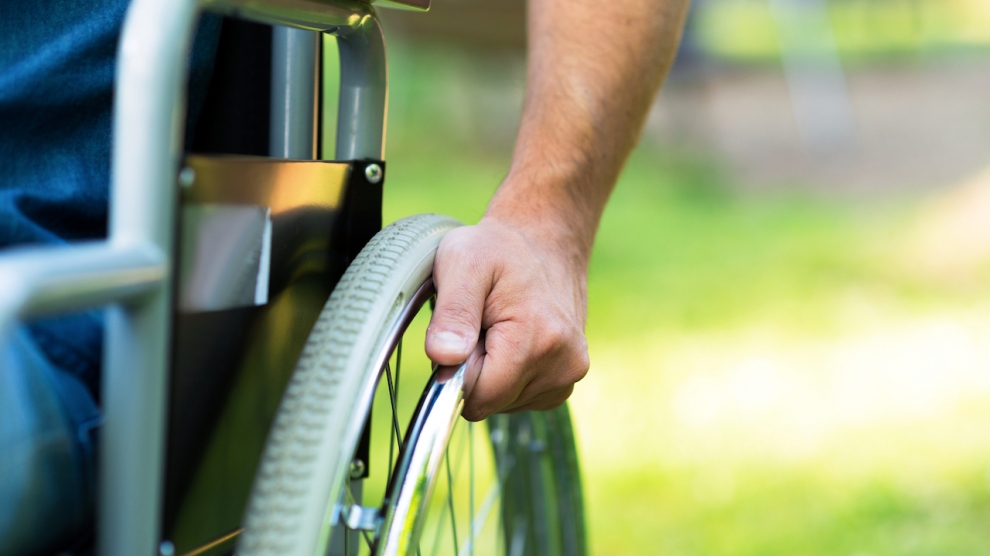 In the past building exoskeletons might have been reserved for large companies — all five of the major players are listed on NASDAQ or the Nikkei and only three of them are manufacturing products that are commercially available. However, some young Romanian inventors decided to challenge them and to build an exoskeleton which would be more affordable than the ones these giants offer.

András Kapy, CEO at Axosuits, spoke to Justyna Wróbel about how he and his friends came up with the idea of democratising access to medical technologies and improving people’s quality of life.

What have the Axosuits team been up to in the past few months?

First of all, we are raising funds to continue our work and are currently in discussion with a few major med-tech companies. But more importantly, we’ve been busy applying for market certification. It’s a laborious but mandatory process in order to hit the market.

What are your plans for development right now?

Our engineers are working to achieve regulatory compliance and optimisation. We’ll continue the improvement of our features next year, and we have some key ones that we’d like to develop for the next version; the most important is self-balancing, a necessary feature for elderly users.

Which markets are you present in and which are you planning to reach for in near future?

Our main focus is on the medical market and we plan to start commercial activity in 2017. We are working on the enhancements needed to enter the elderly care/elderly autonomous living market. Non-medical use cases have been discussed but I’m not at liberty to discuss them at this time.

Let’s go to the very beginning, how did you come up with the idea of the exoskeleton?

I had a childhood passion for technology and engineering but entered the software outsourcing business. As the wages increased I realised this business is doomed, especially if done on a small scale. My former colleague and the first investor in Axosuits, Adrian Gheara called me one day, telling me about a really smart guy, my future associate Dorin Hirte. Adrian said “there’s a bright guy who could do remarkable things, you should meet him too”. We met and I saw his signature works in automation and animatronics.

I had been looking for something that was not yet a business, something I could be passionate about; something that would have a larger impact and not just be about quick money. Dorin was already helping out the local rehabilitation hospital and we started discussing helping people with medical exoskeletons. There was already one player on the market in 2013 and after a couple of meetings we decided to take on the task of democratising access to technology, to help those who really needed it. That was more than three years ago.

When did you realise your idea could translate into a business?

Well, we received several prizes for our endeavours and we’re one of the few privately funded start-ups in Romania. On a more personal note it felt really good when unknown people stopped me on the street and congratulated us, wishing us luck.

How does it work and how can it improve people’s lives?

There are several ways an exoskeleton can improve the quality of life. First of all, there is the psychological and social aspect. Humans are bipedal creatures, we need to be able to stand and walk upright. We take this for granted but that’s not the case for all patients. Let’s imagine the reaction of somebody who has received a simple verticalizer for the first time after an accident. It’s a truly emotional moment for everyone who sees it.

There is also the medical aspect. Although wheelchairs have been around since ancient Egyptian times, it is simply not good enough in 2016. There’s a myriad of secondary diseases produced by sitting in a wheelchair. Wearing an exoskeleton can reduce or eliminate those diseases.

Last, but not least, the patient can and should go back to work. Most spinal cord injury (SCI) patients are young between 18 and 35 years old. They have to remain active. The exoskeleton is not just a medical device, it’s a life companion.

On the website you say the exoskeleton is affordable? How do you compare that to other similar facilities in the market?

Currently available exoskeletons cost between €70,000 and €150,000. Our target retail price is the same as that of a mid-sized car. There are only Ferraris on the market when we need millions of Dacia Dusters.

Who do you want to reach out to?

Based on the pre-orders and sales leads we have two major groups: medical professionals and private users. Medical professionals, hospitals and rehabilitation centres are looking for ways to expand their service portfolio and to generate additional revenues. An exoskeleton treatment is a good alternative and so getting an exoskeleton is a natural next step for them.

On the other hand, private users have a personal need for an exoskeleton. The reasons vary but the scope is the alleviation of their condition, more autonomy, self-sufficiency; you name it. It is always harder to converse with a patient who has a very real and deep trauma than with a hospital manager. It is also more rewarding to see someone stand upright again and walk around.

How big is the team now?

Axosuits has a small but dedicated team with four core members and several consultants. We also have the benefit of having an advisory board. We may be small now, but we’re already using corporate style management.

I just want to circle back to what the market offers, the demand and the existing competitors.

The market needs tens of millions of exoskeletons, while current annual sales are fewer than 200 units. It’s a big boy’s game; the large players are publicly listed companies. So how come a Romanian start-up with an incomparably smaller budget has entered this business? Well, we have our brains to compensate for our lack of funding or government grants.

The truth is that all the big players started their activity with military / government / academic money. They had no incentive to keep the costs low and to achieve more with less. We, on the other hand, started with our own money, our own personal savings. This forced us to think more and be more creative.

Our design uses commercial off-the-shelf (COTS) components and smart software. We created the whole design from scratch with the tools and materials available in Central and Eastern Europe. I’m not denying the benefits of military grade technology and state of the art materials but when it comes to the cost-performance ratio we offer more for less.

What advice would you give to companies from the region who would like to expand to other markets?

I come from a software outsourcing background, which offered me financial security. All the same, I knew that sooner or later outsourcing would no longer be sustainable in Romania. I took a risk in entering an area that was not yet a business and where there was no formal market yet.

My recommendation to the next generation of entrepreneurs is that if they have a passion and if that passion can be turned into a business, then they should just go for it.

How do you see the company developing over the next few years and where will the company be in ten years?

The next two or three years will be about regulatory compliance and setting up the sales network. The market is still in development so there is enough space to grow. In ten years’ time we will probably have been acquired by a large, multinational med-tech company which doesn’t have an exoskeleton in their product portfolio.

Click here to read more about the company and the product Axosuits offers.

Krynica: Mapping the Road to Central and Eastern Europe — 26 Years On
Survio – The Czech Start Up Creating 1.5 Million Surveys
Comment