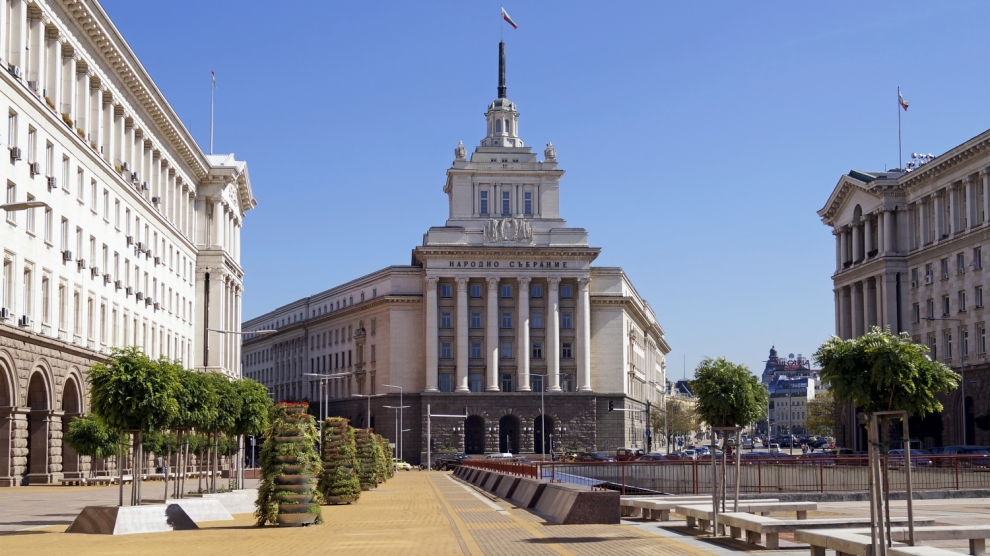 In 2015, Bulgaria was named the best outsourcing destination by the UK’s National Outsourcing Association (NOA), and the BPO sector’s contribution to the country’s economy amounts to 3 per cent. In addition to this, the Bulgarian government is aiming to improve the country’s business climate by offering a range of incentives for foreign investors as well as individuals.  The country currently has the lowest rate of personal income tax in the European Union and it offers fiscal citizenship to foreign nationals, working in Bulgaria.

Bojidar Loukarsky, Bulgarian Minister of Economy, is coming to London in mid-April for his first official visit. He spoke to Andrew Wrobel, Head of Editorial of Emerging Europe, about the growth prospects for Bulgaria’s BPO sector as well as other key sectors and the country’s economic growth. The Minister is also taking part in Emerging Europe Live — CEE: The Outsourcing Destination, the first episode in the Emerging Europe Live series, which will premiere on April 25.

In 2015, Bulgaria was awarded the “Offshoring Destination of The Year” by the UK’s National Outsourcing Association (NOA). This was great recognition for the country. How did Bulgaria earn the award?

Indeed it was a remarkable achievement and a great recognition of our efforts. Bulgaria only started developing its outsourcing industry ten years ago and it has already succeeded in attracting a conglomerate of leading international companies.

Apart from the prestigious NOA Offshoring Destination of the Year 2015 accolade, Bulgaria was also awarded the 2015 European Offshoring Destination of the Year by the European Outsourcing Association, which has acknowledged countries and companies in Europe aiming to maintain the highest outsourcing standards, in the past six years. Bulgaria’s outsourcing success in 2015 was preceded by similar accomplishments in 2014 when A.T. Kearney ranked Bulgaria 9th in its “Global Services Location Index” and it was the only European country in its top 10 outsourcing destinations.

Bulgaria’s outsourcing industry is developing rapidly, now. 2014 marked an increase of 13.5 per cent compared to the previous year. Currently we have 180 large export-oriented companies, according to the Bulgarian Outsourcing Association (BOA). Local companies are amongst the biggest employers, with the ICT and outsourcing sectors generating the greatest number of new jobs in the country, reaching 41,000 in 2015.

The industry’s contribution to the country’s GDP is 3 per cent according to the Bulgarian Outsourcing Association. If the trend continues and Bulgaria keeps attracting new investors the contribution could reach up to 5 per cent in the next three to five years.

Bulgaria is an attractive outsourcing destination that offers several advantages. Firstly, it provides highly qualified personnel and low rental costs, which means competitive prices for business activities. According to research conducted by Cisco Systems, Bulgaria ranked fifth in the world and third in Europe in terms of the quality of its broadband internet connections. Bulgaria’s education system is conducive to developing the business processes for outsourcing projects.  It is one of the few countries that feature a system of specialised secondary language schools, where students are taught subjects in a foreign language after only a year of comprehensive studies. Last but not least, Bulgaria’s outsourcing service companies operate in 25 different languages and their customers are amongst the richest companies in Western Europe, North America and Asia.

For the last five years, Bulgaria has continued to attract close to $2 billion of foreign direct investment per year.

One thing that makes Bulgaria potentially attractive to investment from value-added industries is how it meets the highest investor requirements in terms of its sound investment climate, stability and predictability and through the incentives provided by the Investment Promotion Act.

I should also mention that, in 2015 Bulgaria remained an island of stability both politically and economically, which is vitally important for the investment processes. Bulgaria enjoys a strategical geographic position, as several pan-European transport corridors cross its territory. It is also a gateway to the EU’s Single Market as well as a springboard to the Asian markets. Low operational costs, an advantageous tax policy and an abundance of highly qualified experts are also drivers for investment. As I mentioned earlier, Bulgaria offers the international outsourcing market several competitive advantages. As far as production is concerned, and according to Cushman & Wakefield, Bulgaria is third amongst the top 15 manufacturing destinations globally, in terms of growth in 2015 and first in Europe. This is further proof that Bulgaria is one of the most attractive destinations for foreign investors.

Additionally, we are planning to introduce a dual vocational training system. This aims to provide a link between education and business needs, so that future employees meet companies’ requirements. We understand that foreign investors value our efforts greatly and we aim to meet their expectations very soon.

Which sectors are strategic for Bulgaria’s economy?

Our priority is to expand the opportunities for attracting investment consistently and to enhance our economy, based on innovation and the value-add generation. We aim to reach our goal by capitalising on Bulgaria’s competitive advantages as a preferred investment destination.

In order to focus our efforts to develop Bulgaria’s most promising sectors, we adopted the Innovation Strategy for Smart Specialisation of the Republic of Bulgaria, in 2015. This strategic document was created in close collaboration with central and local authorities, business, academics and non-government organisations. The Strategy defines four areas with highly innovative potential: ICT; advanced engineering and clean technologies; biotechnologies and wellness technologies; and creative and re-creative industries. The Strategy also reflects the regional characteristics of the different parts of Bulgaria. I hope it will be our stepping stone to achieving maximum results.

In 2016, we will continue to develop the priority sectors that have attracted foreign investors up until now, such as business process outsourcing and the automotive sector. Bulgaria offers great competitive advantages for business development and the country rates highly, in international attractiveness rankings, in those industries. The Investment Promotion Act will continue to prioritise high-tech manufacturing and services which will create high productivity and jobs. These include machine building, electronics and electrical, automotive, medical equipment, optics, pharmaceuticals; IT and research and development; technology and industrial parks for value-added manufacturing and innovation. Bulgaria has a great potential to attract investment in those areas.

In the World Bank’s Doing Business 2016, Bulgaria ranked 38th, ahead of countries such as Hungary, Belgium and Italy and 24 notches higher than it was placed a decade ago. Since 2007, the corporate tax rate in Bulgaria has been 10 per cent. What other improvements have been introduced over the years?

I have already mentioned some of Bulgaria’s main advantages compared to other countries apart without covering the 10 per cent corporate tax rate. You probably know that the ECB recently cut the main interest rate, in the Eurozone, to almost 0 per cent, which is a great investment incentive. We are planning to introduce more flexible measures through the revised Investment Promotion Act. Currently it offers a general and a standard package of incentives – enhanced administrative procedures, acquisition of publicly owned real estate without a tender and some others. We intend to offer bespoke incentives, to be introduced in mid-2016, that meet the individual investor’s requirements and/or those of a selected economic sector, as well as some new legislative acts for innovation and industrial and technology parks.

Before the global financial crisis (2004-2008), the economy grew at almost 7 per cent per annum, incomes doubled and economic and social opportunities improved dramatically. According to the European Commission, Bulgaria’s economy will grow by 1.5 per cent, this year and 2 per cent in 2017. Do you expect higher growth?

Indeed. The last couple of years have seen a trend toward an incremental growth in GDP. According to the national statistical Institute, growth in 2015 amounts to 3.0 per cent. The Bulgarian Ministry of Finance envisages a growth of 2.1 per cent in 2016 whereas the EU is a bit more pessimistic, with an expected growth of 1.5 per cent.

We believe that, if our main trading partners in the EU and the Balkans maintain their economic stability, a growth rate of 3 per cent in 2016 is quite achievable. Naturally growth will also be generated by implementing key reforms and the Ministry of the Economy is committed to delivering those.

We expect that household consumption will also contribute to a rise in GDP, in the current and the next year, which will offset any possible slowdown in exports, due to external factors.

In 2015, our exports grew by 5.2 per cent, so overcoming stagnation is possible. The main drivers of Bulgaria’s manufacturing development will be the recovery of our export markets and household consumption. We also expect a growth of 4.4 per cent in exports in 2016.

According to our balance of payments, foreign investments mark an increase of 23 per cent in 2015 and will reach €1,593 billion compared to 2014.

I am optimistic about economic developments in 2016 that are driven by the growth of GDP. Those would also be dependent on internal and external factors which are a bit more challenging to predict.

Next year Bulgaria will celebrate the tenth anniversary of its accession to the EU. Antoinette Primatarova, Director of the European Programme of the Centre for Liberal Strategies was directly involved in the process of Bulgaria’s preparation for EU accession as Deputy Minister of Foreign Affairs. In her editorial, written for Emerging Europe, she said that the 2007 enlargement was a success. How do you evaluate Bulgaria’s EU membership from the economic perspective?

The impact of Bulgaria’s joining the EU is visible through developments in our macroeconomic indicators – from €51.7 billion in 2006 the GDP grew to €86.4 billion in 2015, a rise of 67 per cent. Consumption increased more than 50 per cent, as a driver of growth, exports by 81 per cent and imports by 38 per cent; a clear indication of a reenergising of our external economic relations.

One negative impact on our economy was made by the global economic crisis, which hit a year only after our accession. For several consecutive years, prior to 2008, Bulgaria had seen an annual influx of foreign investment that amounted to €6-9 billion, but which dropped in 2009 and reached €1.2 – 2.4 billion annually in the aftermath of the financial crisis. The structure of investment also changed.  Before accession to the EU, investment was mostly aimed at real estate, which was then followed by a rebalancing of investment in manufacturing.

Based on all of the above I believe Bulgaria’s accession to the EU was beneficial to our economy and resulted in a more secure and predictable investment and business environment as well as an improved legal framework for businesses to grow within.

On 17-18 October 2016, Minister Bojidar Loukarsky will also make a key note speech during the Global Expansion Summit’s session related to the BPO sector.

Mayor: Armenia And Its Capital Yerevan Offer Safe Investment And Tourism To a Growing World
Real Estate in the Balkans Grows in Retail and Leisure
Comment