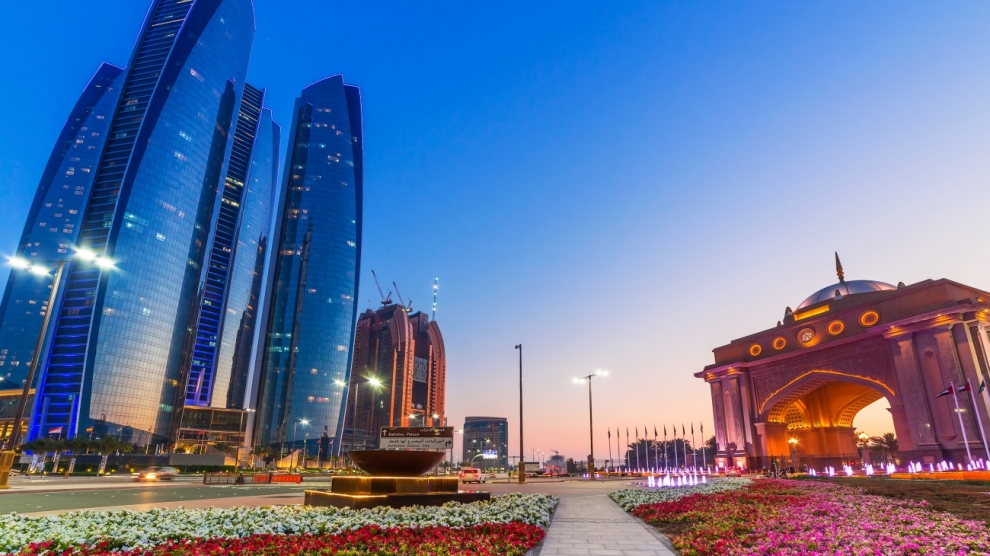 A fast-growing number of reciprocal business visits between the United Arab Emirates and Central and Eastern Europe, an increase in mutual trade and investment and, finally, very successful flight connections to cities like Warsaw or Prague, launched only a couple of years ago — Why Emerging Europe spoke to H.E. Abdulla Bin Ahmed Al Saleh, Deputy Minister of Economy of the United Arab Emirates, about the prospects of future collaboration between the UAE and the CEE region.

Minister, what makes Central and Eastern Europe an attractive region for the United Arab Emirates?

Undoubtedly, the countries of Central and Eastern Europe are considered a region of great promise economically and investment-wise, a region that is endowed with a commercial, economic and investment environment that is stable, secure and encouraging.

Now, the UAE has pursued a trade and investment policy that is based on economic and trade openness and freedom. We are keen on building bridges of cooperation and strategic partnership with various countries and regions of the world, both individually and through the Gulf Cooperation Council (GCC). Given that investment is inherently mutual, outgoing and incoming, the UAE has devoted special attention to attracting investment by offering an environment that is favourable for local and foreign investors, by introducing legislative and legal measures along with creating an advanced infrastructure — land roads and seaports, and particularly, air transport, airlines that are specialised in passenger travel and cargo transport.

The UAE is considered to be a hub between the East and West and has become a centre for re-exporting. Our country’s strategic location, the services we offer and the logistics advantages we have could be a springboard for the companies of the CEE countries desiring to enter global markets, most importantly the markets of the Middle East, Southeast Asia and the African Continent.

You mentioned air connections with Warsaw and Prague. This impels me to say that from the investment point of view developing air links with the countries of Central and Eastern Europe region and its main cities and maintaining the policy of open air space will lead to increased communication between the business communities and open the door for more investments.

And the doors seem to be open increasingly wider. According to the official statistics, the total Emirates exports to CEE reached $299.1 million in 2013 and was 23 per cent higher than in 2012. But the CEE region exports more to the UAE.

The statistics make us expect the trade between the UAE and the CEE countries to grow further. The overall trade registered an increase of 21 per cent in 2014 compared with 2013, while the average growth during the previous fifteen years period amounted to 25 per cent.

The value of foreign trade between the free zones operating in the UAE and the countries of the CEE amounted to around $2 billion in 2013.

On top of that, the Emirates is striving to diversify the sources of its imports geographically and to secure markets for Emirati exports including aluminium, food products and plastics and others. The CEE countries are considered a big and promising market with a large population. The countries show growing demand for Emirati products, plus they are a gateway to European markets in general.

What are the key sectors of interest for the UAE in the CEE the region?

The Government of the Emirates is keen on offering wider investment horizons for business people, investors and the business community in the country and help them enter new promising markets including the markets of Central and Eastern Europe. We’d like to encourage them to enter into investment and economic partnerships that are rewarding and successful. Actually, the Emirates is interested in numerous vital sectors in the CEE countries, including logistics and real estate services, tourism, hotels, banking services, agriculture and food processing. There are varied opportunities for small and medium enterprises which could bear fruit in future through huge investments on both sides.

The Emirati market also needs commodities. We need water, medical and pharmaceutical products, food, meats, and agricultural products. And we know that many of the CEE countries export agricultural products and the sector plays a major role in their economies. On the other hand, for example, the Emirates offers products that are in demand in the CEE countries: aluminium, petrochemical products, mineral oils, gold, precious metals, and jewellery. The UAE is also a competitive market for financial and banking services, communications, aviation, contracting and construction services, ports services and energy services.

As far as investment is concerned, I must emphasise the fact that the UAE is striving to attract as much investment as possible by setting up multiple free zones, producing suitable legislation and creating infrastructure like excellent ports, shipping companies and airports. Also, the availability of capital and other incentivising factors are considered vital for attracting foreign investment. This is emphatically underlined by the findings of the recent UNCTAD report: in 2014, the UAE attracted foreign direct investment (FDI) of $10.1 billion. According to the report, in 2014, the Emirates was also the leading FDI destination in the Middle East and Africa. The UAE was awarded around 46 per cent of all investment into the GCC countries that was estimated at around $22 billion. It also attracted 23.4 per cent of the total investment flowing into the West Asia region which amounted to $43 billion. As for the Emirati investments abroad, the UAE is the biggest Arab investor with its investment abroad reaching $66.3 billion.

I’d like to add that there are pioneering companies offering logistics services whose investments are distributed across all the continents of the world such as the Dubai international ports. There are also big Emirati companies that are referred to as the best international firms in the real estate and construction sectors.

I think it’s important to say that most countries aim at attracting foreign direct investment because they want investors to pump capital into their economies in order to stimulate development. The UAE does not suffer from a shortage of capital to achieve development. Our goal is to transfer and indigenise technology and modern management methods as well as develop export sectors. We also want to attract investment in new arenas including the renewable and clean energy, services, hotels and construction sectors.

Now coming back to the UAE investment abroad — according to your government, the country’s investment is mainly concentrated on three countries in the CEE region: Ukraine, Latvia and Romania. Which sectors are the leading investors from?

The UAE has investments in most of the CEE countries, mainly through a group of Emirati companies such as Mubadala, Emirates Airline, Etihad Airline, Abraaj Capital Company, Dubai  Global Ports, Emirates International Investment Company, Habtoor Group, Al-Khaleej Pharmaceutical Company (Galfar), Al-Dhahir Agricultural Company. The investment of those companies have pivoted around the sectors of oil and gas exploration and production, sea ports and stations, aviation, hospitality and hotels, pharmaceutical and cosmetics industry, sale, purchase and development of real estate, construction and building, wholesale pharmaceutical products trade, wholesale of plumbing and heating equipment, the planting of grains with the exception of rice and legumes.

This does not actually result from a targeted or intentional concentration in our economic relations. I would say that sometimes historical cycles in economic relations create in a natural manner specific relations between some countries. I see this as a favourable opportunity for the two sides to exploit the existing relations, build upon them and bolster economic trade cooperation without there being a need for testing the market. This is in the sense that previous relations constitute a positive base for engaging in individual or joint investment projects particularly in sectors of comparative advantage for the two sides. The UAE strives to strengthen such interaction and exerts its utmost effort to develop the forms of cooperation in the economic, investment and commercial fields and endeavours to have mutual official visits, economic and trade delegations with the participation of business communities in addition to signing economic cooperation agreements and dual taxation agreements as well as memoranda of understanding in diverse fields in a manner facilitating opportunities for access to markets.

Do you see any specific opportunities for investment in the CEE region in countries like Poland, the Czech Republic, Slovakia and Hungary?

Well, these countries are the region’s pioneers as far as attracting investment is concerned. On top of that there is their favourable business environment and noticeable improvement in their economic performance. In reality, the Ministry, through its program of external participations devotes importance to those countries with a view to intensifying cooperation between the private sectors of the two sides.

These countries have been transforming from centralised economies to the free market system since the beginning of the 1990s, but especially since they joined the European Union. This has produced positive results as far the economic, trade and investment climate are concerned. Actually, the Emirates is following those markets and endeavouring to fortify and entrench the economic links with them. Currently, more work is needed to raise the level of relations primarily in order to boost economic openness and activate further cooperation.