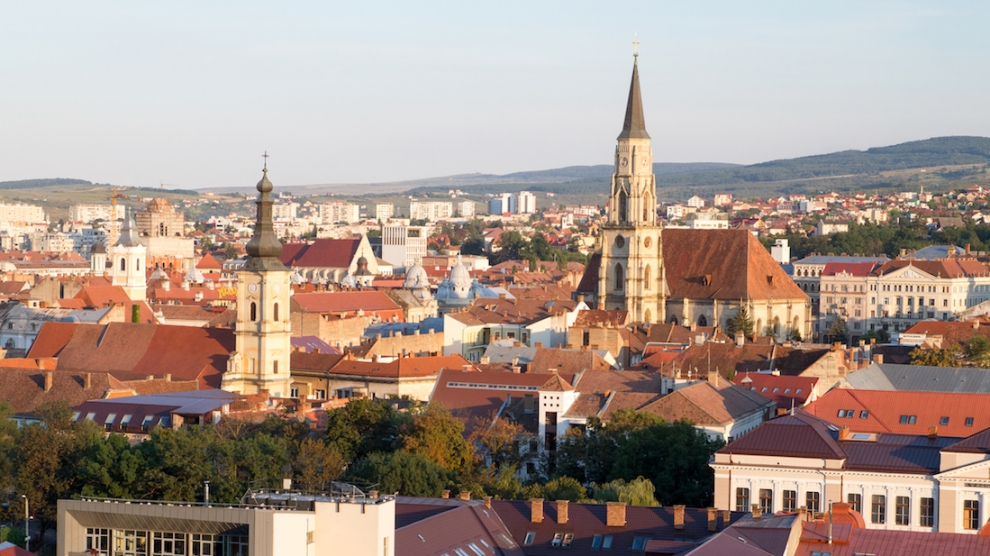 Cluj-Napoca, located in Transylvania, in the north-west of Romania, is competing to become the 2021 European Capital of Culture. Emerging Europe spoke to Emil Boc, the Mayor of Cluj-Napoca and former Romanian Prime Minister about how the city has changed over the last quarter of a century and what the City Hall’s future vision of Romania’s second largest city is.

Cluj-Napoca is sometimes referred to as a Silicon Valley of Europe. Why is it so?

Well, the reason why we are sometimes referred to as a Silicon Valley of Europe is the powerful development we have had during the last seven-ten years in the ICT sector, with a strong impact on the local economy.

It first started with outsourcing services for international companies, which were searching for cost-efficient solutions for their businesses. But this has changed now, especially during the last three-four years, and it increasingly continues to shift towards the innovative and creative-based IT businesses. Figures show that today 11,000 people are employed by the IT sector in Cluj-Napoca, and this is the best rate of one specialisation if compared to the total active population of all Romanian cities. At the national level, Cluj-Napoca ranks first in terms of IT services export and we notice the tendency of moving from offering outsourcing to developing new products.

A large number of foreign investors have already noticed the city’s potential. Who are the biggest investors?

I would say the most important investors are: Bosch, Siemens, Emerson, Bombardier, De’Longhi, Genpact, Steelcase, NTT Data, Office Depot. These are some of the global players who have invested in this area but there are also Romanian companies developing quickly – Banca Transilvania (one of the biggest banks in Romania),  AROBS Transilvania in the IT sector, Farmec – cosmetics, Terapia Ranbaxy — pharmaceutics, and also a lot of energy providers.

What are the strategic sectors that the city would like to develop now?

Apart from infrastructure development, we focus on ensuring a high living standard for the community, just as in any other important city of Europe. The City Hall intends to implement a series of major projects which could involve the collaboration between the local administration and different private companies.

First of all, Cluj Innovation City, a project that envisages the development of the city for the next 20 years. The municipality owns 200 hectares of land, on Lomb Hill, which has been identified as the best location the location for this future project.

The main four strategic fields we want to focus on are: IT, health, bio-economy and renewable energies. We have already started the construction of two buildings, dedicated to start-ups and to the creative industries. These two projects, developed with European funding, could be considered the starting point of Cluj Innovation City. They are the Regional Centre of Excellence for the Creative Industries and the T.E.A.M. Centre – C.M.A. Business Support (Technology, Evolution, Entrepreneurship, Small Businesses – Cluj Metropolitan Area).

Furthermore, we plan on building the Transylvania Cultural Centre, which will host the Philharmonics, the Music Academy and many exhibition areas.

What is the city’s strategy to attract foreign investors?

We are a transparent public administration, open to investors. We collaborate with different business clubs, both local and foreign, and we do our best to improve the governance. We have a department for foreign affairs and investors at the City Hall, which was created in order to ensure a permanent contact with the business environment, that goes both ways.

Cluj-Napoca is Romania’s second largest city. There are more than ten universities here making the city one of the best places to study in, from this part of Europe, and consequently a great place to do business. What other advantages does the city have over other destinations in Romania?

Our 10 universities provide each year more than 20,000 graduates, who are ready to meet the demand of the local labour market. They are highly trained and take internships within specially designed programmes that were created in partnership between the universities and private companies.

We have a beautiful city, with friendly people and various opportunities for those who decide to make Cluj-Napoca their home.

What are the challenges that the city has to face now?

The economic profile of the city has completely changed within the last 25 years, from an industrial city to a service-based one, specialised on ICT. We welcome any investment in the city, especially if there is labour force available in that particular field, but we highly encourage the development of services, high-tech, and any other sector that involves high qualified workforce and increased added value.

We are making continuous efforts to develop the city and to become the 2021 European Capital of Culture. In our vision, culture is the essential engine of sustainable social development. We believe in the European values, in the open and respectful interaction between individuals, groups and organisations. Being a multicultural city, we strive to engage all the sectors of the society, all the ethnic groups, by acknowledging the importance of dialogue and of cultural diversity.

Our major objective is to create a platform for cultural mobilisation, where local institutions and cultural operators can interact. It is a framework created by experts in various cultural fields with the purpose of developing cultural, administrative and political mechanisms. We aim at enhancing the cultural, social and economical development of the local community, within the larger European perspective.

We are proud to have had the support of the local institutions and organisations from the very beginning of this process.

Therefore, we regard Cluj-Napoca becoming a European Capital of Culture as a catalyst for change in the society, as an active agent for our cultural, social and economic development.

The road to European Capital of Culture, whether we win this title or not, has many benefits in itself: correlating the strategy of the city with the desire to win this title, placing culture in the citizens’ and authorities’ spotlight, gathering cultural operators around the idea of culture. Beyond the benefits brought along by this title, our city will be on the elite map of European cities, which has significant advantages in the tourism field.