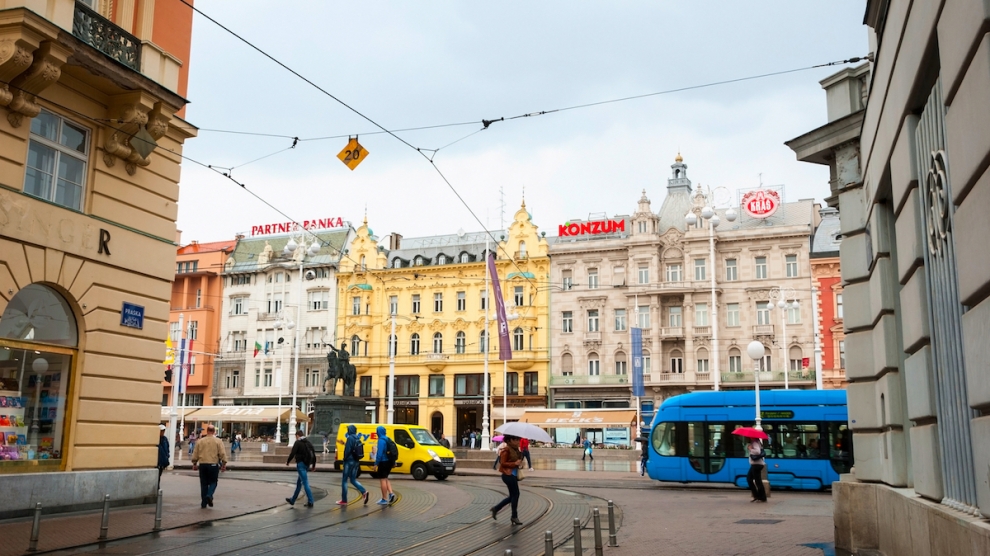 Croatia joined the European Union on July 1 2013 and is still the youngest member state. The country suffered from the global economic crisis but is now on a straight path to growth. Emerging-Europe.com speaks to Ivan Vrdoljak, Croatian Minister of Economy, who had been in the office for two years prior to the country’s accession and is now ending his term as Croatia prepares for a general election in November.

How has the economic situation changed since Croatia joined the EU?

My personal opinion about EU membership is very positive because I think that it, additionally to our efforts, pushes us further to be better as a country.  In the pre-accession period, we had already significantly adopted not only the legislative but also the institutional and economic standards of the EU so that the accession itself only opened many opportunities for the Croatian economy.

For example, the EU is our biggest export market and the figures have grown by 15.5 per cent. In general, we export more than before the crisis in 2008 and this is the second year of strong growth in Croatian exports, which indicates that by the re-industrialisation and other measures taken to change the structure of the industry we have chosen the correct direction and that joining the Union was the right path for Croatia. The fact that export is growing twice as fast as imports and that the trade deficit is being reduced indicates that we are successfully working to increase production, productivity and competitiveness.

Great export growth is seen in the manufacturing industry, especially the production of pharmaceutical products, fabricated metal products, computers, electronic and optical products, machinery and equipment, as well as food products and leather. All these industries have been identified in the Industrial Strategy as the drivers of the industry and should be the backbone of industrial development by 2020.

Before joining the Union we had been forced to privatise major Croatian shipyards, for which the state had previously spent fruitlessly as much as $4.75 billion. However, we made it clear that the shipbuilding industry is one of our strategic sectors and therefore should be preserved — but on market principles and without government money. I believe we succeeded in that. We have changed our former approach and said that the shipbuilding industry is important to us and we should give it another chance. It will cost us another $500 million, but it is strictly controlled. We have preserved thousands of jobs, production and exports. And the last deliveries of ships of all major shipyards show that we are on the right path and that it was all worth the effort and money. The process of restructuring will be completed in two years and the current owners of the shipyards prove that the shipyards could be viable business, competitive, able to find buyers and introduce new technologies.

In 2012, the government adopted a comprehensive structural reform programme aiming at improving the business climate and competition and fostering labour force, reducing administrative barriers to investment, speeding up restructuring and privatising state-owned enterprises, and reforming pensions and health care systems. Has this programme increased Croatia’s competitiveness? If so, in what ways?

Yes, it has. For example, from June 2012 to June 2013 more reforms were made than in the period from 2007 to June 2012, as an actual result of the intensive work of the Working Group for the business climate and private investment and the entire government.

According to the Global Innovation Index 2015, the country moved up by six places and by one in the IMD World Competitiveness Scoreboard. For the second year in a row, Croatia received the international award for the best foreign direct investment in Eastern Europe.

The concrete measures that we took and the adoption of strategic documents have set up solid foundations that have already started a breakthrough in the direction of further development of the economy. Their implementation ensures long-term target investments in export-oriented priority sectors with higher added value. These measures have already brought results and Croatia ended the several years’ period of negative trends — achieving, we can say, steady growth.

Export has been growing continuously for over eighteen months, the industrial production and  consumption are growing, while the unemployment rate is being reduced. I am particularly pleased that the growth is achieved in the largest and most important manufacturing industries and also in all those industries that we, at the Ministry, detected as real drivers of the overall Croatian industry. The increase of personal consumption, which has been on the rise for the past eight months, has resulted from the tax relief on salaries that entered into force at the beginning of 2015.

Which improvements could be particularly appreciated by foreign investors?

[The rankings show] we have worked on the elimination of administrative barriers which have resulted in the enhancement of our international competitiveness and now we conduct expeditious systematic and operational measures to boost innovation and excellence. I am especially pleased with the fact that today is much easier to invest in Croatia than three years ago — this is proved by the companies that have successfully operated in Croatia for years and by those that are about to invest in our country.

I am very much pleased that companies decide to invest here because of quality, effectiveness, specific knowledge of Croatian workers, existence of developed infrastructure and, at the bottom of the list, because of the competitive labour costs.

In any case, I may say that the results of all measures that we implement are visible everywhere, but this is only the beginning. Along with the measures that we continuously employ, the growth of the Croatian economy and standards will especially accelerate in the years to follow.

Foreign investors are again interested in Croatia. In 2013, the country attracted FDI of $955 million, and in 2014 — $3.5 billion. What makes Croatia attractive for investors?

As I have said, it is much easier to invest in Croatia now than three or four years ago. We have created a competitive environment, accelerated and shortened procedures and reduced quasi-taxation. In some parts of Croatia it is possible to obtain a building permit within a day. We are preparing many other favourable conditions; for example, there is a proposal to cancel the obligation of initial capital for craftsmen and small entrepreneurs, which is used to start a business. Also, the amount FDI in 2014 is not only four times more than in 2013 but is almost the same as total investments from 2011 to 2013.

In Q1 2015, there was almost $430 million of foreign investment, which is 40 per cent higher than in the same period last year. According to the European Commission, business climate index is growing even in July, which is a continuation of the improved business climate for nine months in a row.

Tourism is the first sector that investors associate with Croatia. Which other sectors the country specialises in?

It is natural that tourism is an important sector but I must emphasise that the share of the industry in the overall economy almost corresponds to the one of tourism. However, we want to move a step forward and increase the share of industry from the current 17 to more than 21-22 per cent in the next five years. Furthermore, we have made an important progress in the energy sector. Less than three years ago, we changed the entire set of energy laws and made a legal framework for realisation of all important projects that will enable our vision of providing energy security and stability, cheaper energy for citizens and industry, and high ecological standards to future generations.

Let us be completely open – the project of exploration and exploitation of oil and gas in Croatia means cheaper energy products for the citizens and industry, more jobs and a better life for Croatian citizens and we will continue this project after the elections. The LNG project is a wider regional project and, what is more, it is an important European project for the security of supply of Central and especially South-Eastern Europe. The LNG project will result in financial benefits for Croatia, and Europe will have security of gas supply. Other energy projects, such as the thermo-electric power plant of Plomin C will significantly reduce our dependence on the import of electricity.

My position on that issue is strong and clear. A private owner is a much better owner of a company than the state. It is definitely necessary to hold strategic industry under the state control or governance, which is the same direction of an increasing number of European countries, and everything else should be left to a market. There are no reasons why a state should be an owner of a shoe company for example, as being the current case. We will definitely continue with an intensive privatisation in non-strategic areas after the elections.

Before the global financial crisis, the Croatian economy grew at a healthy 4-5 per cent per annum, incomes doubled, and economic and social opportunities dramatically improved. According to the European Commission, this year Croatia’s economy will grow by 0.3 per cent. What is your forecast?

It is good that Croatia had a significant growth before the global crisis but, unfortunately, it also had 6 years of recession. It is therefore indisputable that this Government pulled Croatia out of recession after a longer period of crisis and the current growth is based on industry and export, i.e. on much stronger and sustainable long-term basis. In brief, the true value of the current GDP lies in the fact that the current growth is not a result of the consumption based on credits, state spending and a growth of public debt but comes from our business and production.

I need to correct your information on this year’s growth; it will be significantly higher according to our calculations and based on accelerated growth of GDP which amounted to 1.2 per cent in Q2 2015. This is significantly higher than our expectations and higher than what national and foreign analysts expect. This is the result of the overall actions taken by this Government in the last three years.

RELATED Croatia is ready for a European adventure

ApexBrasil’s President Says Poland Is One Of the 32 Key Markets For Brazil
Mayor: Cluj-Napoca Is Becoming a Genuine Silicon Valley In Europe
Comment