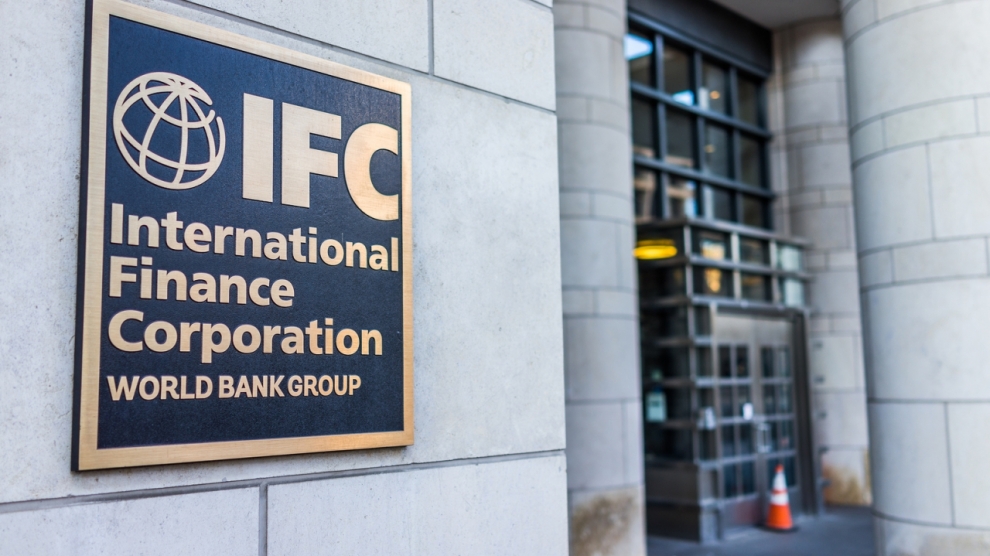 Having taken over a difficult role in April 2017, Jason Pellmar, head of the Ukraine, Belarus and Moldova regional office of the International Finance Corporation, the private sector arm of the World Bank Group, talks to Andrew Wrobel about the opportunities offered by the three countries, and some of the challenges he may face.

How do you see the current situation in both Belarus and Ukraine?

What I have seen so far, and I have been in the role for just over six months, is that if IFC is going to be successful in these markets, measured by mobilising private sector investment, we’re going to have to see significant improvement in governance, and this is where we need to be directly involved. Over the years, we have been successful in many sectors in Ukraine and Belarus, often in fields that do indeed need government support — infrastructure for example — where active government involvement is essential.

Then there are other areas that are less dependent on direct government involvement, and Ukraine’s agribusiness is a good example of where the bulk of our portfolio has been historically. Agriculture is the growth engine of Ukraine, and it makes perfect sense that a good percentage of our focus and attention has been in this area, where you have good local companies that are creating jobs and helping build out ancillary infrastructure to bring in further investment.

Do you think that the reforms that are needed in the three countries you cover are not really being introduced fast enough?

In Ukraine you’ve had a massive banking crisis, and the central bank stepped in, did things by the book and saved the sector. They did the right thing nationalising, for example, PrivatBank, which restored confidence in the sector. In the energy sector, you had Naftogaz which was a huge drain on the government budget, and which now not only breaks even, but I believe is actually in the black. Of course, there are still issues, and I don’t want to overplay the reforms. Good work, however, has been done and should be acknowledged.

If we want to speak seriously about how an institution like IFC could be helpful in these markets, one is state-owned enterprise corporatisation, avoiding the drag on the economy and using them as a way of bringing in the necessary expertise. When we say corporatisation, it’s not only about improving operations, it’s also about improving corporate governance. It’s improving environmental and social policies. Privatisation is the next step for some of these SOEs, particularly those that have the most potential and would be of interest to the large, regional and global strategic players to bring in FDI.

Well, both countries need more FDI. In which areas can we bring foreign investors relatively quickly?

We need to make sure that we have alignment, and that we’re choosing the right assets that the government would be willing to privatise. It’s choosing those assets that have commercial potential, and will be of interest to the strategic investors coming from the region and abroad. In Ukraine, in particular, my primary focus is on state-owned banks. The government recognises that this is a burden on their budget. The Ministry of Finance controls over 50% of the sector at the moment, and that’s not in their interest. They have other objectives.

There’s again a clear alignment. What’s holding back the privatisation from happening in this case is not therefore the government or the private sector, it’s the sector, its specific issues themselves. This is where the World Bank Group and IFC are helping the government in promoting sector reforms that will make these assets more attractive.  We have already partnered with Ukrgasbank, the fourth-largest state-owned bank, to help set the stage for its privatisation.  In November, we signed a Memorandum of Understanding to help the bank strengthen its corporate governance, ensure its operational autonomy and refine its commercially-driven banking model.

Again, bearing both the government and the private banks in mind, these are things that will be in everyone’s interest. If we improve the sector, then not only will you have more interested bidders, but you’ll be pushing up the valuations of these banks because the bidding investors will have more confidence that the sector is heading in the right direction. For example, it’s the non-performing loans in the banking sector which are paramount. It’s tax, the judiciary, the legal that needs to get resolved before you start seeing results.

Let’s take a look at Belarus for a moment. What are currently the biggest challenges there?

Bringing Ukraine back into the picture briefly, both economies are state-dominated, and in Belarus it’s even more pronounced where you have approximately 70 per cent of the economy in in the state’s hands. In Ukraine, it’s around 50 per cent. Therein lies the challenge. How do we get the private sector to really take the lead?

In Belarus, we are seeing movement. I have been to Belarus probably four or five times in the past months, and the discussions that I’m having with the political leadership there is an acknowledgement that the government can’t go it alone, that they will need the help of the private sector. The way that I see we can help them is first and foremost to create an investment climate. It’s similar to the discussion that we just had on Ukraine. What do we need to do to bring in strategic investors into Belarus? It’s regulatory reform. We are engaged. We have a large programme of advisory colleagues there assisting the government, the various ministries on helping them implement these reforms so that we can see more private sector investment.

The way I see us being engaged in Belarus today is largely through the banking sector. I referred to trade finance lines that support the foreign trade, and this is a priority of the government. We really need to build up small and medium-sized enterprises. Because I think there’s a recognition that this will be the growth engine of the economy going forward, as they create jobs.

Emerging Europe did a Special Report on Belarus in 2016. We were hoping for more change. Do you think that there has been any movement over the last 12 months in Belarus?

Well, I’ve only been in the role for six months but in those six months, to be frank, I have seen improvement. The dialogue that we’re having with the government I think is real. I think that the leadership of the country recognises that the SMEs cannot be neglected. Given that, yes, there has been movement and I expect to see further movement. For example, last month a key legislation was approved in Belarus that is expected to reduce red tape for businesses.

I first met the then Minister of Economy of Belarus, Nikolai Snopkov, three and a half years ago now. I remember I talked about the private sector with him and he was already happy that it accounted for 25 per cent, maybe 30 per cent, of the economy. But this was three years ago.

I would challenge you a bit on that point because I think that the economy hasn’t been fair on Belarus. Some of the improvements that they have made were overshadowed by the fact that the country was just coming out of recession, and you had a number of SMEs that were being liquidated. The so-called entrepreneur category, these guys were thrown out of business not because of government inaction, but because they couldn’t withstand the fact that the economy was under a great deal of pressure. I think SMEs actually represent one of the bright spots in Belarus.

If the SME sector is one of the brightest spots, what are the largest challenges when it comes to Belarus right now?

One of the challenges is that Belarus is not really on the investors’ map. It’s a small economy. It’s a country of 10 million people, and in some respects the economy is linked to the Russian economy. Part of it is to be honest with the branding. We need to help Belarus put itself back on the radar screen of strategic investors. I just had meetings yesterday with a very large manufacturing company that is keen to come to Belarus. They’ve been active for some time. There is interest, but I think we will have to help Belarus again attract the right investors. One is just, again, demonstrating that Belarus is open to foreign investment, which isn’t necessarily readily apparent to large strategic investors.

The second is access to finance. Belarus recently had a successful Euro bond, which is great, and that does give them additional clout in the international marketplace. The buyers of this bond are US and European investors. That’s a great first step. How do we build upon that and make sure that the SMEs and other larger enterprises have access to capital to grow?

Further to that, making sure that Belarus companies are able to expand because, as we discussed, Belarus itself is a small market. Can we help some of the Belarus enterprises access other markets? That’s another area that IFC is actively engaged in.

Let’s look south again, to Moldova. Where do you think Moldova is standing right now?

Similar challenges as for Ukraine and Belarus, such as governance, Moldova is in need of some country branding. They’ve been through a number of recent scandals. But that being said, educating myself and speaking with colleagues on where the opportunities and the challenges lie, I think the banking sector is one area where they need the support of IFC.

They’ve taken the necessary steps to address some of the issues, but how do we bring in additional access to finance? How do we restore confidence in the sector? That’s one area where I see opportunity. I think in Moldova, again, similar to Belarus and Ukraine, how do we enhance the role of the private sector in the economy?

Moldova has a relatively well-established agricultural sector, that’s one area where we’ve historically been engaged, and I think we can increase our engagement. The economy is already in recovery stage. The government has acted to address some of the issues that they’re contending with, especially in the banking sector. I think this is a good opportunity for IFC to re-engage and help bring in the private sector into these areas like agriculture and banking.

The economies of this sub-region are picking up. All three countries have similar challenges in the sense that to really unlock potential we will need to see reforms in key sectors of the economy. The private sector is engaged, but there could be a far greater level of engagement.

IFC is keen to support these reforms, and the IFC is actively providing advisory support and investment in all three economies. We want to scale the extent of this engagement to a much different level, and that’s how I see my role in this new assignment. I’m encouraged by what I’ve seen over the past months, so I would expect that when we have our next discussion we’ll have many success stories to share with you.