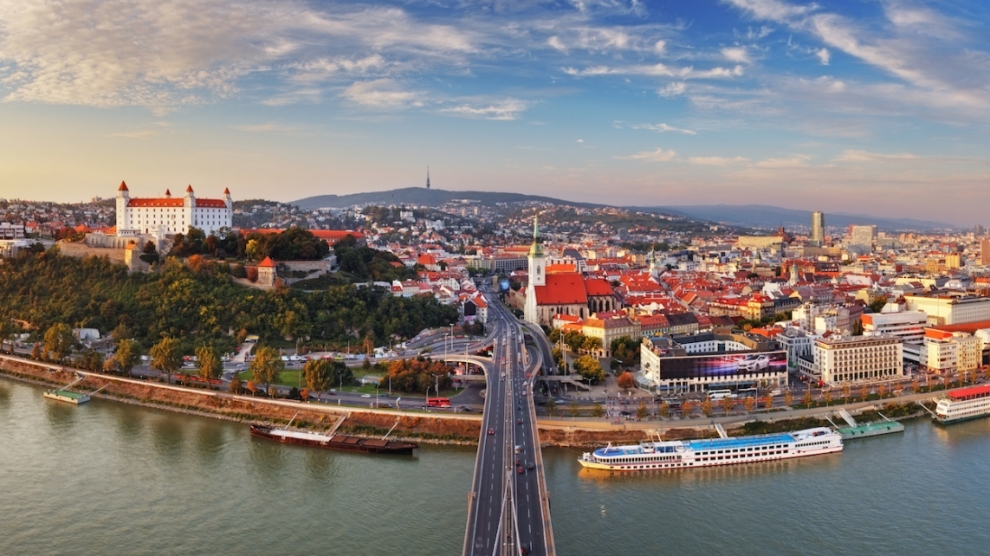 2016 is a year when new sources of capital will enter Central Europe. The region’s occupational prospects are some of the most robust in Europe and yields have not yet fully compressed to reflect this. Income growth is likely to be one of the drivers of overall investment returns in the medium term.

When we talk about emerging Europe we are focussing on 23 markets across the Central and Eastern part of the continent. In which areas of the region have you spotted opportunities in the real estate sector?

I would say there are two major markets in the region. If we’re talking about the markets that you cover, I think the core of the market would be Central Europe and by Central Europe, I mean the Czech Republic, Poland, Hungary, Slovakia, Romania and also Bulgaria. Those are the markets that sit within the EU and among those countries, Poland and the Czech Republic are the two dominant ones; in fact central to the whole region, when it comes to investment volumes.

In 2015 we saw about €7.4 billion worth of transactions in the Central European core, those with markets in the EU, which was slightly up on 2014, which was 7.37 billion, to be precise. If you then narrow that down to the Czech Republic, then 2014 and 2015 were both somewhere between €1.9 and €2 billion, so it’s a very stable market. However, Poland was the one that continued to move ahead last year with €4 billion worth of transactions. So altogether the Czech Republic and Poland did €6 billion out of the whole market of around €7.4 billion. As you can see, they are very much the dominant markets on the capital and investment side of the business.

As far as the Czech Republic in 2016 is concerned, we believe there’s going to be growth between 10 to 20 per cent in volumes. We’re seeing strong growth in GDP; there’s strong job creation, retail sales are up, vacancy is falling. There are a lot of major infrastructure projects and that’s very much supported by the EU money that’s coming in.

The real estate sector in the region has never had so much capital focused on it. Therefore, and off the back of all that, we are assuming that the Czech economy is probably going to be the most robust in Central and Eastern Europe, in 2016. This is why we perceive some growth in 2016.

There was very strong growth in 2015 with €4 billion worth of transactions. We think there’s probably not going to be the same amount of growth in Poland this year, but one reason behind that is that there were some major portfolio deals such as the Echo transaction last year.

In terms of the number of deals in Poland, we expect to see a similar level, however whether there’s going to be the same volume is not sure; it’s certain the amount of capital that is looking at the markets is there, but it’ll be difficult for the Polish market to see a lot of growth on that number.

So the Czech Republic and Poland are the highlights, so to speak. In terms of the other smaller markets, where do you see any sort of opportunity for some kind of growth?

If we look at the bigger picture, Poland kicked off in 2014, and was strong in 2015 as well. The Czech Republic really kicked off in 2015 and will be strong in 2016. This year we already see that Slovakia is clearly undervalued, so we expect to see big opportunities for Slovakia. Hungary started to improve in 2015, so we expect 2016 to be good there as well. Finally Romania and Bulgaria will also get more attention, we believe, perhaps Romania more so than Bulgaria, but Bulgaria is probably going to be stronger in 2017.

What about countries further south, such as Croatia and Serbia?

They are smaller markets, however there is a lot of attention on Belgrade these days.  That’s more to do with development opportunity, where capital that is focussed on development rather than pure investment, where the opportunity is higher than there is in the Central European markets.

So we’re probably going to see a slight increase in volumes, which have been quite low over the last few years in these markets. However, you need to remember that one big transaction can distort the numbers.

What about when it comes to countries like Belarus or Ukraine or the Baltic states?

The Baltics are fairly steady already, with smaller transactions taking place. With Ukraine I would exercise caution at the moment, simply because investors are really being watchful about what’s happening in regard to developments on the geo-political side.

At the moment, which segment of the real estate sector offers opportunities in the region?

Regional shopping centres are very much the focus, as long as they are dominant within their catchment areas. In specific markets high street is absolutely core. Industrial is going to see less focus and there’ll be less volume, in our view, because most of the big ticket deals have already been done.

There are going to be some core deals in offices in the Czech Republic this year; deals such as City Tower and the Park are coming to the market and those are core big-ticket deals that will go ahead. But, I would say there’s also a huge focus on core-plus offices, that is, those in prime office locations, but where the buildings are going to need some CapEx to upgrade them and to return them back to the market in a refurbished condition.

Do you think that this region offers more or fewer opportunities than the rest of Europe?

The volume of the markets is a lot smaller than Western European markets. I would say that while the volume is smaller, the pricing differential is better. There is more focus than previously, as more people are aiming for higher returns. I think that’s part of the core attractiveness of the Central and Eastern European markets.

I think that another thing is that the Central European markets are now perceived to be very stable, similar to western markets. There’s less of a risk perception today on these markets and that’s why the pricing differential looks attractive.