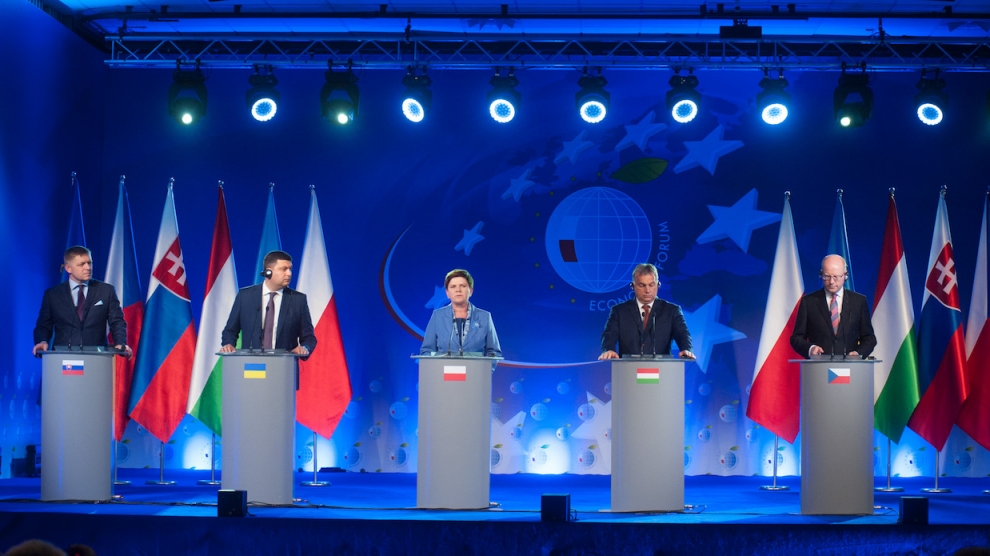 2016 has been a politically-focussed year like none before with  the consequences of the Brexit referendum for CEE; the continued denial of the migrant’s quotas; the NATO Summit held in Warsaw, which deployed four multinational battalions into the region and, finally, the never-ending debate over the Constitutional Court in Poland.

Zygmunt Berdychowski is the chairman of the Krynica Economic Forum Programme Council and a co-founder of the Institute of Eastern Studies Foundation. He spoke to Andrew Wrobel about the challenges Central and Eastern Europe and the entire continent are currently facing and how this year’s Economic Forum in Krynica, in the south of Poland, generally reflects the regional trend.

Emerging Europe is a publication that looks at 23 countries of Central and Eastern Europe from London’s perspective and tries to trigger discussion about the region, in Western Europe and the United States, where we have the largest audience. How important is the Economic Forum in Krynica, from that Western perspective?

I would say the most important thing to know is that if someone wants to feel the pulse of the CEE region, then they should definitely come to Krynica. The number and range of people that arrive at the resort, as well the expertise of our guests, means we get a wide overview of what is likely to happen in the region in the nearest future. It also gives us the opportunity to speak to people that are relevant to this part of the continent and who shape the political and economic life of the region.

This is exactly why a visit is worth it to the so called ‘end of the world’ or, I should say, a small town in the mountains that is located about 100 km away from a motorway. I can honestly say that there is hardly anyone who leaves this place without the conviction they should come back the next year.

We started the forum as an incidental meeting to summarise the first three years after the Solidarity revolution and the new third republic of Poland was also being reborn. I am positive that back then, not even a single participant realised we were at the start of a long journey that would bring us here today; where we have some 4,000 participants, over 200 meetings and debates and a massive coverage of traditional and new media.

We’re talking about Central and Eastern Europe. We believe there is enormous potential in this part of the continent and that the CEE region is the future of Europe. Do you agree with this statement?

Perhaps I wouldn’t put it exactly that way, as I think that is slightly unilateral, but I would definitely say that today this part of Europe is at the beginning of a process in which politicians and intellectual elites in CEE countries are redefining their position within the European Union.

In 2004, when the majority of countries joined the EU, it seemed that building a true partnership was in the very distant future. Now, it seems that after the first 12 years have passed, we are witnessing a process of re-evaluation — those who have only received help so far and who tried to level out the differences in development, are becoming more vocal about their views and want to be partners in building the future.

Now, we are witnessing a sort of emancipation in this part of the continent and a search for common solutions, for partnerships to solve common European problems can be seen here in Krynica.

So what are the challenges that the CEE region is facing, now?

First and foremost, it is a complete integration with the European Union. There is no chance of success until there is a full integration. If we look at Poland, the country has succeeded because we have integrated with the more affluent and developed countries of Western Europe.

It is not that we used the time well or that someone told us what to do. It is not that the model is ideal either, but it is because we have gone through a gradual and evolutional process. It was not a process without mistakes; we have improved the institutions which were created earlier and we have adapted everything that is around us. That is why it is a completely different region, today. These are no centrally managed, backward institutions; these are  modern, democratic and market-oriented bodies which are not much different to those one could find in well-developed Western democracies.

What is then the future of Europe, now? The leitmotif of this year’s Forum is ‘United or Divided? Europe in the Face of the Challenges of Tomorrow.’

I would say, as much divided as united. The entire European project is based on a constant search for compromises, on working out a set of solutions that would be the results of a series of demands articulated by all the participants of the community.

There is no chance of further growth, if there are no more new areas for compromise. We need to improve the mechanism of making that compromise happen. At the same time that search for compromise cannot lead to a situation where we’d have to create new artificial phenomena – this would not only not foster growth but wold actively hinder it.

Main photo: A joint press conference of the Prime Ministers of the Visegrad Group and Ukraine (both photos courtesy of the Economic Forum in Krynica)

Desk.Works — Making it Easier to Find an Office on the Go
Axosuits — Democratising Access to Health-Improving Technologies
Comment