Emerging Europe Live is a series of engaging studio panel discussions about topics relevant to the region. The first episode in the series is entitled CEE: The Outsourcing Destination and premiered on 25 April 2016. The programme excerpts are available below.

Last year, Bulgaria was named the outsourcing destination of 2015. At the beginning of this year, Lithuanian Vilnius and Kaunas received the Central and Eastern Europe Shared Services and Outsourcing Awards as the Most Dynamically Developing City and the Emerging City of the Year, respectively. The Polish City of Kraków has been Europe’s best outsourcing destination since 2014 according to Tholons. State Street Bank, Barclays, Nasdaq, GSK, Accenture, Hewlett Packard are only a few examples of companies who have located their outsourcing centres in Central and Eastern Europe.

Emerging Europe Live | CEE: The Outsourcing Destination was produced in association with Colliers International. Reporting and editing carried out independently by the Emerging Europe editorial team.

Part 1 — The interview with Bojidar Loukarsky, Bulgarian Minister of Economy.

Part 3 — A talent pool in CEE — advantages and challenges

Part 6 — What are investors looking for in the region

Part 8 — BPO specialisation and the experts’ advice for location promoters 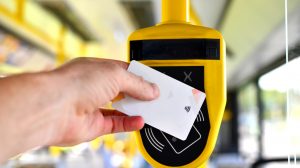