Insecurity in gas delivery from the East as well as the EU’s lowering carbon emission quotas have made Poland look to diversifying its energy sources. Hence, the multiple investments that the country has made and still plans to make to diversify energy sources and thus increase the country’s security.

Janusz Piechociński, Deputy Prime Minister and Minister of Economy, gives the examples of shale gas exploration projects, the construction of an LNG terminal that can be beneficial not only to Poland but the country’s neighbours, the extension of the existing gas pipe network and, eventually, the erection of its first nuclear plant.

The completion of those projects not only require investment but also expertise, which other countries already have. The so-called ‘Shale Gas Act’, being processed by Parliament at the moment, should encourage investors to explore shale gas resources.

According to the Ministry of Environment, in the first six months of 2014, there were 11 new drills. The total number of reconnaissance drills should amount to 30. 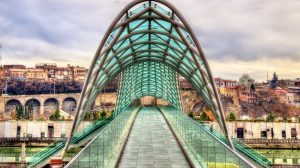