“It’s nearly 30 years since the fall of the Berlin Wall and I think there’s been outstanding progress,” says Sir Suma Chakrabarti, President of the European Bank for Reconstruction and Development (EBRD), in a video interview with Emerging Europe.

“You can see lots of areas of progress but we also have to recognise there’s still a huge amount of work to do and if you look at the transition process, it was undoubtedly painful in some ways, [not only] socially, economically, but also physically. Of course, there’s a huge agenda still in terms of trying to make sure that we have an inclusive transition going forward.”

Sir Suma admits that not everybody has benefited equally and this remains a major economic – and also political and social – challenge that needs to be addressed urgently.

“But overall, without a doubt, the positives outweigh the negatives… although there is still a huge job ahead,” he says.

The President also believes that the European Bank for Reconstruction and Development has played a key role in the transition process in the region over the last 26 years.

“One easy measure that people always use is the amount of investment and the number of the projects. It’s €117 billion, or more in fact now, in terms of investment, and it’s about 4,700 projects. But for me the greatest thing is to actually look at what we call transition impact, [so] I think we have been associated with a real period of success on that basis,” the President adds.

In addition to finance, the bank offers policy dialogue, a variety of advisory services and engagement in institutional and legal reforms. The EBRD is now focused on continuing green and inclusive growth.

“In Central and Eastern Europe, we have one of the most energy intensive regions of the world and that is very much a legacy of the Communist era. We need to reduce energy costs in the region very, very quickly and substantially. The EBRD has made a major effort on this; we’ve been working through what we call a Sustainable Energy Initiative since 2006. We have now set ourselves this target to have 40 per cent of our investments by 2020 being focused on green energy, and we are already at one third of our investments. This agenda marries our desire to be environmentally friendly and to help deal with climate change issues with, at the same time, being very business-like about it,” he says.

As far as inclusion is concerned, the EBRD is focused on supporting female entrepreneurs, helping youth into work and supporting less advantaged population groups. Women’s access to finance remains a big obstacle in many countries where the bank invests and, together with donor countries and other agencies, the EBRD is working hard to overcome this issue.

“We need to take it further, [so] we need to really help the undeveloped regions in all our countries of operation,” Sir Suma adds.

The dynamic political and economic situation in Europe and also around the globe brings about new challenges.

“One of the biggest challenges is the growth agenda. We need to grow faster,” says the President.

But where there are challenges, there are always opportunities; and, for the EBRD President, they are everywhere across the regions where the bank invests and operates.

“These societies are rich in skills. The education level in many of these countries is very high compared to many other emerging markets, while labour costs often are still low. We can also see huge investment opportunities. We have nearly 400 projects a year; and that shows the investment opportunities because we’re doing projects that commercial banks are still reluctant to do.”

“The Central and Eastern European success story of the last thirty years has shown that contribution – and it will continue to do so in the future. We forecast for this year that Central Eastern Europe will be growing faster than Western Europe, and that’s a sign of the potential of Central Eastern Europe. To tap that potential, I think we need to go beyond just thinking of ourselves as part of Europe. The great thing, I think, about many of these countries now, is that they have started seeing themselves in a bigger context. They are trying to tap investment from all over the world; they look at the Gulf, they look at Asia, they look at North America as well as Western Europe; and I think that’s a game changer in that region, and that will make it very successful. And if they are successful, Europe as a whole will be successful,” Sir Suma concludes. 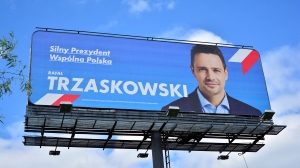 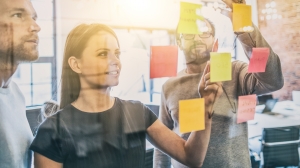 Switched on Heads of Expansion Are Developing their Own Business Rankings, Adjusted to Their Companies’ Realities
Winning the Fight for Female Talent in Central and Eastern Europe
Comment