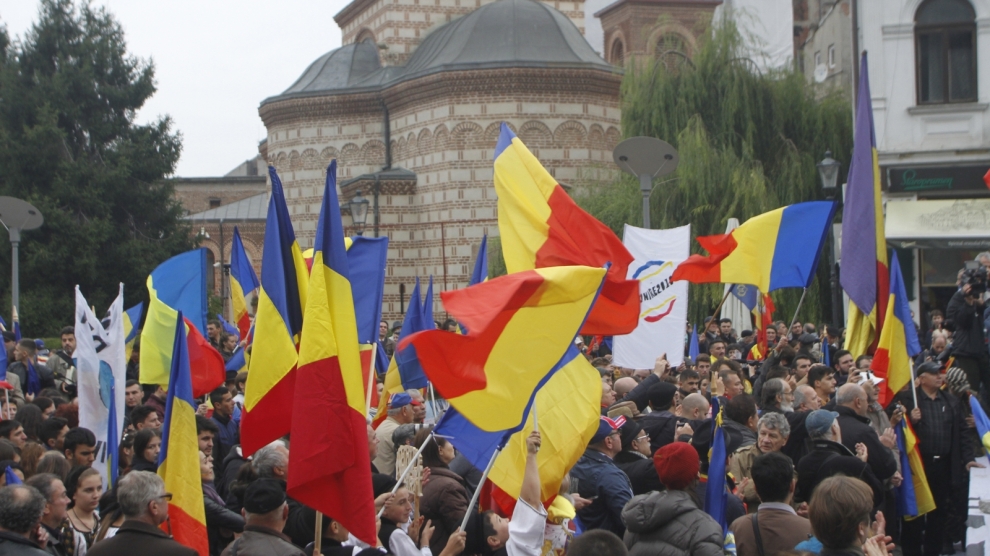 More than 10,000 people took to the streets of the Moldovan capital Chisinau on March 25 in support of reunification between Moldova and Romania. Much of today’s Moldova was historically a part of the Romanian province of Moldavia and between World War I and II was part of what was known as Greater Romania. The former president of Romania, Traian Basescu, attended the rally, which coincided with the 100th anniversary of Moldova joining Greater Romania.

“We call upon MPs in both the Moldovan and Romanian parliaments to vote in the near future for unification,” Mr Basescu said.