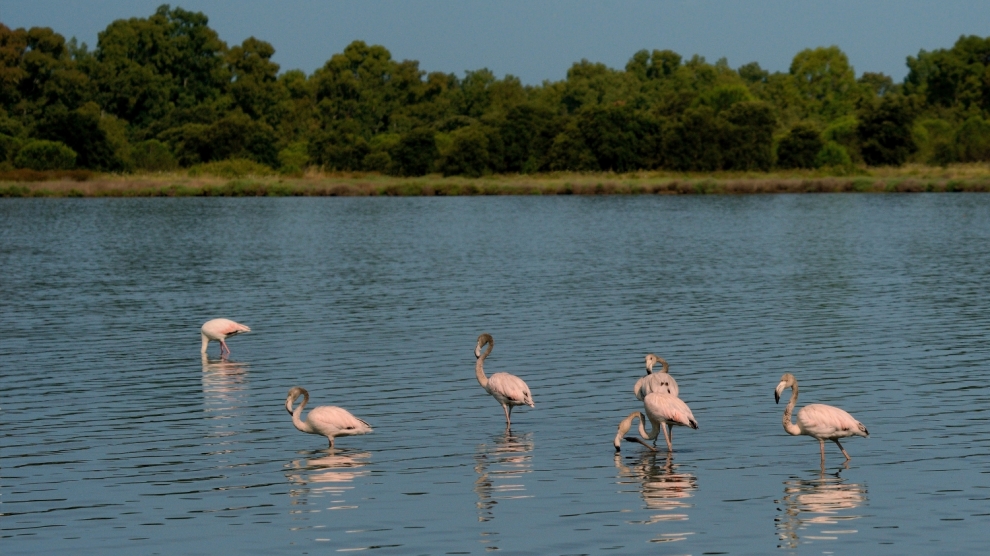 With tourists home, boats docked and factories silenced under a coronavirus lockdown, Albania’s pink flamingos and curly pelicans are flourishing in the newfound tranquility of lagoons dotting the country’s western coastline.

The Kremlin has responded to an investigation that found Russia responsible for a cyber attack in Georgia in October 2019 by denying any responsibility and accusing Georgia and its Western partners of Russophobia.

Poland’s government has moved ahead with preparations for entirely postal presidential elections due for May 10, despite the relevant legislation allowing them to take place not yet having become law.

Police have stopped people going in and out of the Ukrainian town of Pochayiv after an outbreak at one of the largest Orthodox monasteries in Eastern Europe.

Armenia turned off street lights and church bells rang across the country late on April 23 in an altered commemoration to the victims of the World War I-era mass killings of Armenians in the Ottoman Empire. A torch-lit procession traditionally held each year in Yerevan on the eve of April 24 was canceled due to the coronavirus pandemic and access was closed to the Tsitsernakaberd Memorial Complex, where normally throngs of people would pay their respects to the victims of the tragedy.

Azerbaijan’s opposition Popular Front party claims that 11 of its members have been arrested in the past two weeks, and the party’s leader has reportedly had his phone and internet cut. On April 22, two members of the party, Avaz Akhmedov and Arif Babayev, were detained and given 20 and 30 days of administrative arrest respectively.

How partnership with the West shaped Georgia’s Covid-19 response

The Covid-19 pandemic may see the expansion of the strategic partnership between Georgia and the West to include sectors that were previously outside of traditional understandings of security.

The rise of Romanian wine

Producers have made impressive progress in a country where consumption per capita is heroic, even without counting the large amount of wine made on a small scale and drunk on a great scale by private individuals.

Bored by the lack of sport around the globe, Adelaide man Shane Robinson and his mates stumbled upon a Belarusian football team, FK Slutsk. Little did they know that just weeks later they would be playing a big role in the struggling club’s survival.

From Moldova, a glimmer of hope in the fight against another virus: HIV/AIDS
The conspiracy theories made in Russia spreading faster than Covid-19
Comment