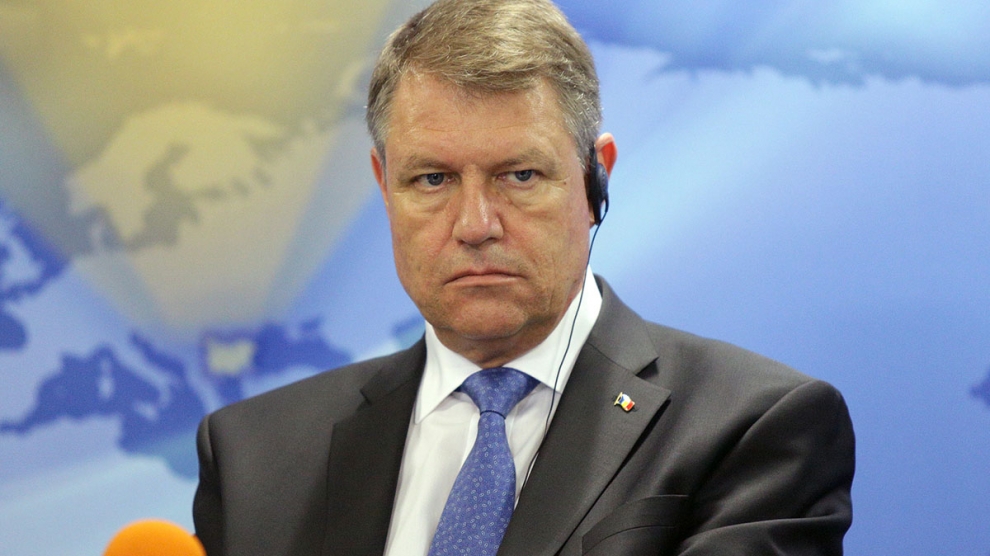 The National Bank of Romania (BNR) increased its policy rate by 25bp to 2.50 per cent on May 7, in line with the expectations of analysts and the market consensus. Inflationary pressures are believed to have been a key factor behind the decision, a fact confirmed by Mugur Isarescu, the chairman of the NBR, who told reporters that “inflation needs to come down.” Romania will publish its latest inflation figures (for April) on May 9. Inflation in March reached 5 per cent, its highest level in five years.

Later on May 7, Romania’s president, Klaus Iohannis (pictured above), took the unusual step of directly criticising the government’s economic record after reviewing budgetary performance for the first quarter of 2018.

“Romania enjoyed economic growth of over 7 per cent in 2017, and yet budgetary revenues have not increased in line with that growth. In fact, they have fallen to below the government’s own targets,” said Mr Iohannis in a press conference.

“Since they took office almost a year and a half ago the PSD’s policies have been the exact opposite of elementary economic logic,” said the president. “They proposed cutting taxes, which they did, reducing VAT, but they also proposed increasing public spending via higher salaries, higher pensions and investment in infrastructure. This approach is little less than magic economics. Cutting taxes while increasing salaries is a difficult trick to pull off. It remains to be seen how much longer they can keep performing the same illusion.”

As Mr Iohannis underlined, many of the salary increases for public workers have been on paper only: workers have not seen any difference in their pay packets. Particularly unhappy are those in the healthcare sector, who walked out for two hours on May 7 and plan a day-long general strike later in the week, together with a large protest outside the government building in northern Bucharest, the Romanian capital.

Mr Iohannis once again called for Viorica Dancila, the country’s inexperienced and gaffe-prone prime minister, to resign. This is the second time he has done so in a matter of weeks.

“The budget is being placed under sever pressure and yet still there is no capital investment,” continued the president. “The PSD is quite simply unable to keep the public finances in order and has no idea how to run the country. It is increasingly imperative that the prime minister resigns to make way for responsible, competent people.”