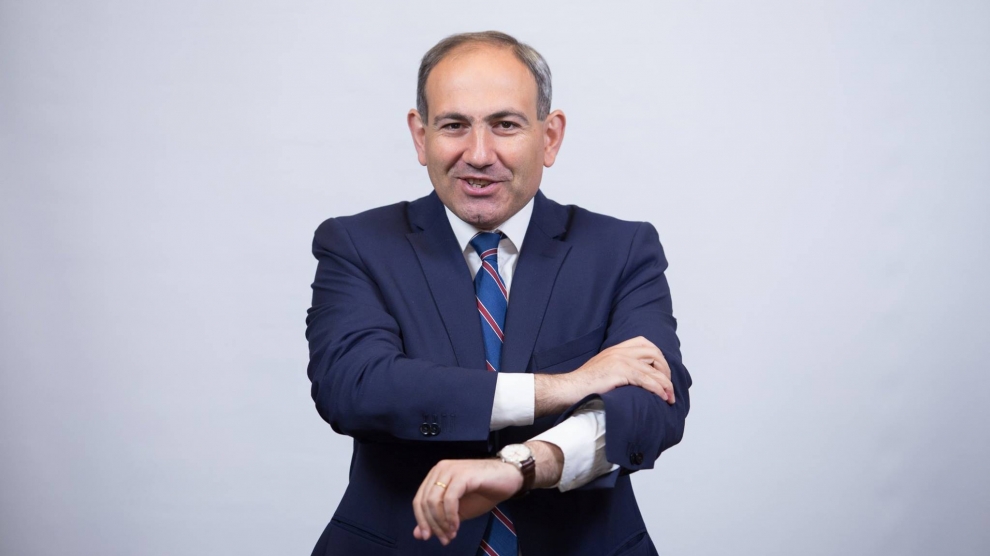 Armenian Prime Minister Nikol Pashinyan (pictured above) met his French counterpart Emmanuel Macron in Paris on September 14 for talks focused on an upcoming summit of Francophonie nations to be held in Yerevan in October.

While Mr Macron reportedly highlighted the importance of the Armenian leader’s visit to France, expressing conviction that “it will promote and give a new impetus to the further development of friendly relations between the two countries,” it is not clear if the growing controversy back in Yerevan, where Mr Pashinyan is at the centre of a domestic storm, was discussed.

The controversy surrounds the publication of wiretapped conversations between two of his top officials, who are allegedly heard discussing how to carry out orders from him to secure the arrest and conviction of political opponents. The calls, posted to YouTube, appear to support claims that that investigations into top officials for their role in a violent breakup of protests in 2008 are being politicised. Mr Pashinyan had previously denied that he had played any role in the investigations.

Responding to accusations that his government had reneged on its pledge not to interfere in the work of the judiciary, Mr Pashinyan condemned the wiretapping and the leak, and reiterated that he was not giving instructions to the judiciary.

“The case of March 1, 2008 must be disclosed, the murderers must be brought to justice,” he said in a live Facebook broadcast.

National Security Service Director Artur Vanetsian – who appears on the recording, talking to the head of the Special Investigation Service Sasun Khachatrian – said that the Prosecutor-General’s Office will investigate the wiretapping.

In the recorded calls the two discussed the cases of Robert Kocharyan, the former president, and Yuri Khachaturov, former deputy defence minister. Mr Vanetsyan is heard saying that the prime minister had told them to “cage” Mr Khachaturov. Mr Vanetsyan also appears to suggest that he pressured a judge to arrest Mr Kocharyan, saying: “The judge called me. He is a little scared. I told him…whether you want it or not, you will arrest him.”

Mr Kocharyan was arrested in July and remanded in pre-trial detention, but an appeals court released him on bail two weeks later.