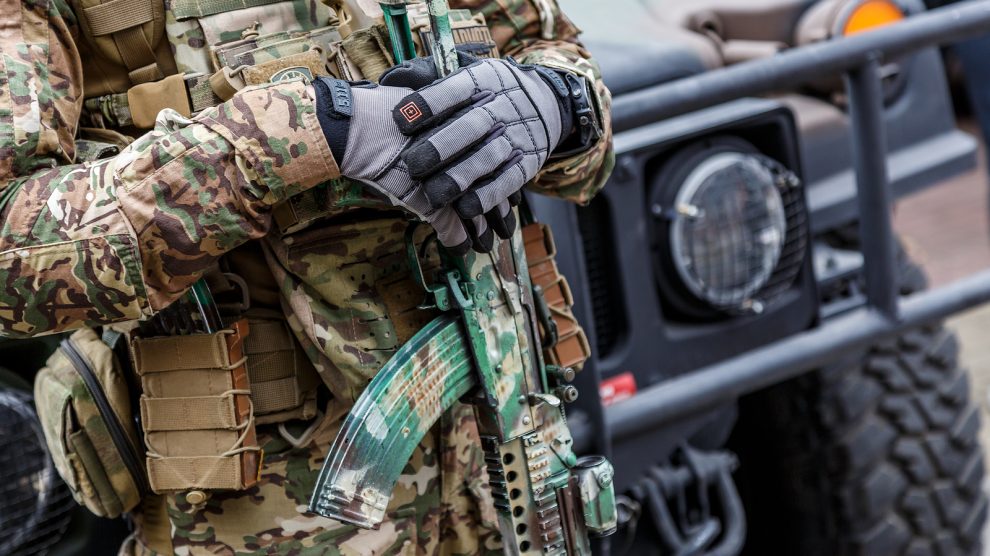 Ukraine’s president, Volodymyr Zelensky, said on Wednesday that the battle for the eastern city of Sievierodonetsk will decide the fate of Donbas and is seeing probably the most difficult fighting since Russia’s invasion began. “Sievierodonetsk remains the epicentre of the confrontation in Donbas,” Zelensky said in a late-night address, claiming that Ukraine had inflicted “significant losses on the enemy”. However, regional leaders said earlier that Ukrainian forces had been pushed back to the outskirts of the key frontline city amid heavy fighting there and in frontline villages to the south as Russia pursues a breakthrough in Donbas.

On Thursday, speaking via video link at a gala to celebrate Time magazine’s 100 most influential people of the year, Zelensky compared Russia’s invasion to Covid and described weapons and sanctions as a vaccine. The Ukrainian president lobbied again for more outside help because “the Ukrainian military are dying on the battlefield”. He asked rhetorically whether the US president, Joe Biden, and members of Congress were using “all the capacity of our influence and our leadership” and called on them to be “100% influential”.

Ukraine this week accused the Russian army of abducting residents in the Kherson region in the south of the country and keeping them in “torture chambers”. Tamila Tacheva, the Ukrainian presidency’s permanent representative in Crimea, said in a briefing, “According to our information, about 600 people are detained in specially equipped basements, in torture chambers, in the Kherson region.” About 300 people are “in the basement” in Kherson city and the rest are in other settlements of the region, Tacheva said, according to Ukrainian state news agency, Ukrinform.

Polish President Andrzej Duda slammed the leaders of France and Germany over their phone calls with Russian President Vladimir Putin, saying it was like having talks with Adolf Hitler during World War II, according to the German daily Bild. German Chancellor Olaf Scholz and French President Macron have both held one-on-one phone calls with Putin since Russia launched a devastating invasion of Ukraine, with Macron in particular stirring Ukrainian ire by saying Russia must not be “humiliated” so as to preserve chances of a diplomatic solution. Duda, in an interview with Bild first released on its YouTube channel late on Wednesday, said such discussions only legitimised an illegal war in Ukraine.

The prime ministers of Latvia and Lithuania have urged fellow Europeans to look past the cost of living crises and higher energy prices to ensure Russia loses the war in Ukraine. Latvia’s Krišjānis Kariņš and Lithuania’s Ingrida Šimonytė told the FT’s Global Boardroom conference on Wednesday that it was becoming harder to keep the west united on sanctions but that Russian president Vladimir Putin had to be stopped before he turned his sights on other countries. “Our goal must be for Putin to lose the war. If it’s going to take some time, it’s worth it. It’s worth paying the cost in terms of energy. In the west, we pay with our wallets. The Ukrainians are paying with their lives,” said Kariņš. Šimonytė added: “There is still some level of wishful thinking among some of our colleagues who would like to think there is an easier solution. We should not fool ourselves.”

Turkey said on Wednesday a United Nations plan to set up a sea corridor for Ukrainian grain exports overseen by Ankara was “reasonable”, but required more talks with Moscow and Kyiv to ensure ships would be safe. Russia’s invasion of Ukraine halted Kyiv’s Black Sea grain exports, threatening a global food crisis. The United Nations wants the two sides, as well as maritime neighbour and NATO member Turkey, to agree a corridor. But there are big hurdles to a deal, including persuading Russia to ease its blockade of Ukrainian ports, Kyiv to clear mines it has laid, and then convincing shipping and insurance companies that the corridor is safe to use. And time is running out, with little storage space left for Ukraine’s next harvest starting at the end of July.

Bulgaria’s prime minister has pledged to lead a minority government after one of four parties in a governing coalition formed just six months ago quit the government. Prime Minister Kiril Petkov said on Wednesday that he was “optimistic” his Continue the Change party (PP) and its two remaining coalition partners could still deliver on pledges to uproot widespread corruption. “A minority government will be much better than a government whose arms are being twisted for additional money and genuine reforms are being stopped,” Petkov said. Petkov spoke at a news conference after the populist There Is Such A People (ITN) party quit the government over disagreements on spending and whether Bulgaria should back North Macedonia’s European Union accession.

EU industry chief Thierry Breton on Wednesday told Hungary to suspend discriminatory fuel pricing against vehicles with foreign licence plates or risk being taken to court, according to a European Commission letter seen by Reuters. The move marks yet another area of discord between the European Commission and Hungary. Tensions between Brussels and Hungarian Prime Minister Viktor Orbán have grown in recent months, including over Budapest stalling more sanctions against Russia. Earlier this year, Hungary said trucks weighing over 7.5 tonnes and trucks with foreign licence plates weighing over 3.5 tonnes would not be eligible for subsidised fuel at 480 forints (1.31 US dollars) per litre but would have to pay market prices.

The war in Ukraine and its knock-on effects have forced Bosnian Serb nationalists to delay plans to pull their region out of Bosnia’s national institutions, their leader Milorad Dodik said on Monday. In December, the parliament of Bosnia’s autonomous Republika Srpska voted to start work on severing ties with Bosnia’s armed forces, judiciary and tax system, in a non-binding motion meant to pave the way for secession. Dodik – the driving force behind a plan that sparked Bosnia’s worst political crisis since the end of its 1990s war and triggered sanctions against him from London and Washington and warnings from the EU – had said it would be implemented by a deadline that expires this week.

Czech President Miloš Zeman is revamping the central bank after criticising it for overly aggressive interest-rate increases to combat the fastest growth in livings costs in nearly 30 years. Zeman, who has the sole right to pick central bankers, named three new members to the policy making board on Wednesday, refusing second terms to two hawkish rate setters. The changes follow last month’s surprising appointment of Ales Michl, who has been a vocal opponent of the rapid monetary tightening, as the new governor. The changes are a manifestation of Zeman’s views that inflation is largely caused by shocks from abroad and that too much monetary tightening may be helping to drive up prices. Zamrazilova will become the deputy governor.

The government of Poland, where a near-total abortion ban is in place, faced accusations on Monday of creating a “pregnancy register” as the country expands the amount of medical data being digitally saved on patients. Women’s rights advocates and opposition politicians fear women face unprecedented surveillance given the conservative views of a ruling party that has already tightened what was one of Europe’s most restrictive abortion laws. They fear the new data could be used by police and prosecutors against women whose pregnancies end, even in cases of miscarriage, or that women could be tracked by the state if they order abortion pills or travel abroad for an abortion.

Albania’s parliament on Saturday elected a top military official as the country’s new president after no candidates were nominated in three rounds of voting. Gen.-Maj. Bajram Begaj won the post after the 140-seat parliament voted 78 in favour, four against and one abstained. The governing left-wing Socialist party nominated and voted for Begaj, 55, after failing to reach a compromise with the opposition on a candidate to replace President Ilir Meta, and no independent candidate was nominated. Most of the opposition boycotted the voting. Begaj is post-communist Albania’s eighth president and the third from the military ranks. The five-year presidency has a largely ceremonial role and the chosen candidate is expected to stand above partisan divisions.

Constitutional reforms touted by Kazakhstan’s President Kassym-Jomart Tokayev as a precursor to genuine democratisation have been backed overwhelmingly in a referendum, although independent observers have complained that the authorities placed their thumb on the scale to achieve the outcome. The Central Electoral Commission said a preliminary count showed 77 per cent of people who cast a ballot on June 5 supported the amendments. Fully 70 per cent of eligible voters turned out for the referendum, it said. Champions of these amendments have insisted the overhaul is poised to be substantial. Around one-third of the articles of the constitution will be changed as part of what Tokayev has cast as his “New Kazakhstan” agenda.