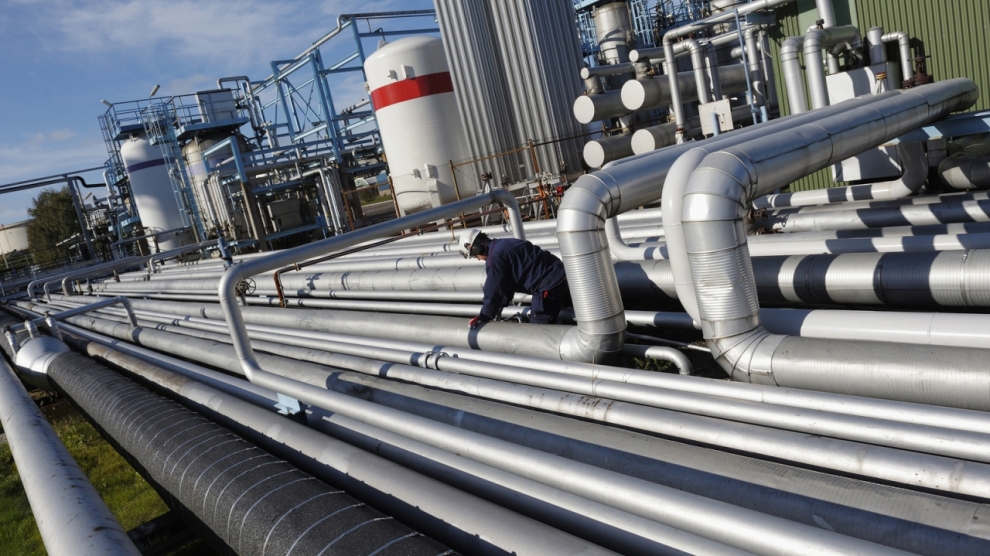 The most important oil refinery in Belarus, Naftan, is currently struggling with increasing oil prices and decreasing wages, while the whole country has been affected by the economic crisis, and protests against an unpopular new tax are on the increase.

“In 2017, as compared to 2016, we saw a general improvement of the spread between world price quotations for crude oil and petroleum products,” Naftan General Director Alexandr Demidov tells Emerging Europe. “Besides, a refinery’s operations also depend on the sophistication of its processes: the oil conversion ratio, share of light petroleum products yield, quality and range of products. In this regard OJSC Naftan’s operation continues to be significantly impacted by policies being implemented by the government of the Russian Federation,” he continues.

Despite the Belarus economy being heavily reliant on Russia, President Aleksander Lukashenko underlined the importance of Naftan’s role as a matter of Belarusian “independence”, as the refinery is also one of the country’s main exporters.

“We have very close ties both with neighbouring countries and with European partners,” Mr Demidov says. “In Belarus for the past 10 years the Closed Joint Stock Company Belarusian Oil has been successfully operating a special exporter of all Belarusian petroleum products. This company has several subsidiaries in neighbouring countries (Russia, Ukraine, Latvia, Poland), and an affiliate company in the UK: BNK (UK) Ltd.”

Even after huge protests in March against the government’s plans to implement a tax on those not in full-time employment, the collapse of salaries still represents an issue. Navapolatsak is the only city in Belarus where wages have not recovered to 2016 levels and average monthly wages at the Naftan refinery are around 600 rubles (300 US dollars).

“We are currently taking all necessary measures to maintain wages at existing levels, preventing any decrease,” Mr Demidov says. “We are also looking for ways to increase wages. Remuneration of labour depends primarily on company performance. OJSC Naftan has a well-defined development programme, in line with which we are implementing large-scale modernisation. The major modernisation project is construction of a Delayed Coking Complex for petroleum residues. This will enable OJSC Naftan to acquire additional profits and to work under conditions of market crude oil prices,” Mr Demidov concludes.