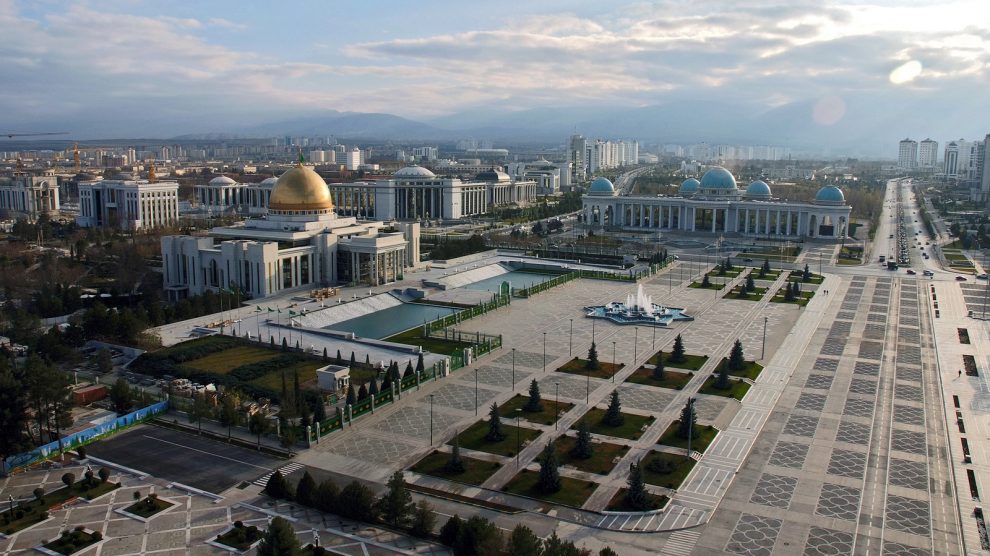 The European Commission has sent Poland formal notice to pay some 70 million euros in fines for failing to reverse an illegal disciplinary regime for judges, a spokesman said, an escalation in a row between Warsaw and the European Union over democracy. Last October the top EU court fined Warsaw for failing to immediately halt the work of the Polish Supreme Court’s Disciplinary Chamber pending a final verdict on the scheme.

A cross-party group of MEPs has called for a large-scale election observation mission to Hungary, citing fears about democratic standards. Hungarians go to the polls on April 3 in parliamentary elections that will decide the fate of the incumbent prime minister, Viktor Orbán, whose last 12 years in office have seen tighter executive control over courts, a withering of independent media and widespread concerns about corruption and cronyism.

Romania’s offshore gas tax that has held up big projects in the Black Sea is set to be revised by the first half of this year after repeated delays, Energy Minister Virgil Popescu said this week, paving the way for investment. The tax on offshore projects is the last remnant of a series of restrictions on the country’s energy sector that the government has so far failed to reverse. But the three parties in Romania’s current government agreed in their coalition programme that the tax needs to be changed.

Romania’s prime minister meanwhile, Nicolae Ciucă, is facing calls to step down after it was alleged on Monday that large parts of his doctoral thesis had been plagiarised. A journalist from the investigative news platform PressOne, Emilia Şercan, who has in recent years become a thorn in the side of Romania’s notorious so-called “doctorate factories”, says that Ciucă’s 2003 thesis in military science contains plagiarised content on “at least” 42 of its 138 pages. “Nicolae Ciucă’s doctoral thesis has no academic relevance,” she adds.

Bulgarian President Rumen Radev has pledged to restore democracy and stamp out rampant corruption at a ceremony swearing him in for a second term. “There is an anti-mafia consensus in Bulgaria,” Radev said in an address to the National Assembly on January 19. “From now on, the state should not be ruled through a screen, under the table, on the phone, or behind the scenes. Corruption must be crushed in order for us to survive as a state and as a society,” he added. The 58-year-old Radev, who ran on an anti-corruption platform, took about two-thirds of the vote in a November 21 runoff to win a second term.

A folk singer from Czechia has died after deliberately catching Covid, her son told the BBC on Wednesday. Hana Horka, 57, was unvaccinated and had posted on social media that she was recovering after testing positive, but died two days later. Her son, Jan Rek, said she got infected on purpose when he and his father had the virus, so she could get a recovery pass to access certain venues. Czechia reported a record number of Covid-19 cases on Wednesday.

Ukrainian President Volodymyr Zelensky publicly pushed back Thursday on US President Joe Biden’s comments that a “minor incursion” by Russia into Ukraine would prompt a lesser response than a full-scale invasion, in an implicit rebuke of Biden’s comments. “We want to remind the great powers that there are no minor incursions and small nations,” Zelensky wrote on Twitter in an apparent response Biden’s remarks on Wednesday. “Just as there are no minor casualties and little grief from the loss of loved ones.”

Armenia has established a working group to prepare plans for restoring a Soviet-era railroad connecting the country to Azerbaijan, the most concrete step Yerevan has yet taken in restoring transportation ties with the country to which it lost a war in 2020. Azerbaijan began construction on its side of the border shortly after the war, in February 2021. As part of the ceasefire deal ending the fighting, both committed to “unblocking communications” across their borders, which had been closed since the first war between the two in the 1990s.

The US has charged four Belarusian officials with aircraft piracy over the diversion of a passenger plane to Minsk last May. Prosecutors allege the officials used a false bomb threat to divert a Ryanair flight to the Belarus capital, where opposition journalist Roman Protasevich and his partner were detained. FBI officials said the incident was a “reckless violation”. Earlier this week a UN report concluded the bomb threat was deliberately false.

Moldova’s parliament on Thursday approved the government’s request to introduce a state of emergency in the energy sector over difficulties with gas payments to Russia’s Gazprom. Prime Minister Natalia Gavrilița said on Wednesday the cabinet needed to expand its powers to manage the energy sector, such as switching gas supplies from industry to households and using budget funds to pay for gas.

The US State Department this week cleared Lithuania, Latvia and Estonia to send U.S.-made missiles and other weapons to Ukraine, three sources familiar with the decision said, as President Joe Biden predicted Russia would move on Ukraine. Under export control regulations, countries must obtain approval from the State Department before transferring any weapons they received from the United States to third parties.

Russian troops arriving in Belarus for what Moscow and Minsk say will be joint military exercises are a direct threat to NATO member Lithuania, and could prompt Washington to station more troops in the region, Lithuania’s defence minister said this week. “In the current situation, we consider the entry of Russian military forces into Belarus not only as a destabilising factor of the security situation, but also as an even greater direct threat to Lithuania,” the minister, Arvydas Anusauskas, wrote on Facebook.

Serbia revoked Rio Tinto’s lithium exploration licences on Thursday, bowing to protesters who opposed the development of the project by the Anglo-Australian mining giant on environmental grounds. Serbian Prime Minister Ana Brnabić said the government’s decision came after requests by various green groups to halt the 2.4 billion US dollars Jadar lithium project which. “All decisions (linked to the lithium project) and all licences have been annulled,” Brnabić told reporters after a government session. “As far as project Jadar is concerned, this is an end.”

Turkish President Recep Tayyip Erdogan told his Serbian counterpart this week that Belgrade’s support for Bosnia and Herzegovina’s territorial integrity is very important and its role is critical for the peace and stability of the region. Speaking in Ankara after talks with President Aleksandar Vučić, Erdogan also called on the leaders of Bosnia’s three entities to refrain from moves that could endanger the Balkan country’s territorial integrity and urged them to act “with a sense of responsibility.” He said Bosnia’s Serb, Croat, and Bosniak leaders would be invited for crisis talks after Serbia’s elections in April.

Montenegro’s opposition parties and one group in the ruling coalition jointly proposed a no-confidence motion on Wednesday in Prime Minister Zdravko Krivokapić’s cabinet. The small Adriatic country’s parliament must vote on the no-confidence motion by mid-February. To pass, it will require the support of at least 41 lawmakers in the 81-seat assembly. “The prime minister… has jeopardised cooperation between executive and legislative bodies and that… led to the institutional and political crisis,” said the motion, which was published on the parliament’s website.

The former president of Kazakhstan, who has not been seen in public since late last year, resurfaced on Tuesday in an attempt to quash mounting claims of an ongoing intra-elite clash. “There is no conflict or confrontation within the elite. Rumours to this effect are absolutely groundless,” Nursultan Nazarbayev said in a video address. The 81-year-old former president’s brief statement was also intended to put to rest rumours that he had fled the country. “I am having a well-deserved rest in the capital of Kazakhstan and didn’t go anywhere,” he said, notably refraining from using the current name of the city, Nur-Sultan.

Authorities in Turkmenistan have introduced a lockdown without any official announcement, continuing to deny a single coronavirus case has been registered in the country. Marketplaces, department stores, except food shops, as well as bars, restaurants, and other public places in all regional capitals have been closed since Sunday. It is not clear for how long the new lockdown has been introduced. A previous lockdown that lasted for almost four months was lifted in early December.

Ecologists claim victory as Serbia cancels plans for lithium mine
As more CEE countries embrace Taiwan, the 3SI could be key to even greater engagement
Comment