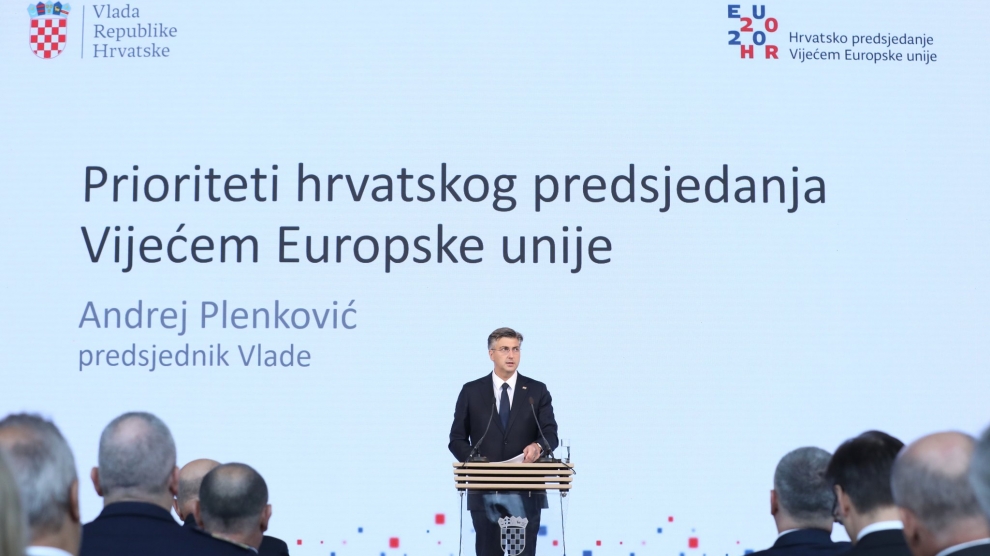 A Europe that develops, connects and protects and is influential on the global scene are the four pivotal areas of Croatia’s presidency of the Council of the European Union, the country’s prime minister Andrej Plenković has announced.

Croatia takes on the rotating six month presidency on January 1, 2020.

Mr Plenković said that although the EU is the world’s second-biggest economy and makes up a fifth of global GDP, in a time of great technological, geopolitical and demographic changes, the EU economy and labour market are faced with ever-growing competition, primarily from the US and China.

“In the first six months of 2020, Croatia will be at the helm of the joint project of further building a strong Europe in a world full of challenges,” he said.

He said that in order to build a stronger Europe, Croatia is committed to making the single market deeper, to encouraging business digitalisation, to boosting competitiveness through investments in innovations and research and to reducing development gaps among EU member states so that they can all become economically stronger.

He also said it was necessary to encourage economic development which is ecologically more viable so as to ensure a successful transition to a low-carbon and circular economy.

The prime minister also underlined the EU’s responsibility towards the Western Balkans, saying that during its presidency, Croatia would advocate the EU membership prospects of countries in the region and an efficient enlargement policy.