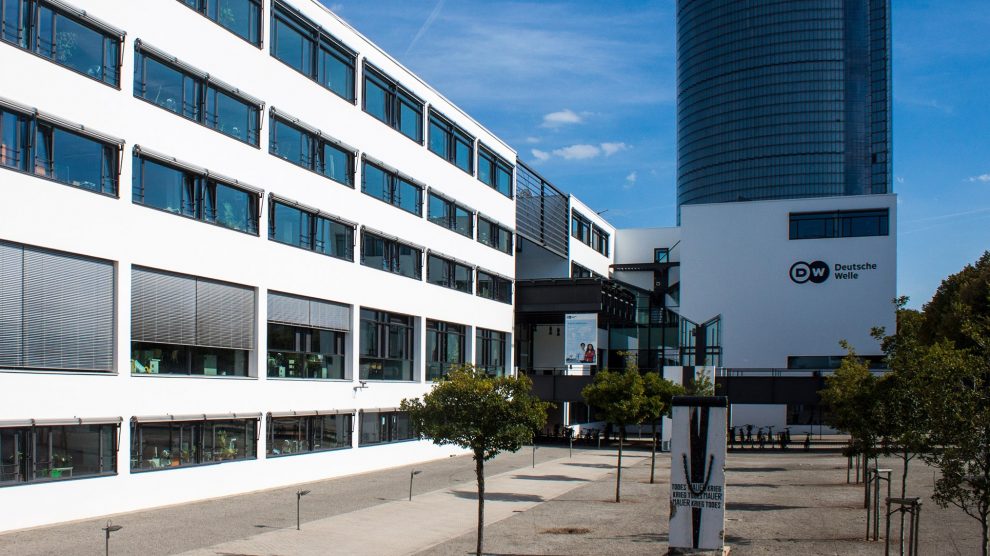 Bulgaria looks set for a new election after the country’s anti-establishment party, There Is Such A People (ITN), said this week it would not try to form a government despite a surge of support in this month’s parliamentary poll. The populist party – led by singer and TV host Slavi Trifonov – surprisingly finished second in the polls behind only Prime Minister Boyko Borissov’s centre-right GERB party. Popular anger at widespread corruption boosted support for ITN and two smaller anti-graft parties at the April 4 election, but even together the three parties do not have a majority in the fragmented parliament. ITN has ruled out working with Mr Borissov.

Thousands of people rallied in Slovenia on Tuesday against the government of right-wing Prime Minister Janez Janša, whom opponents accuse of curbing democratic freedoms. The peaceful protest was held on Slovenia’s Resistance Day, which marks the start of the World War II struggle by partisan groups against Nazi German and fascist Italian occupiers. Protest organizers said they were fighting “for freedom, democracy and the rule of law.” Janša’s government was formed last year after the resignation of a previous, liberal premier. A close ally of Hungary’s Prime Minister Viktor Orbán, Janša has faced accusations of fueling hate speech, tightening his grip on power and pressuring the media. He has rejected the accusations.

Vienna Insurance Group is discussing adding a Hungarian partner to its proposal to buy Aegon NV’s eastern European arm to overcome government resistance to the deal, Bloomberg reported this week. The insurer is racing to rescue the 830 million euros deal with Aegon after Hungary surprisingly refused to approve it this month. Vienna Insurance, one of the industry leaders in the former communist part of Europe, wants to keep control of the unit and consolidate it in its books, while it’s unclear if the Hungarian side would accept a minority stake, the people said, asking not to be identified discussing confidential matters.

The Polish government confirmed this week that it will not include the possibility of a third gender – separate from male and female – when it implements new harmonised European Union identity cards later this year. It says it does not want to be part of an “ideological revolution”, but some lawyers believe this could breach EU law and an opposition MP has promised legal action. New regulations that come into force on August 1 will replace and harmonise the various identity cards that currently exist in countries across the EU and European Economic Area (EEA).

Romanian authorities unjustifiably sanctioned a prominent politician and Calvinist bishop from the country’s ethnic Hungarian minority for displaying a flag associated with an autonomy movement at his private office building, Europe’s human rights court found on Tuesday. In the ruling, the European Court of Human Rights said Romania violated László Tőkés’ free speech rights by taking actions to force him to remove the flag of Székely Land – an predominantly ethnic Hungarian area of Romania that has long sought autonomy – outside his office. Tőkés, a former MEP, is best known as a dissident pastor who helped spark Romania’s revolution that brought down dictator Nicolae Ceaușescu in 1989.

MPs from several Georgian opposition parties finally took their seats in parliament this week, as part of a European Union-brokered deal that ended their protest against the ruling Georgian Dream party. The agreement comes after a protracted dispute over accusations by the opposition that Georgian Dream rigged last October’s parliamentary elections and was leading the country back towards authoritarianism. However, the two largest opposition parties, the United National Movement (UNM) and European Georgia, have refused to accept the deal, and their MPs have yet to take the seats they won on the October election.

The US Coast Guard cutter Hamilton is en route to the Black Sea to train alongside NATO allies and partners in the region amid heightened tensions between Russia and the West over its buildup of forces along Ukraine’s border. The US Navy’s 6th Fleet announced on Tuesday that the vessel is headed to the Black Sea, after previously operating alongside the guided-missile destroyer Roosevelt in the Aegean Sea. Photos posted on social media showed the cutter transiting through Turkey’s Bosphorus strait. The news came the same day that Russia began a naval combat exercise, moving its Moskva cruiser into the region for live-fire drills

US President Joe Biden this week became the first US president to officially recognise the massacre of Armenians under the Ottoman Empire as a genocide, risking a potential fracture with Turkey but signaling a commitment to global human rights. In a statement marking the 106th anniversary of the massacre’s start, Biden wrote, “Each year on this day, we remember the lives of all those who died in the Ottoman-era Armenian genocide and recommit ourselves to preventing such an atrocity from ever again occurring.”

Armenian Prime Minister Nikol Pashinyan meanwhile, who was swept to power in pro-democracy protests in 2018, has triggered an early election to try to overcome criticism over his handling of last year’s conflict in Nagorno-Karabakh. Pashinyan had been under pressure to resign since he agreed to a ceasefire after ethnic Armenians lost territory in the fighting with Azeri forces in and around Nagorno-Karabakh. He had already named a June 20 date for an early election. Announcing his resignation, he said on his Facebook page on Sunday that he was returning power received from citizens to them so they could decide the future of the government through free and fair elections.

Amnesty International claimed this week that Belarusian workers are facing reprisals in their attempts to set up independent trade unions amid pro-democracy protests that followed a presidential election last year that opposition leaders and the West say was rigged. “Many people chose to express their peaceful opposition to the election results at their workplace, through industrial action. Some faced administrative detention, and some criminal prosecution for exercising their right to freedom of peaceful assembly,” the London-based human rights group said in a report published on April 28.

Russia on Wednesday ordered a total of seven diplomats Estonia, Latvia, Lithuania and Slovakia to leave in tit for tat move following the expulsion of Russian embassy staff in the four countries. The Russian Foreign Ministry has ordered three diplomats from Slovakia, two from Lithuania, one from Estonia and one more from Latvia to leave Moscow within a week. Moscow’s petty move continues the diplomatic warfare between Russia and several EU nations that began earlier this month when Czechia expelled scores of Russian diplomats over the alleged involvement of Russian spies in a massive ammunition depot explosion in 2014.

Lithuania has made impressive headway in its clean energy transition in recent years but needs to take action in several key areas to accelerate progress towards its goal of climate neutrality in 2050, according to a new policy review by the International Energy Agency (IEA). Lithuania is currently seeking membership of the IEA, which conducted the in-depth review of the country’s energy policies as part of the accession process. The review found that Lithuania has strengthened its energy policies over recent years. Electricity market reforms are underway and Lithuania – along with its Baltic neighbours Latvia and Estonia – is integrating its power system into Continental Europe’s.

Albania’s ruling Socialist party has secured a third consecutive mandate, the country’s Central Election Commission confirmed this week. Final results gave Prime Minister Edi Rama’s Socialists 49 per cent of the vote — equivalent to 74 of parliament’s 140 seats, the same number it won in the previous election four years ago. The main opposition Democratic party took 39 per cent of the vote, and 59 seats. “My dream … is to make Albania in this decade … the Balkan champion, in tourism and agro-tourism, in energy and agriculture and in fast, qualitative, incorruptible digital services,” said Rama as he addressed a crowd of supporters on Tuesday evening.

NATO meanwhile this week launched joint military exercises in Albania with thousands of military forces from the United States and other countries in the first such large-scale drills since World War II in the Western Balkans, a US army official said on Thursday. Colonel Joseph Scrocca said “a staunch NATO ally since 2009, Albania is a valued security partner — both regionally and globally.” Albania is playing a critical part in the DEFENDER-Europe 21 exercise with Joint Logistics Over-the-Shore operations taking place “for the first time in Europe since World War II at the Port of Durres,” Scrocca said in an online briefing.

Montenegro’s new national airline will be called Air Montenegro, it was revealed this week, but cannot start flying yet because its fleet has been grounded after an anonymous tip-off flagged up maintenance irregularities. To help Air Montenegro get flying, the Montenegrin government transferred into its ownership two Embraer aircraft formerly belonging to the now defunct Montenegro Airlines. However, the two Embraers have now been deemed unfit to fly.

Almost 250,000 workers in Bosnia and Herzegovina are at immediate risk of losing their jobs, according to a new joint study by the International Labour Organisation (ILO) and the European Bank for Reconstruction and Development (EBRD) published this week. This represents almost 20 per cent of the workforce as at the end of 2020. The study identifies 14 sectors as particularly vulnerable to the impact of the pandemic. They include wholesale and retail trade, transport, crop and animal production, accommodation and food services. These sectors largely overlap in the Republika Srpska and the Federation of Bosnia and Herzegovina.

Armed forces in Kyrgyzstan and Tajikistan exchanged gunfire along a contested stretch of border on April 28, dramatically raising the stakes in a conflict that began with clashes among local residents. Marufkhan Tulayev, deputy head of Kyrgyzstan’s southern Batken region of Kyrgyzstan, told the Interfax news agency that at least four Kyrgyz soldiers had been hospitalised with gunshot wounds. “The situation on the Kyrgyz-Tajik border has got out of control,” Tulayev was quoted as saying. The Tajik security services also reported on the exchange of gunfire, accusing Kyrgyz troops of firing on Tajik border personnel near a strategically important irrigation water distribution facility. A ceasefire was agreed late on April 29, but the situation remains tense.

Kazakhstan this week launched its own, domestically-developed vaccine for mass inoculations against Covid-19. Almost one million people in the former Soviet republic have already received the Russian-developed Sputnik V vaccine, but the country has now made its own vaccine, called QazVac, available to the general public. QazVac is currently in a stage three trial to be completed by July. All 222 people who participated in the first two stages have developed immunity to Covid-19, with no major side-effects reported, according to its Kazakh developer, the Research Institute for Biological Safety Problems.

Turkmenistan celebrated the first national holiday in honour of its native dog breed on Sunday, with its canine-loving president awarding a best-in-show prize at a ceremony in the capital, Ashgabat. The Alabai, a Turkmen-bred variety of the Central Asian shepherd dog, is a symbol of national pride in the reclusive nation, and its authoritarian President, Gurbanguly Berdymukhammedov, last year unveiled a huge golden statue of the creature in the city. The ceremony was president over by Berdymukhammedov’s son, Serdar, further fueling speculation that he is being groomed to take over from his further.

The trailblazing CEE healthtech start-ups set for stardom
From hobby to global business: The rise and rise of TECHIIA
Comment