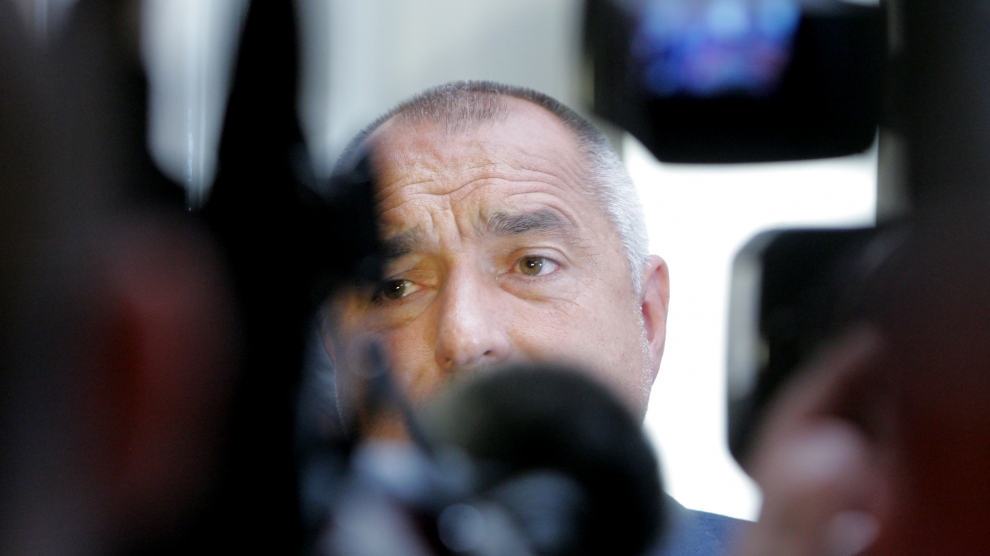 Bulgarian Prime Minister Boyko Borissov (pictured above) signalled on Wednesday that he could resign following weeks of anti-government protests, but said his centre-right GERB-led cabinet should remain in place until an election due next year. Borissov said he wanted to avoid the collapse of the government and dissolution of parliament at a time when the economy is being battered by the impact of the coronavirus pandemic.

The Romanian government on Wednesday released legislation for public debate that will be used to determine which company carries out the installation of 5G networks in the country. China’s Huawei looks unlikely to get the go ahead as, according to the draft legislation, companies controlled by a foreign government that don’t have a transparent ownership structure will not be eligible. Both President Klaus Iohannis the government have repeatedly voiced resistance to awarding Huawei a contract to implement 5G technology in the country.

Polish manufacturing recovered in July after a coronavirus lockdown was eased, a survey showed on Monday, but Hungary posted a more modest improvement and Czechia did not return to growth, suggesting the region still faces challenges. In Poland, the IHS Markit Purchasing Managers’ Index (PMI) for manufacturing rose to 52.8, the first time since October 2018 it has been above the 50.0 line that separates growth from contraction. In Hungary the PMI, which is published by The Association of Logistics, Purchasing and Inventory Management, rose to 50.8 in July from a revised 47.4 in June. Czech manufacturing PMI rose to 47.0 last month from 44.9 in June, returning to pre-pandemic levels with the slowest decline since March 2019.

Slovenia recorded a budget deficit of 1.9 billion euros in the first half of 2020, compared to a surplus of 220 million euros in the same period last year, the finance ministry said this week. The ministry said budget income fell by 15.5 per cent, mainly because of lower tax income amid the coronavirus epidemic, while budget spending was 27.7 per cent higher as the government gave financial help to citizens and companies hit by the epidemic.

LOT Polish Airlines has announced a brand-new route from Budapest to Wrocław, the fourth-largest city in Poland. The new service, LOT’s fifth from Budapest, will start on August 24 and will operate once a week, further developing the carrier’s hub at the Hungarian airport.

Croatia on Wednesday marked the 25th anniversary of its victory in the 1991-95 independence war, for the first time joined by a top representative of the Serb minority to underline progress in overcoming a legacy of ethnic hatred. The annual rite, gathering top state and military officials and war veterans, was again staged in the southern hill town of Knin, the former bastion of rebel Serbs who opposed Zagreb’s 1991 secession from Serbian-dominated federal Yugoslavia.

A lack of rain in Ukraine’s central and southern regions has created unfavourable conditions for winter crop sowing, analyst APK-Inform said on Wednesday citing weather forecasters. Ukraine, a traditional grower of winter crops of wheat, barley and rapeseed, usually starts sowing in the second half of August with winter rapeseed. Ukrainian grain traders union UGA said on Tuesday it had revised down its forecast for Ukraine’s 2020/21 rapeseed harvest to 2.93 million tonnes from the previous outlook of 3.33 million. Ukraine harvested 3.3 million tonnes of rapeseed in 2019.

The World Bank has approved a financing package worth 15 million US dollars for Moldova, aimed at supporting the modernisation of the country’s food safety system by establishing a comprehensive, EU standards-compliant system for the management of animal by-products. Moldova’s predominantly agriculture-based economy relies heavily on agricultural production and agri-processing in Europe and Central Asia region. Given the prominence of the sector, EU standards-compliant food safety and quality control systems are said to be essential for the continuous growth of the sector, exports, public health considerations and environmental protection.

Companies and entrepreneurs in Azerbaijan operating in the those fields which have been negatively affected by Covid-19 will be exempted from paying rent for nine months, local media reported on Wednesday. The period covered by the rent holiday will be April 1, 2020 to January 1, 2021.

Average household income in Georgia almost halved during the Covid-19 pandemic, a new study has found. Mean monthly household income after tax prior to the pandemic was 1,080 lari (350 US dollars), but by April, this figure had dropped to 617 lari, before rebounding slightly to 654 lari in May.

Protesters clashed with police and private security guards on Thursday outside the Amulsar gold mine in Armenia after security guards dismantled a part of a blockade at the mine’s entrances. The blockade of the mine – organised by activists and local residents – has been in place since the summer of 2018. Supporters of the blockade claim that the mine endangers the environment, the nearby resort town of Jermuk, as well as local villages.

Buying an existing bank is one of the options the Lithuanian government is considering as part of its plans to establish a national development bank, the country’s Economy and Innovation Minister Rimantas Sinkevicius said this week. “We have to consider all options,” said the minister after a meeting with President Gitanas Nausėda. The national development bank will not provide retail services, but is intended to incorporate the state’s existing financial development institutions.

Enefit, a subsidiary of the Estonian state owned energy group Eesti Energia, has signed a three-year contract for the supply of electricity to the Polish telecommunications operator Orange Polska. During the contract period, Enefit will deliver to Orange Polska 510 gigawatt-hours of energy per year, covering its entire energy demand including its server rooms, mobile phone base stations, control centers, offices and customer service points.

Serbia has bought a new generation of medium-range, radar-guided surface-to-air missiles from China in a new sign of deepening cooperation between Beijing and Belgrade. State-run arms company Jugoimport confirmed this week that it made 163 import deals with 31 countries for 620.3 million US dollars in 2019, including armed drones from China and Europe’s first known purchase of the FK-3 missile defence system.

Albania’s central bank held its benchmark rate at a record low of 0.5 per cent on Wednesday but said it would ease them further to avert the effects of any escalated measures to contain the coronavirus or if the stimulus fails to impact the economy. Governor Gent Sejko told reporters after the bank’s board meeting it had also kept interest rates on hold on one-day deposits and lending at respectively 0.1 per cent and 0.9 per cent.

Advertisers who want to run ads about social issues, elections or politics in Montenegro on Facebook face new rules from this week, ahead of parliamentary elections on August 30 and in line with Facebook’s new transparency regulations. Advertisers will now have to complete a new authorizations process. It applies to anyone who wants to create or edit ads targeting Montenegro and that reference political figures, political parties or elections.

Kosovo Prime Minister Avdullah Hoti said this week that he has contracted Covid-19 and will self-isolate at home for two weeks. “I don’t have symptoms expect a very mild cough,” Hoti said on his Facebook page. Hoti’s government has faced criticism for not doing enough to curb the spread of the novel coronavirus, with the small Balkan country reporting a sharp increase in cases in recent weeks.

Uzbekistan has allowed children to attend Muslim prayers again, ending a de facto ban first enforced under the country’s late first president, Islam Karimov. The country’s interior ministry said last weekend that minors will be able to attend mosques “accompanied by fathers, brothers and close relatives” after restrictions on general worship imposed as a result of the coronavirus outbreak are lifted.

Tajikistan says it has stopped delivering electricity to neighboring Uzbekistan and Afghanistan because diminished river levels caused by a winter of reduced snowfall have constrained output at the Soviet-built Nurek hydroelectric plant. A statement posted this week on President Emomali Rahmon’s website stated that snowfall in the areas where melted ice pours into the Vakhsh River was at levels of 50 per cent compared to previous years. “This is the first time something like this has happened in Tajikistan,” Rahmon wrote.

The Eurasian Fund for Stabilisation and Development (EFSD) this week agreed to provide a 50 million US-dollar financial credit to Tajikistan. The funds will be used to implement the plans of the Tajik government and national bank to counter the impact of Covid-19 on the country’s economic, financial, and social sectors.

Kazakhstan’s Health Ministry has said it is managing to get on top of the coronavirus outbreak, but authorities have nonetheless extended the existing lockdown regime and brought in stricter rules on where and when masks must be worn. Health Minister Alexei Tsoi said at a briefing on August 3 that with the peak of infections now passed, other challenges lie ahead. “Our job is to maintain positions that have been won through very hard trials endured by the entire population and the healthcare system,” he said.