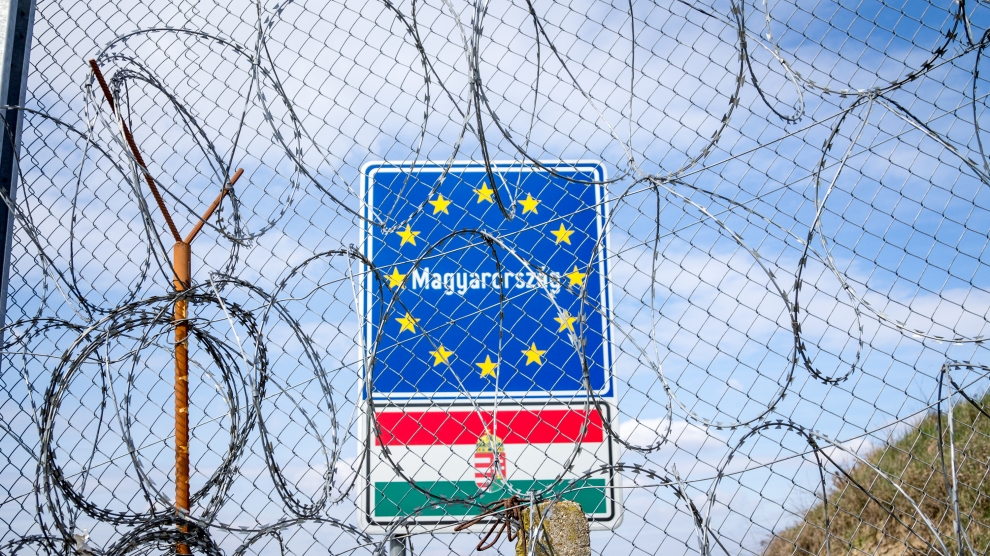 The situation in Belarus remains the biggest story in emerging Europe: you can find all of our coverage here.

Hungary will maintain border closures and make the wearing of face masks mandatory in cinemas, theatres and social institutions to contain the spread of coronavirus, Prime Minister Viktor Orbán said on Wednesday. Orbán said the second wave of the pandemic was expected to peak sometime around December or January. “I have instructed police to strictly control and enforce these regulations and, if needed, penalise those found in breach,” he added.

Czech billionaire Daniel Kretinsky has built a 3.05 per cent stake in J. Sainsbury, it was revealed this week, becoming the UK supermarket group’s fourth-largest shareholder, expanding a portfolio of retail investments that also includes France’s Casino and Germany’s Metro. A regulatory filing on Thursday disclosed the stake held by Kretinsky’s VESA Equity Investment and sent Sainsbury’s shares more than three per cent higher. At Wednesday’s closing price, a 3.05 per cent stake in Sainsbury’s was worth about 125 million UK pounds. Kretinsky, who built one of Europe’s largest energy groups through more than a decade of deals, has been diversifying and scouring retail, media and other areas for investments. “We view Sainsbury’s as an attractive investment opportunity for the long-run even against the backdrop of the highly competitive UK grocery market,” said VESA’s investment director Branislav Miskovic.

The European Commission this week accepted the application of Poland’s gas transmission operator Gaz-System to join the European Clean Hydrogen Alliance, whose focus is on supporting the creation of a hydrogen-based economy in the EU. The alliance is set to play an increasingly key role in supporting investment activities, including production, transport, storage and use of hydrogen in individual sectors of the economy, such as transport, industry, energy and heating. The project will include representatives of industry and national, regional and local authorities, as well as those from civil society.

IT services giant Infosys said on Monday it will acquire Czechia-based GuideVision for up to 30 million euros. “GuideVision’s training academy and nearshore capabilities in Czechia, Hungary, Poland, and presence in Germany and Finland will strengthen Infosys’ ServiceNow capabilities for its clients in Europe,” said Infosys in a statement. GuideVision’s end-to-end offerings, including SnowMirror – a proprietary smart data replication tool for ServiceNow instances – enables over 100 enterprise clients to simplify complex business and IT processes.

Part of a much-delayed new metro line, the M5, was opened in the Romanian capital Bucharest on Tuesday. Linking the southwest of Bucharest with the city centre, the line is seven kilometres in length and serves 10 stations. Construction on the line – which cost 3.2 billion lei (around 660 million euros), and was 85 per cent funded by the European Union – began in 2011 and was originally scheduled to be completed in 2014. No date has yet been set for the commencement of work on the rest of the line, which will eventually extend to Bucharest’s eastern suburbs.

Romanian investment fund Fondul Proprietatea said it plans to sell a 2.47 per cent stake in oil and gas group OMV Petrom. The investment fund will offer institutional investors a base deal of some 1.4 billion existing shares in OMV Petrom, it said in a filing with the Bucharest Stock Exchange, BVB, on Tuesday. Fondul Proprietatea currently holds a 9.9985 per cent stake in the energy giant.

Croatian state-owned energy supplier Hrvatska Elektroprivreda (HEP) said this week that it had put into operation the largest photovoltaic facility in the country – the 31 million kuna (4.1 million-euro) Vis solar power plant. Vis, with an installed capacity of 3.5 MW, is the first of seven photovoltaic plants that HEP plans to bring on stream this year, as part of its 2019-2023 solar power plant construction cycle worth 750 million kuna.

Ukraine’s drive to tackle corruption, a key demand of the IMF, has been thrown into doubt after a top court ruled that the country’s main anti-graft body was set up in breach of the constitution. The National Anti-Corruption Bureau of Ukraine, known as NABU, was established in 2014 at the behest of Kyiv’s western backers to spearhead anti-corruption efforts outside the country’s corrupt law enforcement and judicial systems. But the constitutional court late on Wednesday ruled that then president Petro Poroshenko had exceeded his powers in setting up the body.

Armenia’s ruling My Step coalition has agreed to opposition demands for a parliamentary inquiry into the government’s response to the coronavirus pandemic. The My Step bloc expressed scepticism about the inquiry, which was requested in June by the opposition parties Prosperous Armenia (BHK) and Bright Armenia (LHK), but said this week that it would not impede the process. BHK and LHK have accused the government of mishandling the coronavirus crisis, which has resulted in more than 46,000 infections and over 920 deaths in the country of just under three million people.

The health impact of Covid-19 in Georgia has been well-contained, but it has had a significant impact on economic activity, according to the International Monetary Fund (IMF). The lender expects GDP to contract by five per cent in 2020, following a more severe slowdown in the second quarter of the year and a more protracted recovery in external demand. However, the IMF also noted that prudent macroeconomic policies prior to the pandemic, including the build-up of external and fiscal buffers, and strong support by the international community, have allowed the authorities to launch a sizable fiscal package to mitigate the social and economic impact of the pandemic. 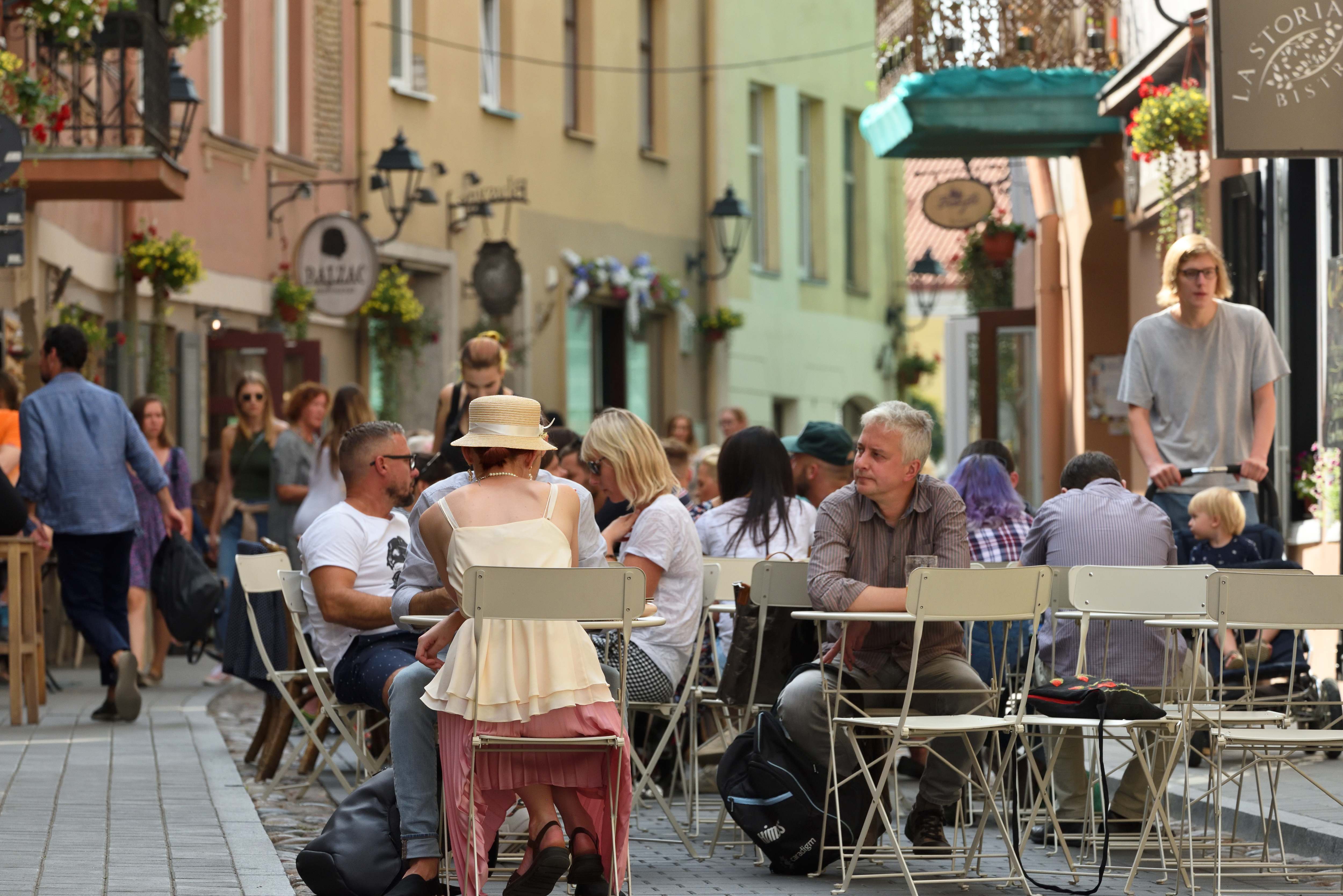 All three Baltic states performed well in the second quarter of 2020, with contraction of GDP milder than expected, Erste Group Research said this week in a statement. Erste said that the economic contraction due to Covid-19 will now likely be less severe in the region compared to that observed during the Global Financial Crisis of 2008-9, which resulted in negative double-digit GDP growth in all three Baltic states. The bank said that ahead of the pandemic, the Baltics seemed to have been more balanced and to have had much better economic fundamentals compared to 2008, when they were running high current account deficits. The main reason for the good second quarter performance, according to the Austrian bank, were the less strict containment measures implemeneted at the beginning of the pandemic, and quicker opening of the economies. GDP growth contracted by -8.9 per cent year-on-year in Latvia and by -6.9 per cent year-on-year in Estonia, while Lithuania was a shining star among the Baltics and EU, as GDP fell by just -4.2 per cent year-on-year.

A new train connection between Vilnius and Warsaw will start operating next year, the Lithuanian rail operator announced on Thursday. The countries’ state rail companies, Lietuvos Geležinkeliai (LTG) and Polskie Koleje Państwowe (PKP), agreed to roll out a passenger service in the second quarter of 2021 and also begin joint freight operations. The journey between Vilnius and Warsaw should take around eight hours

The US International Development Finance Corporation (DFC) and the US Export-Import Bank (EXIM) signed letters of interest with Serbia and Kosovo this week to help finance the construction of a motorway linking Belgrade to Prishtina, the so-called “Peace Highway”. DFC and EXIM plan to send delegations to Belgrade and Prishtina later this month to advance work on the motorway, named The Peace Highway, and other projects, DFC said in a statement on Tuesday. “The Peace Highway will drive economic development and regional integration by connecting Niš and Prishtina. It will also serve as a powerful symbol of the new, transformative relationship between these neighbouring countries. DFC, in partnership with EXIM, is committed to advancing this peace process by investing in projects that create jobs and bring sustained economic benefit to both countries,” DFC CEO Adam Boehler said in the statement.

Bosnian police on Wednesday arrested nine Bosnian Serbs suspected of taking part in the killing and persecution of dozens of Bosniaks (Bosnian Muslims) in an eastern village early in the Bosnian war of the 1990s, the country’s prosecutor’s office said. The nine men, who were all members of the wartime crisis headquarters in the town of Sokolac, were arrested there almost exactly 28 years after they allegedly executed 44 Bosniak men from the nearby village of Novoseoci in 1992, and expelled the women and children to Sarajevo. The village’s mosque was blown up and the debris dumped on the victims’ bodies. Among those killed were boys and a woman. The remains of all but one victim were uncovered after the war.

Turkey is a key country that can safeguard Europe’s security, the Albanian prime minster said Wednesday, as he urged for dialogue between Ankara and Athens. Speaking at a conference organized by The Economist in the Greek capital, Edi Rama said his country has a strategic partnership with both Greece and Turkey. “Turkey-Greece relations have the potential to be beneficial for Europe. Turkey is key to Europe’s security, just like Greece is of crucial importance to Europe’s borders,” he said. The premier called for talks between the two governments amid high tensions since Turkey resumed energy exploration in the Eastern Mediterranean last month.

North Macedonia’s prime minister, Zoran Zaev, on Tuesday expressed his country’s interest in participating in the construction of a liquified natural gas terminal in the northern Greek port city of Alexandroupoli. According to the North Macedonian new agency MIA, Mr Zaev met with the CEO of the Kopelouzos Group, the founding shareholder of the Gastrade consortium that has undertaken construction of a floating station for the gasification and temporary storage of liquefied natural gas by 2023. The LNG terminal will have a capacity of 170,000 cubic meters and the ability to supply over 5.5 billion cubic meters of natural gas.

Switzerland and Uzbekistan have agreed to the terms under which Bern may return to Tashkent some $131 million seized from the disgraced daughter of former President Islam Karimov. But activists say Uzbekistan does not have institutions to ensure the massive infusion of cash is not looted by regime insiders. Gulnara Karimova stashed almost one billion US dollars in Switzerland, funds that prosecutors say were the proceeds from bribes that three foreign mobile operators paid her to receive operating licenses in Uzbekistan. In addition to the 131 million US dollars that Bern is prepared to release, about 700 million US dollars more is still frozen and could one day be made available to Tashkent under the same conditions.

The European Bank for Reconstruction and Development (EBRD) has launched a 30 million-US dollar Green Economy Financing Facility in Kazakhstan to support gender inclusive green finance for households and small private sector companies investing in green technology solutions. Thousands of households and domestic small and medium-sized enterprises (SMEs), across the country, including small villages and remote rural areas, will benefit from loans of around 1,500 US dollars for invest in climate adaptation technologies and services. These may include solutions such as thermal insulation, photovoltaic solar panels, geothermal heat pumps and water-efficient irrigation systems.

In Poland, a powerful politician’s love of cats could bring down the government
How coronavirus saw Serbia lose 510,000 full-time jobs, and how a generous economic package prevented poverty
Comment