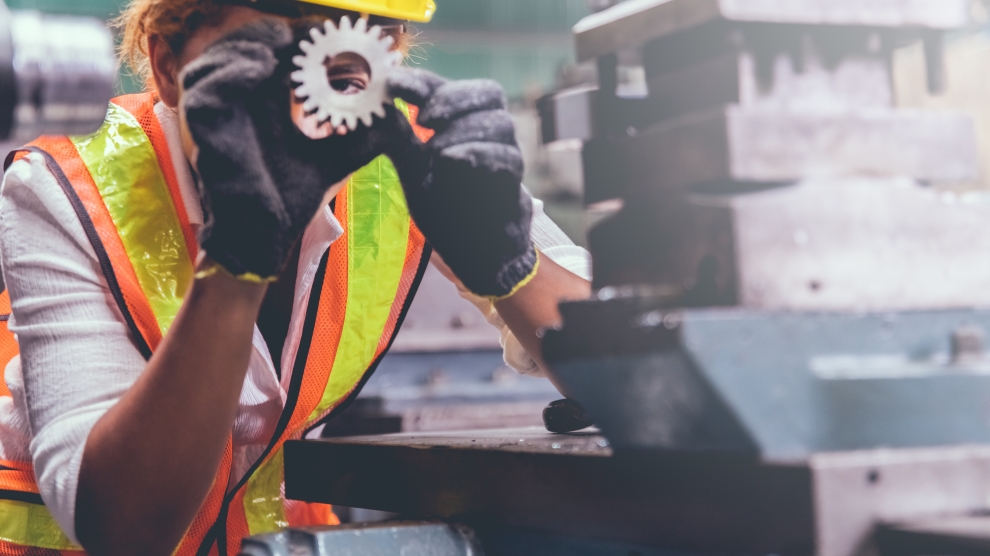 Central and Eastern European countries could benefit from the Covid-19 economic crisis in a number of ways, predicts Beata Javorcik, the European Bank for Reconstruction and Development’s (EBRD) chief economist, as she expects that a portion of production from China will shift to these countries. “The crisis has revealed that dependence on China is in some cases too high. And Central and Eastern Europe offer several advantages in terms of attracting foreign investors,” said Professor Javorcik in an interview this week with Czech daily Hospodářské noviny.

The Romanian unit of German automotive parts supplier Continental said on Tuesday it will invest 33 million euros in the expansion of its research and development (R&D) centre in Timișoara, in the west of the country. Continental will add a six-storey building to the existing R&D facility, with a capacity of over 1,700 employees and a testing and validation area for products developed within the company.

The United States is investigating digital services taxes being adopted by a number of countries, including Czechia, in a move that could lead to new punitive tariffs and heighten trade tensions. The Czech government approved a seven per cent digital tax on large internet businesses last year, which according to the country’s ministry of finance will bring in five billion crowns (195 million euros) of revenue a year.

Poland, the European Union’s biggest hard coal producer, is considering closing at least three mines in coming months as the coronavirus pandemic forces it to accelerate its exit from the sector. Poland, the only EU member to refuse to pledge to become climate neutral by 2050, has long had a close relationship with coal, which has historically been a pillar of its economy. However the sector has often been loss-making in recent years, even as the state has sought to financially prop it up.

Romanian power supplier and distributor Electrica said this week it is exploring the possibility to bid for the local assets of Czech energy group CEZ in a potential tie-up with the Energy Shareholdings Administration Association (SAPE) and state-owned hydro power producer Hidroelectrica. CEZ has been looking for a buyer for its Romanian assets since last year.

Moldovan exports to the EU decreased by 2.5 per cent in the first quarter of 2020, to 447.4 million US dollars, compared to the same period in 2019, according to the country’s National Bureau of Statistics. However, the share of EU countries in the total volume of Moldovan exports increased from 62.61 per cent to 66.28 per cent, with Romania remaining the primary destination for Moldovan goods.

Armenia is set to receive 315 million US dollars in loans from the International Monetary Fund (IMF), which will be used help the country overcome the economic impact of the coronavirus pandemic. Armenia’s government approved the stand-by facility this week, having originally signed a deal with the IMF on May 23.

Azerbaijan has ordered everyone to stay home this weekend in big cities, including the capital Baku, in tightened coronavirus restrictions after the country’s number of infections rose. Citizens will be allowed out of their homes on Saturday and Sunday only with permission from law enforcement agencies to receive medical care or to take part in funerals of relatives. All shops and other services will be closed, and public transport will be suspended.

The European Investment Bank (EIB) has signed an agreement with Ukraine to facilitate the preparation of the country’s Public Buildings Energy Efficiency project. The project is expected to be financed by a 300 million-euro EIB loan and by substantial grant contributions from the EU, and will increase energy efficiency in more than 1,000 buildings (mainly kindergartens, hospitals and schools).

Estonia is set to create digital nomad visa that would allow people to come to Estonia as a tourist and at the same time continue working for a foreign employer or as a freelancer independent of location. According to the Estonian interior ministry, Estonia is one of the first countries in the world to create such a visa. “The digital nomad visa will strengthen Estonia’s image as an e-state and helps Estonia be more influential in the global arena,” the country’s interior minister, Mart Helme, said in a statement.

Lithuania’s Transport Ministry has proposed setting up a national airline, which would not own any aircraft but would purchase flight hours and services from other carriers. The virtual airline would still use its own brand, similarly to Estonian carrier Nordica. The airline would be funded by the state and would make Lithuania “independent of foreign air carriers’ constantly changing strategies”, the ministry said on Thursday.

Eesti Energia has signed a new 70 million-euro loan agreement with the EIB to support financing the roll-out of a passive fibre access network in Estonia. The maximum tenor of the debt facility is 14 years, with an availability period of three years. The network will provide Very High Capacity (VHC) broadband services with download speeds of 1 Gbps to about 266,000 households. 47,000 of these households are located in areas with insufficient broadband connectivity and about 219,000 in areas with limited broadband service offerings.

Bosnia and Herzegovina’s central government agreed on Tuesday to distribute emergency aid it has received to combat the coronavirus crisis from the International Monetary Fund after six weeks of political wrangling, Finance Minister Vjekoslav Bevanda said. The IMF in April gave Bosnia a loan of 333 million euros under its Rapid Financing Instrument, double the originally agreed amount, but Croat and Bosniak ministers in the national government could not agree on the legal procedure for disbursing the funds.

Croatia has launched tenders for geothermal energy exploration on four blocks in the country’s northern and eastern areas, the country’s Agency for Hydrocarbons (AZU) said on Wednesday. “The geothermal potential in these areas has already been identified during earlier gas and oil exploration works which now reduces the risks and costs for future investors,” said AZU in a statement.

European Commissioner for Enlargement Olivér Várhelyi looks set to put forward negotiation frameworks for Albania and North Macedonia to the EU Council as early as next week. The news was confirmed by the Director of the Western Balkans at the European Commission, Genoveva Ruiz Calavera. “Yes indeed, we are working on the last details of these important documents that set the framework for which negotiations for Albania’s and North Macedonia’s accession to the EU will take place,” said Calavera.

EU Special Representative for Serbia and Kosovo Miroslav Lajcak is expected to visit Prishtina and Belgrade this month to prepare the ground for resumption of dialogue on normalisation of relations between the two countries. One EU source this week said that a deal was possible “within months”.