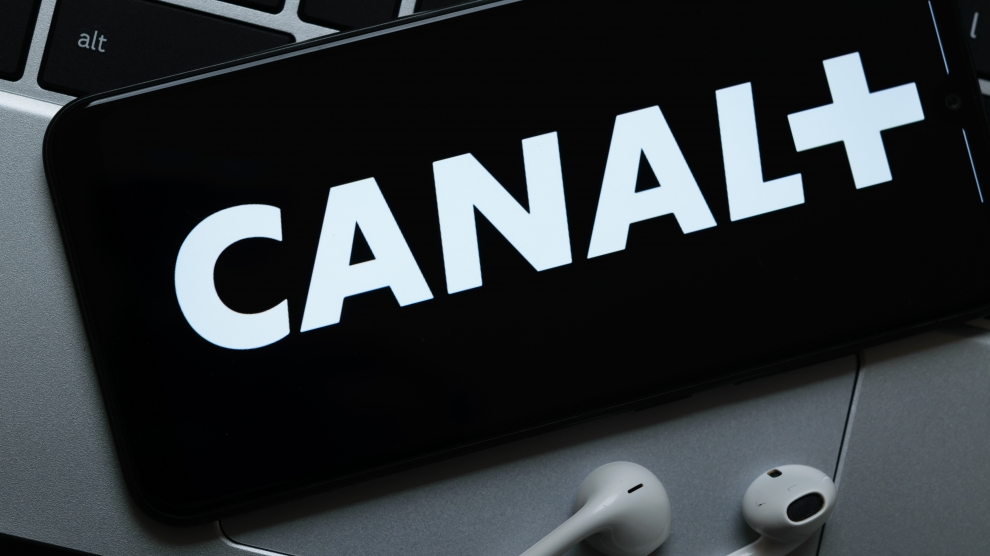 Polish pay-TV platform Canal+ Polska this week set its maximum price in an initial public offering (IPO) at 60 zloty (13.14 euros) per share ahead of its planned debut on the Warsaw Stock Exchange on November 23, it said in a statement on Tuesday. US television and broadband company Liberty Global and Polish broadcaster TVN Media, owned by US group Discovery, plan to sell their stakes in the company. Liberty Global has a 17 per cent shareholding and TVN holds 32 per cent. French media group Vivendi, which owns 51 per cent of Canal+ Polska, is not selling its shares in the offering. The maximum price set means shares offered will be worth 1.297 billion zloty (284 million euros).

Hungarian state-owned Budapest Bank, MKB Bank and savings group Takarekbank have signed a deal to form Hungary’s second-largest banking group. The deal was widely expected after the three banks announced a strategic alliance in May. It marks a new chapter in the shake-up of a banking system that has seen local players gain influence under Prime Minister Viktor Orbán. The Hungarian state will have a 30.35 per cent stake in the new group, to be called Magyar Bankholding. The owners of MKB Bank will hold 31.96 per cent and Takarekbank will have 37.69 per cent.

The US State Department has cleared the sale of modernisation, logistics support and related equipment for Romania’s F-16 fighter jets for an estimated cost of 175.4 million US dollars (150 million euros), the US Defense Security Cooperation Agency (DSCA) said on Wednesday. Romania’s government has asked to buy upgrades to the avionics, software, communication equipment, navigational aids, and cockpit of its Mid-Life Update (MLU) Block 15 F-16 aircraft fleet along with additional logistics support, DSCA said. The proposed sale will enhance US national security objectives in the region and will improve Romania’s capability to meet current and future threats by upgrading its avionics to meet interoperability requirements for encrypted communications systems used by NATO forces, DSCA added.

French multinational rolling stock manufacturer Alstom said on Tuesday that it was awarded a 100 million euros contract to supply 13 metro trains to Bucharest underground system operator Metrorex. The contract has an option for a further 17 trains and its total estimated value could climb to 240 million euros, Alstom said in a statement. The deal is Alstom’s first rolling stock contract in Romania.

Gazprom filed an appeal in a court in Poland on Wednesday to challenge a hefty fine imposed on it for its part in the Nord Stream 2 pipeline, the Russian gas producer said. Poland last month fined Gazprom more than 29 billion zlotys (6.43 billion euros) for building the pipeline without Warsaw’s approval.

About 40,000 civilians have fled from Nagorno-Karabakh into Armenia, where they are being accommodated in schools, hotels, and in volunteers’ homes. Azerbaijani forces began an offensive at the end of September to retake control of the disputed territory, and despite a number of attempts by Russia, the EU and the United States to broker a ceasefire, fighting continues.

Moldova’s presidential election will go to a run-off on November 15 after results from the first round of voting showed that opposition leader Maia Sandu held a small lead over her main opponent, the incumbent president Igor Dodon. The country’s central election commission’s data showed that Sandu, a former prime minister, had taken 36.1 per cent of the vote, with Dodon on 32.66 per cent.

Georgia’s ruling Georgian Dream party is set to enter parliament alone after all of the country’s opposition parties refused to accept the results of a general election held on October 31. While nine other parties passed the one per cent threshold to enter parliament, all have accused Georgian Dream of stealing the vote through bribery, intimidation and falsification. International observers said that while they did detect a number of irregularities, including the use of administrative resources by the ruling party, the results were nevertheless generally free and competitive.

The European Bank for Reconstruction and Development (EBRD) said on Tuesday it approved a 15 million euro senior unsecured loan to Moldova-Agroindbank (MAIB), to be used to finance investments by local small and medium-sized enterprises. The loan, approved in the context of the EBRD’s response to the Covid-19 pandemic, will enable MAIB to extend loans to SMEs for investment in technology and equipment upgrades necessary to meet EU standards in terms of product quality, health and safety measures and environmental preservation. The EBRD and two equity firms, Horizon and Invalda, jointly acquired a 41.09 per cent stake in MAIB in October 2018.

Estonia’s Tallink Group, which operates ferries in the Baltic Sea, this week announced a net loss for the third quarter of 2020 of 23.9 million euros, and that it will make a loss for the year as a whole. The group said that ticket revenue had decreased by 58.6 per cent, on board sales by 50.6 per cent, cargo revenue by 21.5 per cent and hotel accommodation revenue by 73.2 per cent compared with the same period of 2019. 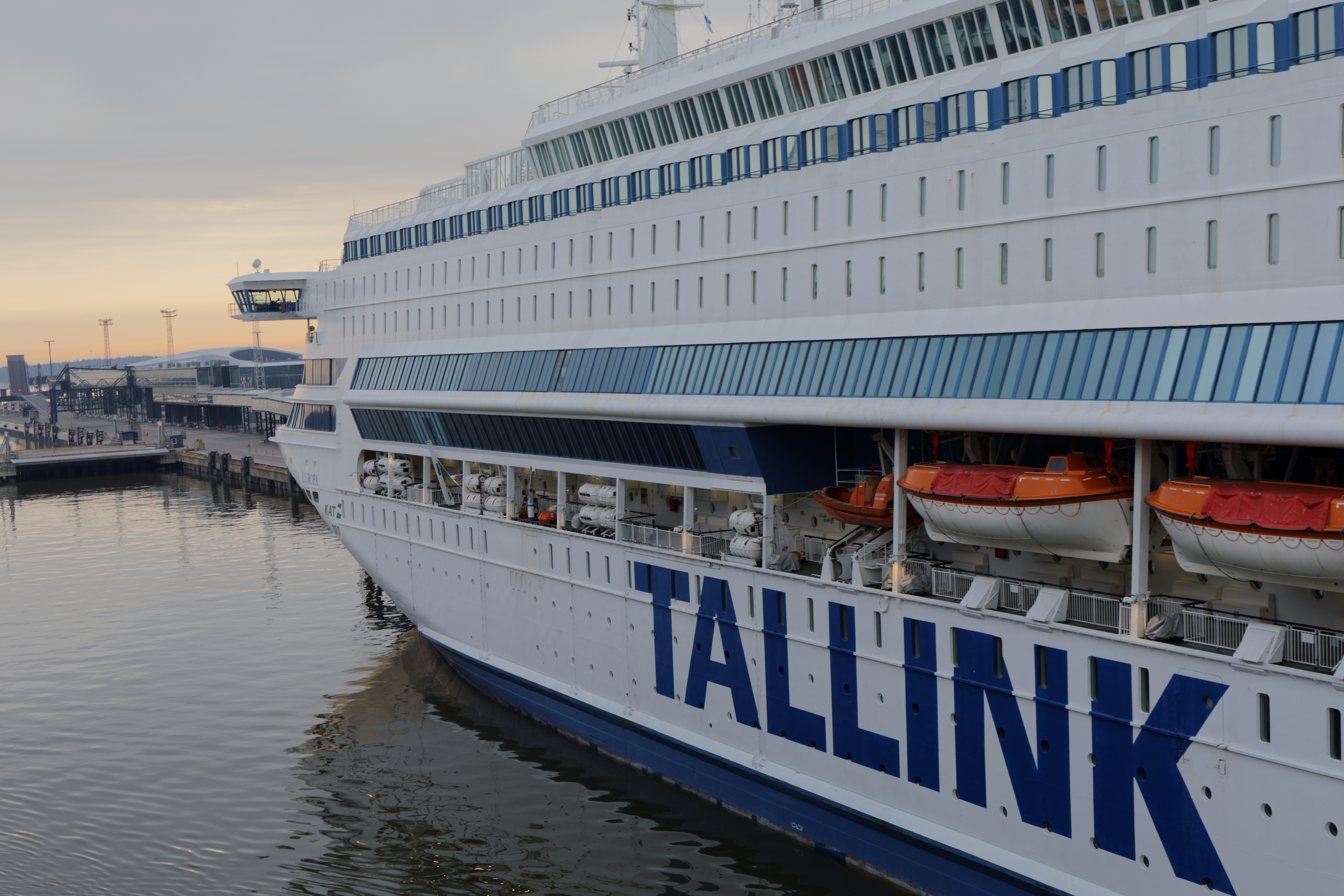 Latvia’s government this week approved a support scheme for hotels hit by the Covid-10 pandemic. Around 4.7 million euros will be made available to some 200 hotels to help them cover operational costs, including wages, utilities and other expenses. Support will remain available until June 2021.

The Lithuanian government decided on Wednesday to put the country under a nationwide quarantine. The measure will come into effect on Saturday and will last at least until November 29. “In view of the unfavourable Covid-19 epidemiological situation, we propose a quarantine throughout the territory of Lithuania,” said Health Minister Aurelijus Veryga.

Kosovo’s President Hashim Thaçi, a guerrilla leader during Kosovo’s war for independence from Serbia in the 1990s, resigned on Thursday in order to face charges for war crimes and crimes against humanity at a special court based in The Hague. Thaçi announced his resignation at a news conference on Thursday in Prishtina, Kosovo’s capital. He said he was taking the step “to protect the integrity of the presidency of Kosovo.” Thaçi was indicted by a Kosovo court based in The Hague which was set up to try alleged crimes of former ethnic Albanian rebel leaders.

The 90-year-old patriarch of the Serbian Orthodox church has been hospitalised after testing positive for the coronavirus, days after leading prayers at a large public funeral for the head of the church in Montenegro, who died after contracting the virus. The Serbian Orthodox church said late Wednesday that Patriarch Irinej was hospitalised but had no Covid-19 symptoms and was in “excellent general condition.”

Albania’s central bank decided to keep its key interest rate unchanged at 0.5 per cent, as it sees the current monetary policy stance as adequate, according to governor Gent Sejko. The central bank also decided to hold the interest rate on overnight deposits at 0.10 per cent, and the rate on the overnight lending at 0.90 per cent, Sejko said in a statement on Wednesday. However, the central bank governor warned that the expected macroeconomic developments remain on the downside due to the worsening epidemiological situation and its deeper impact on the economy, slowing down the recovery and affecting production capacities.

Kyrgyzstan’s parliamentary speaker Kanat Isayev announced on Wednesday that he intends to step down from the role in order to run for president of the country. Isayev explained that the move comes after the Kyrgyzstan party, which he heads, nominated him for the head of state in the upcoming January 10 presidential election. Isayev will challenge interim president Sadyr Japarov, who took office on the back of protests that swept the country in October following a contested parliamentary election.

The former health minister of Kazakhstan, Yelzhan Birtanov, who was diagnosed with Covid-19 early into the outbreak, has been arrested on charges of embezzlement. The finance ministry’s oversight department reportedly said in a statement on November 3 that a court had authorised the detention of Birtanov, pending investigations. No further details have so far been disclosed.

Uzbekistan will fully or partly privatise over 620 state-owned companies and properties to accelerate the Central Asian nation’s transition to a market economy, a presidential decree announced this week. The decree includes 32 of the largest state companies, including energy firm Uzbekneftegaz, gold and uranium miner Navoi Mining and Metallurgy Combine, Uzbekistan Airways and Uzbekistan Railways companies, and the Uzautosanoat car maker. The privatisation campaign, the country’s biggest yet, is part of President Shavkat Mirziyoyev’s broader programme to implement market reforms.