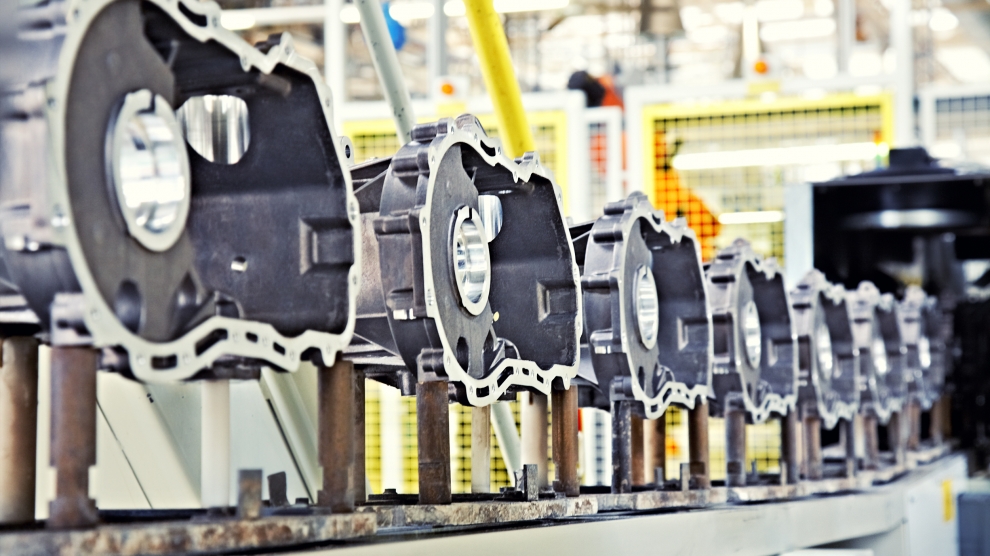 Output of Hungary’s automotive industry, an engine of industrial growth under normal circumstances, fell 80 per cent year-on-year in April because of shutdowns to contain the spread of the novel coronavirus, a detailed reading of data released this week by the Central Statistical Office shows. Vehicle manufacturing fell by 94 per cent and parts manufacturing by 69 per cent. The automotive sector usually accounts for around a quarter of Hungary’s industrial output.

The Baltic Pipe linking Poland with Norway’s gasfields will be fully financed within a month and is on schedule despite the coronavirus pandemic, according to Tomasz Stepien the chief executive of Poland’s Gaz System. The project, a joint enterprise between Gaz System and Denmark’s Energinet, will help Warsaw cut its decades-long dependence on Russian gas and offer it a chance to became a central European gas hub.

Bulgaria has taken part in a capital increase by First Investment Bank (Fibank), which is raising money to cover a capital shortfall found by European Central Bank stress tests last year. Fibank is selling 40 million new shares to raise 200 million leva (116.1 million US dollars) to help it to cover the capital shortfall.

Romania’s exports plunged by 47 per cent in April compared to the same month of 2019, to 2.93 billion euros, the country’s statistics office announced this week. Exports to European Union member states dropped by over 50 per cent, while exports to non-EU countries decreased by 38 per cent. Romania’s imports in April were 34 per cent lower than in the same month last year.

The lower chamber of Romania’s parliament passed a bill suspending the sale of state-owned shares in companies for two years, drawing criticism from prime minister Ludovic Orban and investors. According to the bill, the two-year ban on the sale of state-held shares in local companies aims to protect national interests amidst the economic crisis caused by the coronavirus pandemic.

The European Investment Bank (EIB) is lending Czechia’s Pardubice region two billion Czech koruna (79.3 million euros) to finance infrastructure in transport, healthcare, education, and culture. The investments will aid in upgrading the quality and safety of regional roads and renovating public buildings. The newest loan is a continuation of a 13-year collaboration between the EIB and the Pardubice region, with the total of EIB’s loans now reaching 202 million euros.

The European Commission has green-lighted 500 million euros for Ukraine, the second tranche of a Macro-Financial Assistance package for the country. The release of the EU money follows the International Monetary Fund’s approval this week of a new cooperation programme with the Ukrainian authorities.

The government of Georgia is set to borrow 4.47 billion lari (1.28 billion euros) to help it through the economic the crisis caused by the coronavirus pandemic, according to a new budget for 2020 presented this week. The emergency funding has been borrowed from a number of international financial institutions, including the World Bank, the Asian Development Bank and the International Monetary Fund. Overall, in 2020 Georgia will increase foreign debt by 6.1 billion lari, and domestic debt by 1.8 billion lari. The country’s budget deficit is set to increase from 2.5 per cent to 8.5 per cent.

Armenia said on Friday it had extended a state of emergency over the coronavirus outbreak until July 13 as the number of daily infections continues to rise. Despite the extension of the state of emergency, almost all sectors of the Armenian economy are functioning after businesses reopened in early May to prevent it from collapsing.

Security officials in Belarus on Thursday raided the local unit of Russia’s Gazprombank, which until recently had been headed by Viktor Babariko, one of President Alexander Lukashenko’s main rivals in a presidential election due in August. A spokesman for the State Control Committee said the raid was connected to an investigation into tax evasion. Officials at Belgazprombank were not immediately available for comment.

Azeri oil exports through the Baku-Tbilisi-Ceyhan (BTC) pipeline via Georgia and Turkey fell by 6.6 per cent year on year in January-May 2020 to 12.529 million tonnes, the country’s State Statistics Committee said this week. The BTC pipeline is used to export oil from the Azeri, Chirag and Guneshli oilfields operated by BP. Azerbaijan’s total oil exports in January-May totalled 15.646 million tonnes, about 80 per cent of which flowed through the BTC.

Danske Bank has agreed to sell its remaining Estonian portfolio to local bank LHV, marking an end to a unit that was at the centre of one of Europe’s biggest ever money laundering scandals. In February last year Estonia’s financial regulator ordered Denmark’s biggest bank to leave the country after the lender admitted that 200 billion euros in suspicious payments had been made via its Tallinn branch.

Lithuania’s president, Gitanas Nausėda, says there is still room to seek an agreement among the three Baltic countries on electricity trade with Belarus following the launch of the Astravets nuclear power plant. “I believe we still have room to seek an agreement among all the states and we’ll definitely do so,” Nauseda told a news conference on Wednesday. Reaching an agreement with the other two Baltic countries is important as Lithuania plans to bar market access for Astravets electricity once the plant comes online later this year.

Latvia’s government has lifted the state of emergency declared due to the Covid-19 pandemic while some restrictive measures remain in place. Masks are still compulsory on public transport and gatherings are limited to 100 people indoors and 300 outdoors. Unlike some other emerging Europe countries, Latvia never declared a nationwide quarantine and most businesses remained open albeit under stringent safety rules.

Latvia’s economy meanwhile is forecast by the Organisation for Economic Cooperation and Development (OECD) to shrink by more than 10 per cent this year. The OECD this week suggested Latvia is in for “a severe recession”. “Economic growth slowed before the pandemic started and is projected to contract sharply in 2020, despite a relatively lenient lockdown,” said the OECD. “Investment will drop and stay low throughout 2021, particularly should a second lockdown be necessary. Unemployment is projected to increase and remain elevated due to a slow recovery of labour-intensive sectors. Public debt will soar but will stay low relative to other OECD countries.”

Albania issued a 650 million-euro seven-year Eurobond this week with a coupon of 3.625 per cent, up from 3.50 per cent on its seven-year Eurobond issued in 2018. Minister of Finance and Economy Anila Denaj and minister of reconstruction Arben Ahmetaj said that the government plans to use 250 million euros of the raised funds to repay debt on a Eurobond issued in 2015. The remaining 400 million euros will be used to meet financing needs for 2020.

North Macedonia’s economy minister Kreshnik Bekteshi said that the government has approved a proposal to support the private sector in the post-Covid-19 period by providing a total of 20 million euros to businesses for new investments. The financial support is part of the government’s third package of measures to curb the economic effects of the coronavirus crisis.

None of the emerging Europe countries looking to join the euro meet all the accession criteria and some may be diverging from the long-set rules of euro membership, the European Central Bank said in a report on prospective members. Although Croatia and Bulgaria are both in the process of applying and have made progress, both struggle with some criteria, particularly with regard to governance, an area the EU in increasingly focusing on, the ECB’s biennial convergence report, published on Wednesday, showed.

Montenegro’s majority state-owned power utility EPCG has signed a contract worth 54 million euros with a consortium led by China’s Dongfang Electric for the reconstruction of Pljevlja coal-fired power plant. EPCG will finance the reconstruction works mainly from own sources, the company said in a statement. The work will be completed in 2023 and will increase the service life of the thermal power plant by 30 years.

The Helsinki Committee for Human Rights in Serbia said this week that the EU-facilitated dialogue between Kosovo and Serbia should end with an agreement granting Kosovo recognition from Serbia under current borders. In a statement, the Helsinki Committee called on the European Union to resume dialogue between Prishtina and Belgrade within the original framework, focusing on full normalisation of relations between the two countries and the recognition by Serbia of Kosovo’s sovereignty and territorial integrity within its existing borders.

Serbia has signed a deal with China’s Shandong Hi-Speed Group worth 158 million euros for the construction of a high-speed road linking Valjevo to Milos Veliki, which is part of European transport Corridor XI. Corridor XI runs through Serbia from the country’s northeastern border with Romania to the southwestern border with Montenegro. The construction of the 18.3 km high-speed road will start by the end of June.