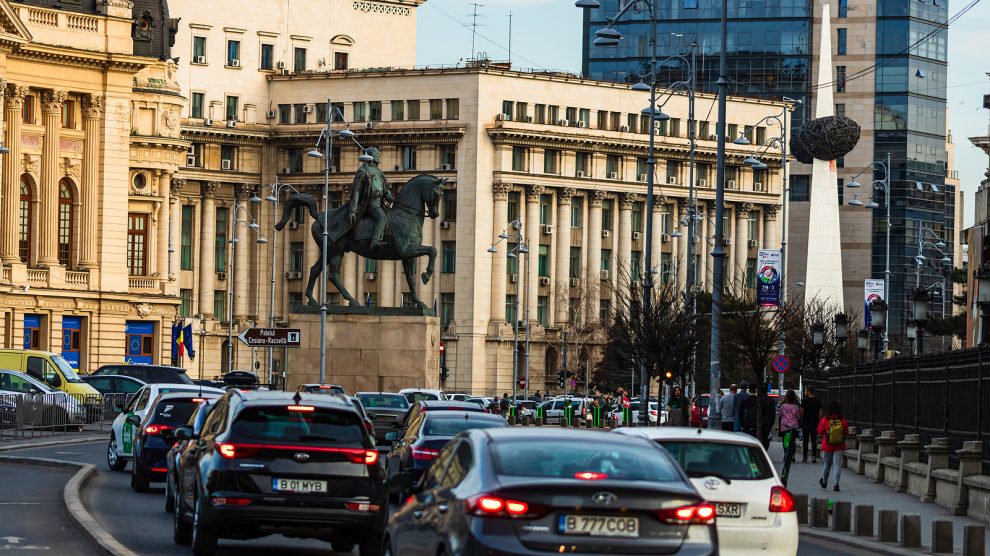 The European Commission this week announced that it has begun an infringement procedure against Hungary over the country’s controversial law that requires non-governmental organisations to disclose foreign donors. The European Union’s top court ruled last year that the law “introduced discriminatory and unjustified restrictions with regard to both the organisations and the persons granting them such support”, in breach of fundamental EU rights, including on protection of personal data and freedom of association.

Slovenia’s prime minister, Janez Janša, has survived a no-confidence vote in parliament over his handling of the Covid-19 pandemic. The conservative politician had been accused by the opposition of using the health crisis to undermine the rule of law and weaken institutions. But after a vote in the country’s National Assembly late on Monday, Janša won enough support to stay in power. The no-confidence motion was supported by just 40 MPs in the 90-seat chamber, with a majority of 46 needed to oust the government.

Croatia is discussing with Moscow the possibility of importing Russia’s Covid-19 vaccine, and the government has asked the country’s drugs regulator to consider approving the shot without waiting for the EU, Health Minister Vili Beros said on Wednesday. EU countries have so far lagged far behind the US and world-leader Israel in distributing vaccines, creating political pressure on governments to speed up the roll-out. Croatia’s neighbour Hungary, often at odds with Brussels, is so far the only EU country to start using Russian and Chinese vaccines without waiting for approval from the EU drugs regulator.

Czechia’s ruling coalition is split over a plan to reopen shops and schools. Prime Minister Andrej Babiš’s minority cabinet is under pressure from the public and the opposition to ease Covid-19 lockdown measures that have shut most of the nation’s shops, bars, restaurants and schools. Babiš’s ANO party wants to reopen stores next week and return children to in-class learning in March. Its coalition partner, the Social Democrats, are against the move. Since the start of the pandemic, 18,739 people have died because of Covid-19 in Czechia, around half in the past two months.

Sales of soft drinks in Poland have fallen by 16 per cent following the introduction of a new sugar tax, Poland’s Market Monitoring Centre (CMR) said on Thursday. According to the CMR, the tax – introduced in January – has raised non-alcoholic beverages prices by more than 10 per cent, and of flavoured mineral waters and ice tea by 15 per cent.

Bulgarian authorities said this week that they had confiscated more than 400 kilograms of heroin from a ship traveling from Dubai that was transporting construction materials from Iran. Prosecutor Vladimir Chavdarov said on February 16 that the drugs were divided into 487 packages and hidden among asphalt rollers, which the ship was carrying. Customs officials in the Black Sea port of Varna valued the seized heroin at about $22 million. Prosecutors said the owner of the importing company and a customs official had been detained and charged with drug trafficking.

Georgia’s prime minister resigned on February 18 following a court ruling that could see the head of the country’s main opposition party placed in pre-trial detention. Giorgi Gakharia, who had been PM since September 2019, said in a statement that he was resigning due to disagreements with his own team over the treatment of opposition leader Nika Melia, the chairman of the United National Movement (UNM). The previous day, a court in the capital Tbilisi granted a request from prosecutors to place Mr Melia in preventive custody, on charges that the UNM and other opposition groups claim are politically motivated. Mr Melia is accused of organising “violent mass protests” during demonstrations against the Georgian government in 2019. He faces up to nine years behind bars if convicted.

A court in Belarus on Thursday jailed two female journalists on charges of violating public order after they covered a protest against the nation’s authoritarian president. The court in Minsk handed two-year sentences to Katsiaryna Andreyeva and Daria Chultsova of the Belsat TV channel. They were arrested in November while covering a protest in the city and charged with “organising actions rudely violating public order,” accusations they have denied. The US Embassy in Belarus has called for their release and is urging Belarusian authorities to stop prosecuting journalists for doing their jobs.

Russian authorities this week detained several Crimean Tatar activists after their homes were searched in Ukraine’s Russian-occupied and controlled Crimea region. The Crimean Solidarity group told RFE/RL on February 17 that the searches were conducted at the homes of Abdulbori Makhamadaminov, Azamat Eyupov, Timur Yalkabov, Ernest Ibragimov, Oleh Fyodorov, Lenur Seydametov, and Yashar Shikhametov in different towns and cities across Crimea. Ukrainian Ombudswoman Lyudmyla Denisova said in a statement that all of the men were taken to the FSB’s directorate in Crimea after the searches. Rights groups and Western governments have long denounced what they describe as a campaign of repression by the authorities in Crimea, who target members of the Turkic-speaking Crimean Tatar community and others who have spoken out against Moscow’s 2014 occupation of the peninsula.

Japan on Tuesday said it decided to extend an emergency aid grant to Armenia and Azerbaijan totalling 4.8 million US dollars, in response to the humanitarian crisis created as a result of last year’s six-week conflict over Nagorno-Karabakh. Fighting erupted between Azerbaijan and ethnic Armenian forces in September and ended in November following the negotiation of a Russian-brokered peace deal. “This [aid] will provide assistance for improving living conditions such as repairs of shelters and medical support, as well as provision of relief supplies,” the Japanese foreign ministry said in a statement.

Estonia’s foreign intelligence agency said on Wednesday that Russia is counting on the Covid-19 pandemic to weaken unity in the West which would help Moscow gain a more prominent role in international affairs and lead to “declining Western influence on the global stage.” The Kremlin thinks the pandemic will force Western nations to focus on domestic policy and economic problems and facilitate the emergence of populist and extremist movements, the Estonian Foreign Intelligence Service said in its annual report. “For its part, Russia is prepared to add fuel to the flames to encourage these trends,” the report states.

Hairdressers in Latvia are taking the unusual step of offering their services in snowy forests or on frozen lakes to protest Covid-19 restrictions. “We cannot work otherwise,” hairdresser Diana Silina told the AFP news agency as she prepared her equipment on the icy surface of a lake outside the capital Riga. Hairdressing and spa salons have been closed in Latvia since December 21 and outdoor contacts are limited to a maximum two people – so hairdressers are only taking one client at a time. “We don’t know whether even this way is fully legal, but we must try, otherwise we have no income at all,” Silina said.

North Macedonia this week launched its Covid-19 immunisation campaign with doctors and other medical staff treating coronavirus patients being administered the Pfizer/BioNTech vaccine. Dobrinka Naunova-Jovanovska, a doctor in the main Covid-19 centre in the capital, Skopje, said she felt “great” after becoming the first person to receive an injection. “It is the only way to protect ourselves from this type of infection that has plagued us for the last year [and] with which the whole world is struggling,” she said. The country’s first batch of vaccines, 4,500 in number, have been donated by neighbouring Serbia.

The United States on Tuesday called on Kosovo’s incoming leader to prioritise normalisation negotiations with Serbia, after he vowed to take a new tack. “The United States strongly supports the EU-facilitated dialogue between Kosovo and Serbia aimed at a comprehensive normalisation agreement, which should be centered on mutual recognition,” State Department spokesman Ned Price told reporters. “We will encourage the new government once formed to prioritize those negotiations,” he said, as he congratulated Kosovo on its election. Mr Kurti’s Vetëvendosje party won almost 50 per cent of the vote in a parliamentary election held on February 14, but has previouslu said that relations with Serbia would now have to take a “back seat”.

Meanwhile, new US President Joe Biden has said that Kosovo holds a “special place” for his family because of the time his late son Beau spent in the Balkan country, where he helped to strengthen the rule of law. Biden made the remark in a letter sent to acting president Vjosa Osmani on the occasion of Kosovo’s independence day. Osmani made the contents of the letter public on February 16.

Conservationist groups urged the Albanian government this week to rescind a decision to build a airport they say would seriously damage the country’s western wetlands. A coalition of 37 Albanian and international organisations on said the construction of the airport near the protected area of Vjose-Narta ”would irreversibly damage its eco-system sheltering many birds.” The government has launched an international tender to build the 86 million euros airport in Vlora, 140 kilometers (90 miles) southwest of the capital Tirana. “Such an investment would bring about uncontrolled and unsustainable development models that would irreversibly damage the natural values and resources of the area,” the coalition of NGOs said in a statement.

Uzebkistan this week announced plans to accelerate the development of artificial intelligence (AI) in the country. Uzbekistan will create a dedicated institute for the development of AI, as well as launch several pilot projects in nine areas in 2021-2022, including banks, agriculture, finance, taxes, pharmaceuticals, healthcare, transport, energy, e-government. In addition, the country’s universities will allocate 130 (100 undergraduate and 30 undergraduate) grant places for AI training.

Kazakh activist Kenzhebek Abishev, who was jailed for being linked to a political movement founded by a fugitive tycoon, was not released from prison on February 16 as expected. On February 1, a court ruled that Abishev can be released on February 16, more than three years early, for good behaviour while in prison. However, the Almaty regional prosecutor’s office appealed the ruling at the very last moment, arguing that the 53-year-old activist’s good behavior in custody is not enough to warrant his early release since he still has more than three years to serve. Abishev was sentenced to seven years in prison in December 2018 after he and two other activists were found guilty of planning a “holy war” because they were spreading the ideas of the banned Democratic Choice of Kazakhstan movement. He has since been recognised by Kazakh rights groups as a political prisoner.

German prosecutors said Monday they have charged five Tajik men with being members of the Islamic State group, accusing them of participating in a cell of the extremist organisation in Germany. Federal prosecutors filed the indictment at the Duesseldorf state court, where an alleged associate of the five was convicted last month of membership in IS for co-founding the German cell and supporting two planned attacks. He was sentenced to seven years in prison. The suspects now charged were identified only as Farhodshoh K., Muhammadali G., Azizjon B., Sunatullokh K. and Komron B., in keeping with German privacy rules.